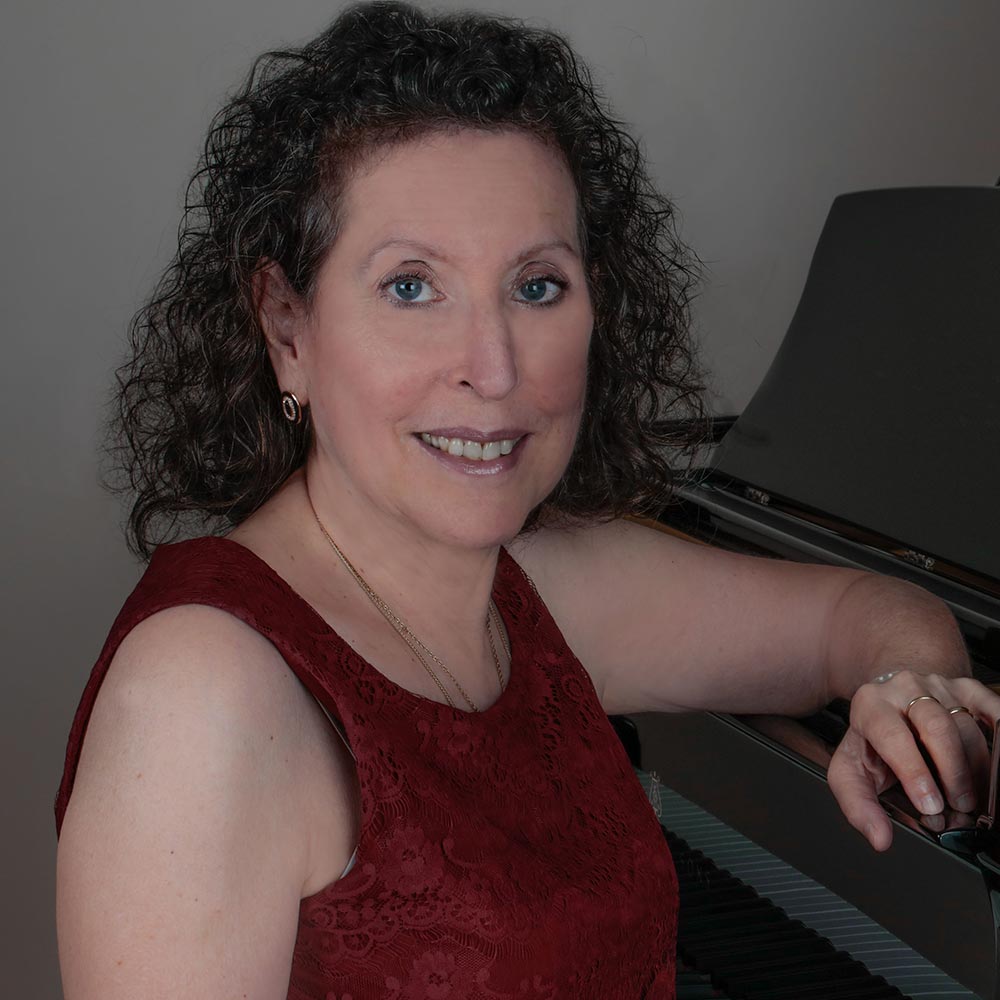 The 2014 and 2018 Latin Grammy® Nominee for Best Classical Album and 2008 Grammy® Nominee for Best Instrumental Soloist without Orchestra, pianist Allison Brewster Franzetti has received international acclaim from critics and audiences alike for her stunning virtuosity and musicality, both as a soloist and chamber musician. Her performances include the live Latin Grammy® Awards television broadcast, the Grammy® Awards Classical Music Tribute to Earl Wild and Lang Lang at the Walt Disney Concert Hall in Los Angeles, the American Classical Music Hall of Fame, the Robert Schumann Festival at the Marcella Sembrich Museum in Lake George NY, the Campeche Festival in Mexico, and at the opening of the VI International Festival of Music at the Teatro Colon in Buenos Aires, Argentina. She has been a guest artist with the Brooklyn Philharmonic (featured on NBC-TV News,) the Long Island Philharmonic, the English Sinfonia, the City of Prague Philharmonic, the Denver Symphony, the Colonial Symphony, the European Women’s Orchestra, the Montclair Orchestra, the New Jersey Intergenerational Orchestra, and the Adelphi Orchestra, amongst others. She has played the world premiere of Carlos Franzetti’s “Piano Concerto No. 2,” a piece commissioned for Brewster Franzetti as part of their 50th anniversary season, at the Teatro Colon with the Orquesta Filarmonica de Buenos Aires conducted by Javier LoGioia Urbe, as well as the European premiere with the Janacek Philharmonic conducted by Dennis Burkh, and the US premiere with the Queens Symphony Orchestra, conducted by Constantine Kitsopoulos.  Solo recital performances include her critically acclaimed debuts at Merkin Hall in New York and the Teatro Colon in Buenos Aires, her recital debut at the prestigious Wigmore Hall in London, and tours throughout the US, Mexico, Europe, and Argentina. Franzetti is the piano soloist on the soundtracks of the American/Argentine film, “Tango Fatal,” the Argentine/French film, “Ronda Nocturna,” and the French/Spanish film, “Dans le rouge du couchant.”

A prolific recording artist, Franzetti’s extensive output continued during the COVID-19 pandemic.  Recordings during this period of time include HEARD AGAIN FOR THE FIRST TIME and SOPRANO SUMMIT with saxophonist Paul Cohen for PARMA Records, MOTHER EARTH with violist Brett Deubner for PARMA Records, Anything Goes with Brett Deubner, bass, drums and string quartet, and By Request and Romances in Blue with flutists Patty Lazzara and Steve Markoff, the follow-up to their CD Timeless. Her CD with her husband composer/conductor/arranger Carlos Franzetti Buenos Aires Noir was nominated for a Latin Grammy® Award, named “Classical CD of the Month” by Jazz Station, and received a silver medal from the Global Music Awards for Outstanding Achievement. Their CD Luminosa was named one of the 25 Best Instrumental Albums of 2017 by Jazz Station. Naxos Records released a complete boxed set of Mieczyslaw Weinberg – Complete Piano Works in January 2015, which include several world premieres. Her additional collaborations with saxophonist Paul Cohen include the recordings On Common Ground and American Landscapes. 2014 CDs include her Latin Grammy®-Nominated solo recording, Alma – Piano Music of Argentina on Amapola Records and Song of My Nights – The Flute Music of David Maslanka with flutist Kimberly McCoul Risinger. 2012 and 2013 marked the release of four individual CDs dedicated to the complete piano music of Mieczyslaw Weinberg on the new Naxos label, Grand Piano, and Pierrot et Colombine on Sunnyside Records. 2011 CDs include Alborada, recorded with composer/pianist Carlos Franzetti and the City of Prague Philharmonic for Amapola Records, and Quiet City, recorded with saxophonists Christopher Brellochs and Paul Cohen, for Sono Luminus Records.  Other CDs include: Maurice Ravel – Ma Mere L’Oye, Valses nobles et sentimentales and Daphnis et Chloe Suite No. 2 on Amapola Records; Piano Concerto No. 1 and Symphony No. 2 by Carlos Franzetti on Amapola Records; the Grammy®-Nominated CD, 20th Century Piano Sonatas on the Naxos label; a CD recorded with flutist McCoul Risinger, Sonata Fantasy on Albany Records; a double concerto CD, Reflexiones, on Amapola Records;  the 2003 Grammy® Award Nominee for Best Classical Crossover Album, Poeta de Arrabal on Amapola Records; the 2002 Latin Grammy® Award Nominee for Best Tango Album, Tango Bar on Chesky Records, South American Landscapes on Premier Recordings, Scriabin/Ravel/deFalla on Amapola Records, and The Unknown Piazzolla on Chesky Records.  Also available on Amapola Records is her world-premiere recording of Piano Concerto No. 2 by Carlos Franzetti with the Janacek Philharmonic.  She is a featured soloist on the 2001 Latin Grammy® Award Winner, Tango Fatal on Amapola Records, Images Before Dawn – Symphonic Music of Carlos Franzetti on Premier Recordings, and the 1997 Grammy® Award Winner, Portraits of Cuba on Chesky Records.  She has recorded two major works by Roberto Sierra, El Mensajero de Plata and Bayoan with the Bronx Arts Ensemble for Newport Classics and Albany Records.  She has also recorded Latin American and English chamber music for the Musical Heritage Society.

As a composer, Brewster Franzetti’s compositions are included on the recordings Poeta de Arrabal and BMG Kidz. She has collaborated extensively with librettist/lyricist June Rachelson-Ospa on several projects, notably The True Colors of Weedle, Hyde and Seek, and Before the Curtain. First Comes Love, written with Diane Seymour and Amanda George, was presented by Musical Theatre Works in several cities throughout the United States.

Born in New York City, Brewster Franzetti received a Bachelor of Music degree from the Manhattan School of Music, a Master of Music degree from the Juilliard School, and a Doctorate in Musical Arts from Mason Gross School of the Arts at Rutgers University.  She has won first prizes from the Paderewski Foundation and the Piano Teachers Congress of New York as well as awards from the Kosciuszko Foundation and the Denver Symphony Orchestra. She was the recipient of the Arthur G. Humphrey Memorial Prize, two HEART (History, Education, Arts – Reaching Thousands) Grants from the Union County Board of Chosen Freeholders, the Starr Foundation, and Executive Women of New Jersey. Brewster Franzetti was appointed Concert Artist in Piano and Chamber Music at Kean University in 2001 and was elected to the honor society Phi Kappa Phi in 2002.  Kean University bestowed its first Graduate Commencement Performing Artist Award on Brewster Franzetti in 2003.  She was appointed Part-Time Lecturer at the Mason Gross School of the Arts at Rutgers University in 2010. Brewster Franzetti was Director of Chamber Music for Rutgers Community Arts, Mason Gross School of the Arts at Rutgers University, from 2013-2019.  She joined the faculty of the InterHarmony International Music Festival in 2019, Classical Hugs in 2021, and Eipianopira in 2021.  She is a member of the advisory board for the Orchestra of the Americas since 2021. 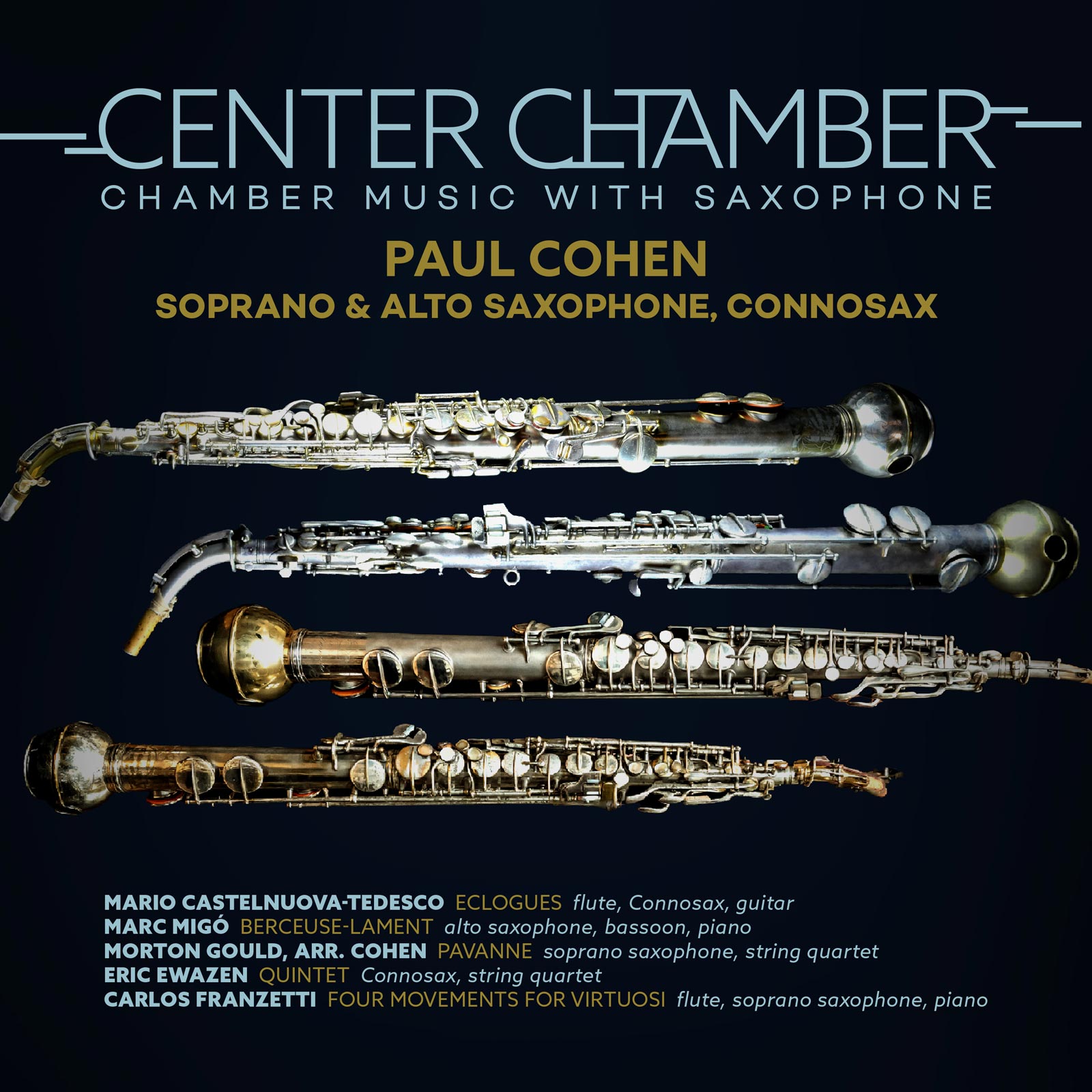 Release Date: December 9, 2022
Catalog Number: RR8082
21st Century
Chamber
Flute
Guitar
Saxophone
On CENTER CHAMBER, wind, string, and keyboard instrumentalists come together to perform a collection of original and intimate compositions that include the saxophone — particularly Paul Cohen’s conn-o-sax, a rare and long forgotten instrument given new life in contemporary works. The conn-o-sax brings a dark, contemplative quality and infuses a unique tonal and musical spirit to these often lively, brooding, and captivating works. The engaging and brilliant intimacy of the playing eloquently reveals the unique emotional and musical bonds that tie together these exceptional artists. Listeners will undoubtedly agree: CENTER CHAMBER offers a listening experience as special and engaging as the instrument it features.
Discover 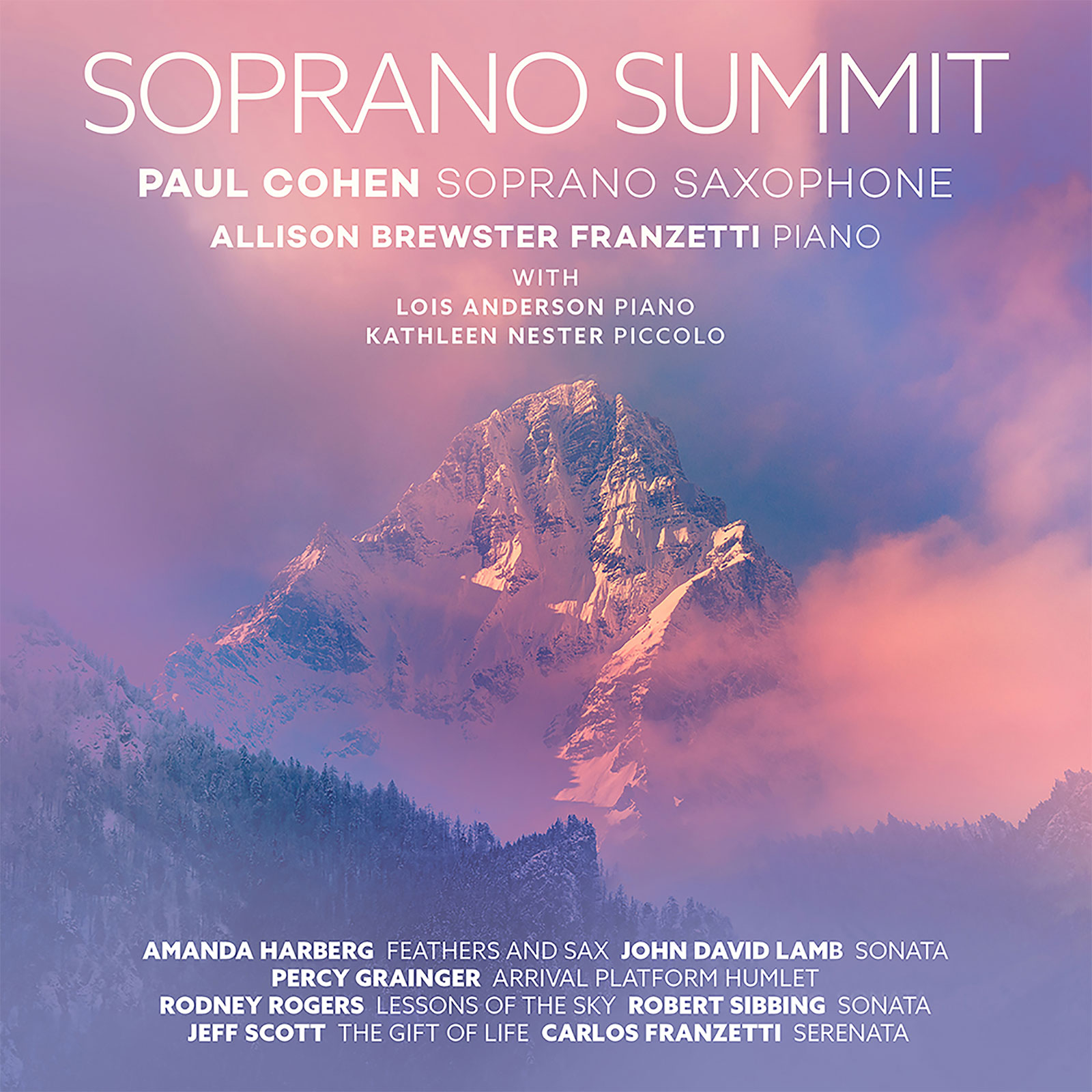 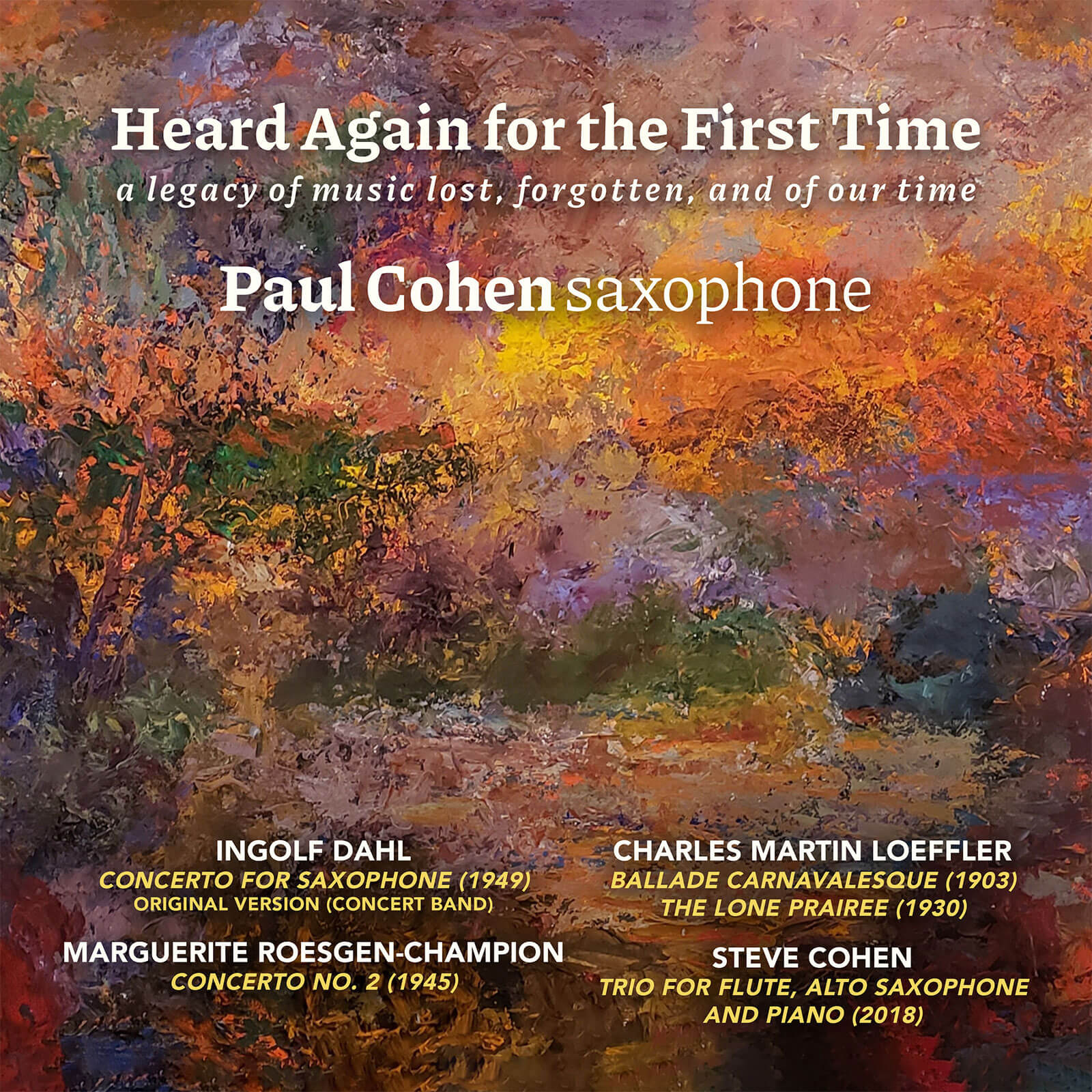 Heard Again for the First Time 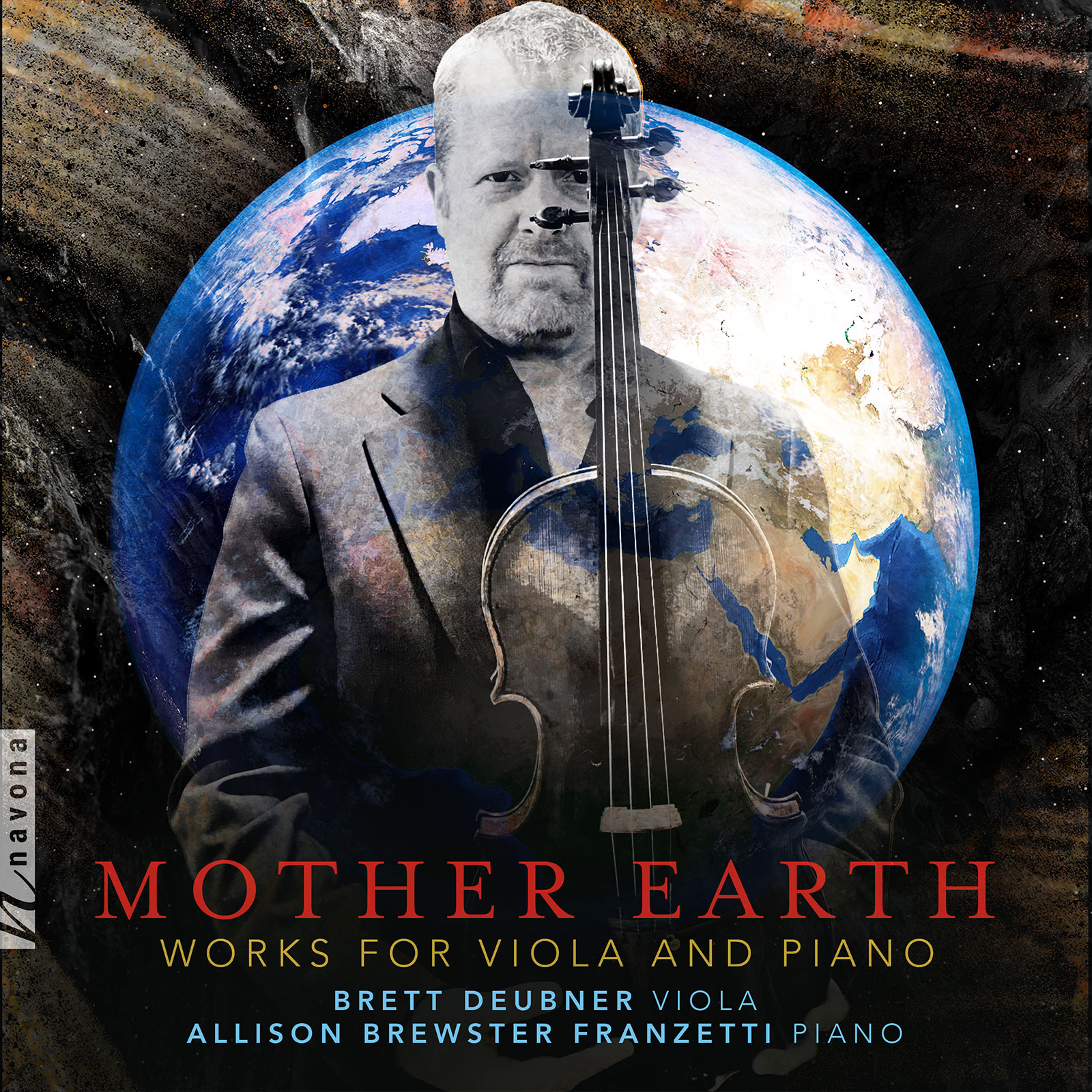