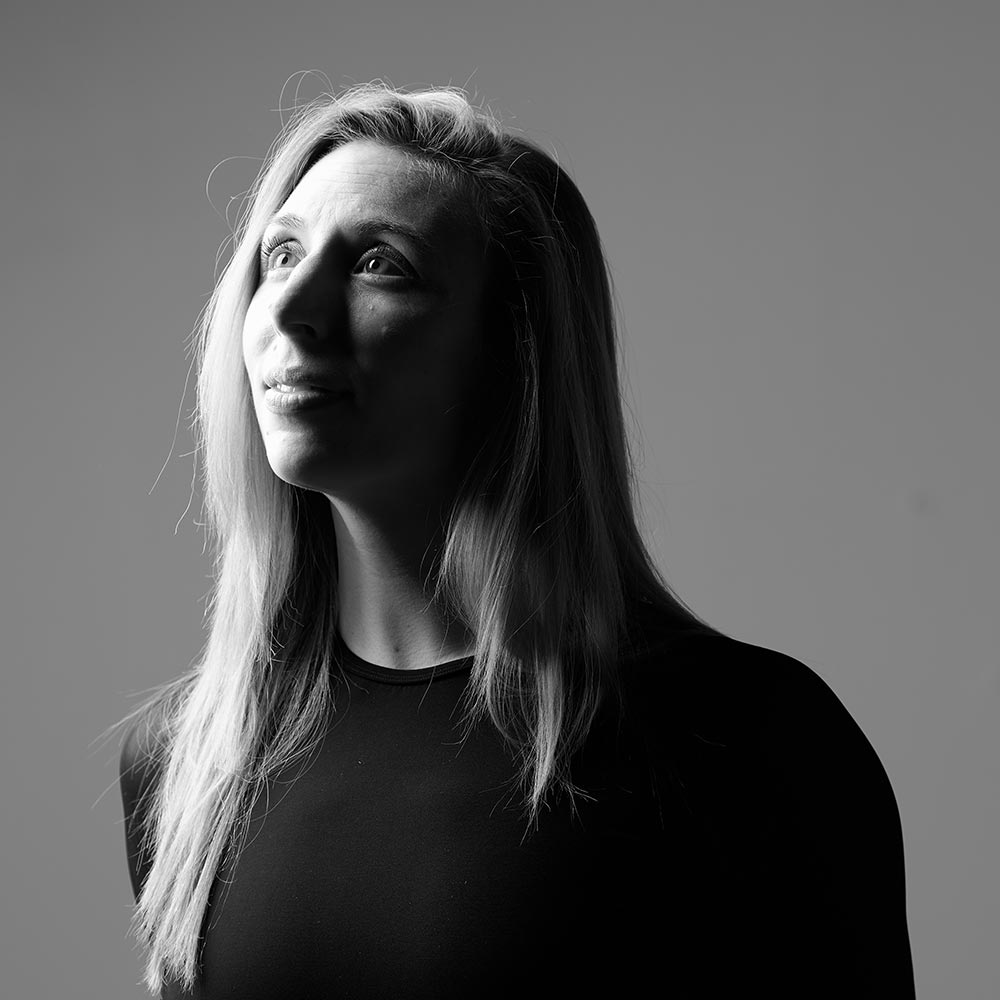 Anne H. Goldberg-Baldwin blurs the definitions of music and dance as a composer, choreographer, performer, and educator, a vanguard of interdisciplinary performance art. She is co-founder and Artistic Director of the Tempus Continuum Ensemble, a new music ensemble premiering and performing the works of emerging and living composers. Goldberg’s music has been premiered and performed by ensemble mise-en, the Boston New Music Institute, the Novatrio, NeoLit Ensemble, and at festivals such as the International Ferienkurse für Neue Musik Darmstadt and the Summer Institute for Contemporary Performance Practice at New England Conservatory. Her artistry has been featured in New York venues such as Symphony Space, the Kitchen, the Flea Theater, and many others nationally and internationally. In addition to Tempus, Goldberg is Founder and Artistic Director of dance and multimedia company, the Synthesis Aesthetics Project. Through the project, Goldberg has produced, composed, choreographed, and directed a variety of evening length productions through partnerships such as the Emerging-Artist-in-Residency at The Field.

Goldberg is a freelance performer and educator in Boston and New York on a multitude of projects ranging from recording sessions to live events. She actively commissions, records, and premieres works for English horn, oboe, and solo piano, and holds an annual call-for-scores with her collaborators at the Tempus Continuum Ensemble. She has premiered numerous composers’ pieces, including the works of Georges Aperghis, Kevin Baldwin, Mike Boyd, and others. An avid improviser, she champions graphic and indeterminate music equally alongside explicit notational styles, performing as a soloist from Avery Fisher Hall, to Cornelia Street Café, to Europe, and beyond. Her fascination with notation and performance art led her to her Doctoral dissertation subject: examining the composer-performer dichotomy from a semiological standpoint. She continues her research interests in her study in semiology of the composer-performer, the study of signs and symbols, to decipher the various stages of conception, interpretation, and reflection of pieces.

Goldberg’s educational background, although based upon the study of science, mathematics and languages, never strayed far from her passion for the arts. She graduated Phi Beta Kappa from Wellesley College with extensive coursework at the Massachusetts Institute of Technology, and received her M.M. of Classical Composition at the Manhattan School of Music under Marjorie Merryman, with influences of Nils Vigeland, Reiko Füting, and Mark Stambaugh. She received her D.M.A. under Reiko Füting, and is currently Assistant Professor of Composition at Berklee College of Music, having previously taught at Manhattan School of Music and Cornish College of the Arts in Seattle. In addition to her musical and choreographic pursuits, Goldberg is a professional figure skater, holding gold freestyle, artistry, and ice dancing titles in the United States and Canada as well as International ice dancing titles. 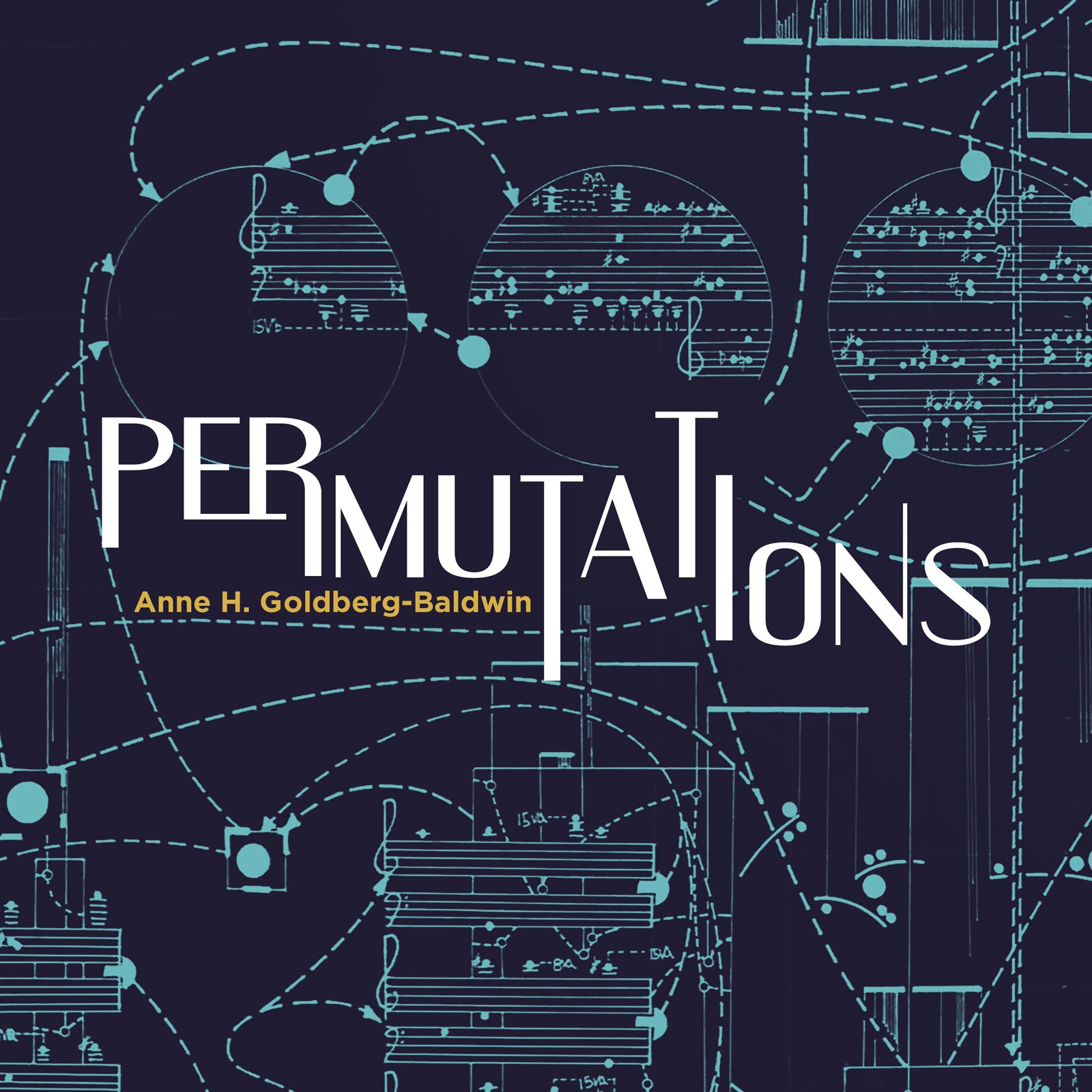 Release Date: February 10, 2023
Catalog Number: RR8085
21st Century
Solo Instrumental
Piano
Pianist Anne Goldberg and Ravello Records are proud to present PERMUTATIONS, an album highlighting Goldbergs qualities as an interdisciplinary artist. An educator, composer, and cross-disciplinary researcher, Goldberg’s artistry crosses boundaries and permeates her work as a musician with a deep-seated passion for promoting, premiering, and interpreting new music by living composers. Each piece on PERMUTATIONS was written by dear friends of the composer who explore different facets of the human experience. From deeply meditative music to tonally and rhythmically complex miniatures, each piece offers a new realm in which to get lost.
Discover