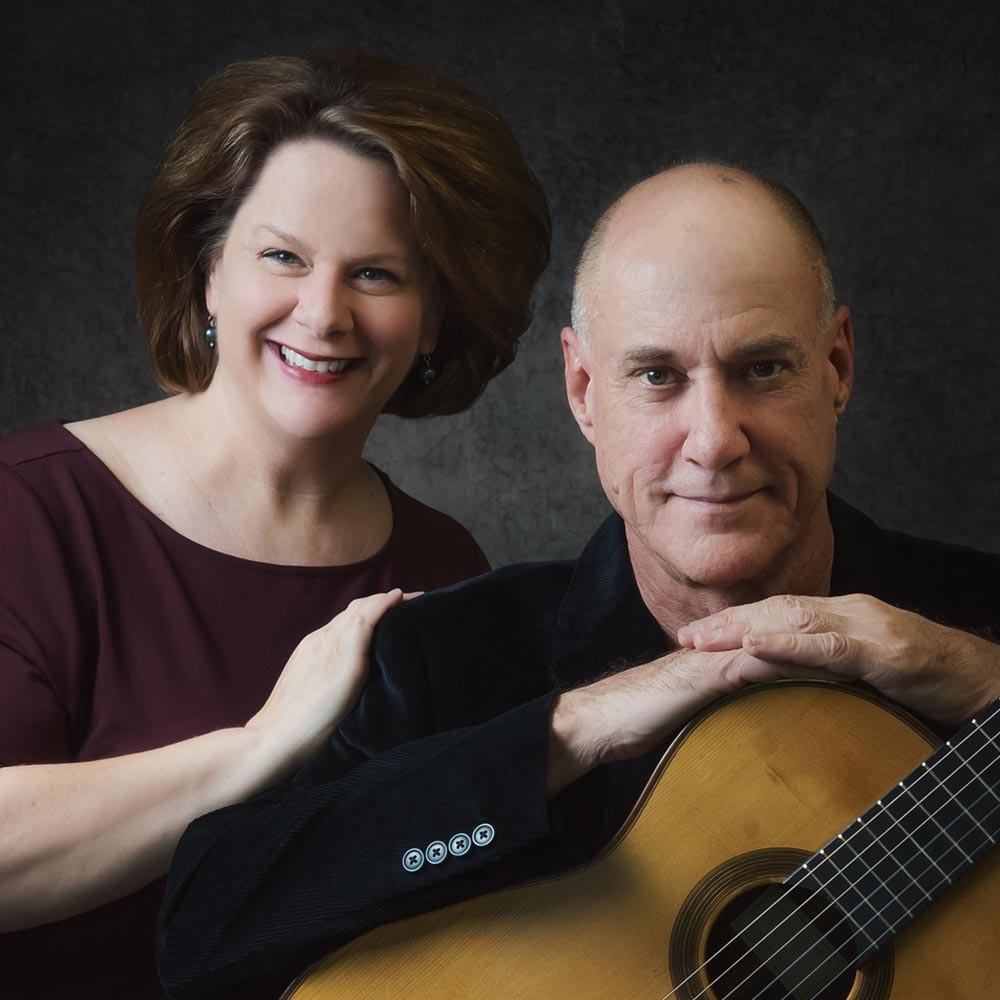 Collaborating as Duo Sureño since 1999, Nancy King and Robert Nathanson share a passion for commissioning and performing new music. As a duo, they have toured extensively throughout the United States, Germany and Austria, with world premieres most recently in Wilmington, NC and Honolulu, Hawaii. Waking The Sparrows, their newest release on Ravello Records represents an almost twenty-year journey, exploring the beauty of the human voice blended with the guitar, as expressed through the music of today’s most compelling composers.

Robert Nathanson, classical and baroque guitarist, is an active recitalist and orchestral soloist, now focusing on chamber music, with concerts throughout the United States, as well as performances in Germany, Italy, the United Kingdom, Spain, Austria, Slovenia, and Canada. He has been performing as part of the Ryoanji Duo (guitar and saxophone) and the North Carolina Guitar Quartet since 1992 and as part of Duo Sureño (guitar and soprano) since 1999. A champion of new music, Nathanson has commissioned, premiered, and recorded works by David Kechley, William Neil, Jing Jing Luo, Ernesto García de León, Leo Brouwer, John Anthony Lennon, Ernesto Cordero, Marilyn Shrude, Shih-Hui Chen and others. He has hosted several New Music Festivals, inviting composers and performers to the campus of University of North Carolina Wilmington, where he is Professor of Music, to perform, record and conduct master classes. Since 2010, Nathanson has been the Artistic Director of PRO MUSICA, a concert series celebrating the music of living composers, sponsored by and performed at the Cameron Art Museum in Wilmington, NC. In March 2016, his most recent CD, Sea of Stones: New Guitar and Saxophone Music by David Kechley, was released by Innova Records, where he serves as both performer and producer. Nathanson has also released Images, a CD of new music for guitar and saxophone, and At the Edge of the Body’s Night, a CD of new music for soprano, saxophone and guitar. Nathanson has also recorded two solo CDs, New York Sally and Exposure, on the Liscio Recording label. 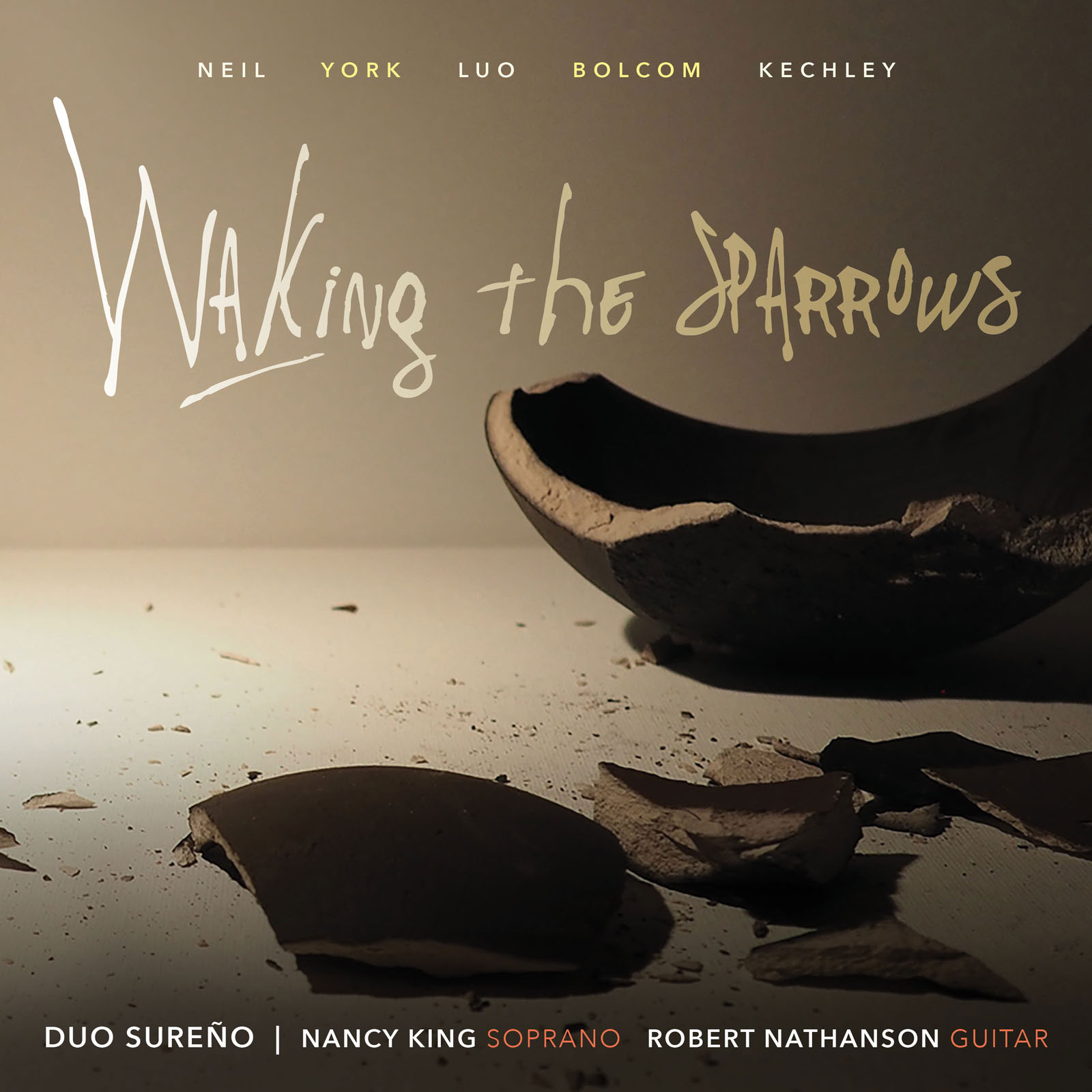 Release Date: July 13, 2018
Catalog Number: RR7985
21st Century
Chamber
Vocal Music
Electroacoustic
Guitar
Voice
WAKING THE SPARROW, the premiere recording on PARMA RECORDINGS from classical and baroque guitarist Robert Nathanson and soprano Nancy King, performing as Duo Sureño, is the result of a twenty-year long journey exploring the grandeur of the human voice blended with the vibrancy of the guitar. Interpreting the work of five notable modern composers who were, in turn, inspired by the words of poets throughout the ages, Nathanson and King deliver a stunning performance that is rich in its variety and impressive in scope.
Discover