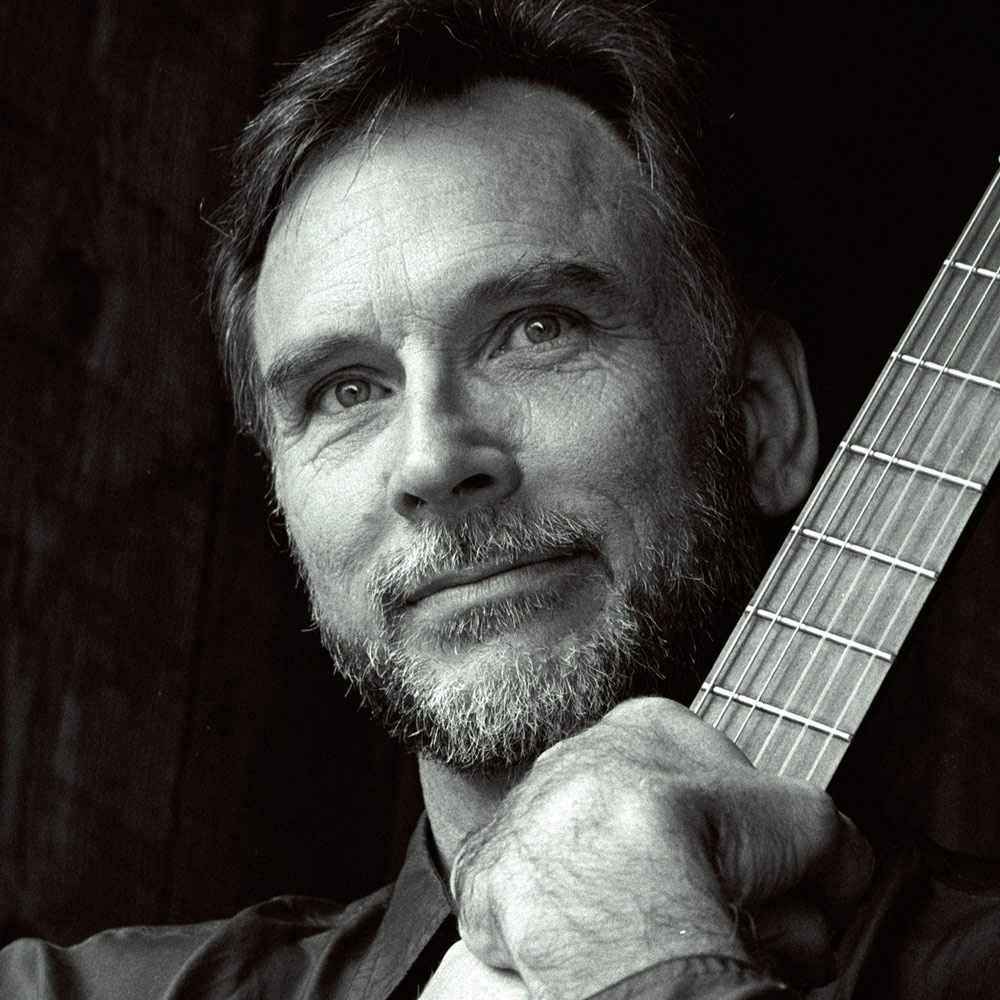 He shared a birthday with composers Benjamin Britten and Joaquín Rodrigo. He died the same day as Andrés Segovia. Hailed as “one of our age’s truly important composers,” Frank Wallace was a rare artist whose wizardry on his instrument rivaled the range and depth of his musical ideas in composition. He left us at 67 at the height of his powers, having enjoyed a distinguished career as a concert and recording artist, composer, director, and teacher. The American Record Guide calls Wallace’s music “exciting, unpredictable, and fresh” and Guitar Review “a brilliant collection of new repertoire performed by its composer, who happens to play with equal amounts of grace, sensitivity, and virtuosity.” His colleagues speak with one voice—guitarist Bill Kanengiser: “What a shining and big-hearted spirit, imbued with laughter, love and boundless creativity. [His] grace and artistry are an inspiration to us all.”—composer Stephen Goss: “a wonderful human, a deep thinker and a fantastic musician…Inventiveness, creativity, and fantasy in abundance.”

The threads of his versatility as a composer, performer, teacher, and recording engineer are woven into the story of his unusual musical path. As a child he first played accordion, then jazz guitar. In 1974, classical guitar performance degree in hand from the San Francisco Conservatory, he headed east, leaving forever the West Coast, where he grew up. In Boston he taught classical guitar at the New England Conservatory. Meanwhile his rich baritone voice and love of singing led him to join Boston’s vibrant early music scene. There he met his wife, singer/visual artist Nancy Knowles, beginning a 46-year creative partnership in music and life. After four years teaching at NEC, he cut off his guitarist nails to play lute.

He became renowned as a master of the vihuela de mano as well as of the art of self-accompanied song. Singing and playing medieval and renaissance music with voices, lute, oud, gittern, harp, cornetto, flute, viols, and vihuela with their ensemble LiveOak, Knowles and Wallace toured internationally to critical acclaim and made many recordings. (“Their eloquence could not have been improved upon.” —The New York Times “This was music on the highest international level” —The San Francisco Chronicle). By the mid-1990s Knowles and Wallace had found their way to Schubert and Mertz, which Frank played on original 19th century guitars. But Wallace needed a bigger palette for his musical ideas and creative spirit. Inspired by medieval harmonies, Dowland, Schubert, Frank Martin, and Britten, it was the lure of composing that inspired his return to classical guitar.

In their rambling 1789 farmhouse on 45 acres of hills and forest in New Hampshire, where he and Knowles ran summer workshops and raised their two sons, Wallace found his creative milieu. On concert tours and in his many recordings and videos, he was known for his grace, passion, and formidable skill on the guitar and its predecessors. At home with family and four dogs he was committed to daily disciplines of meditation, yoga, guitar, voice, composition, scything, and chopping wood. Wallace’s passion for excellence never limited his adventurous spirit and sense of wonder. Artistic integrity was his lodestar. He became a virtuoso not to climb a ladder but to delve deep into the music, which led him to achieve a distinctive voice as a self-taught composer for classical guitar. Wallace’s output is so varied in style, mood, texture, color, pace, and complexity presenters have honored him with numerous full-length concerts of his works—an honor few composers enjoy.

For the last 20 years of his life, Wallace toured throughout Europe, North and South America, and recorded his own substantial oeuvre for solo guitar (from major concert pieces to simple etudes for students) as well as ensemble works for guitar orchestra, guitar with chamber instruments and, with his mezzosoprano wife Nancy, his large repertoire of song cycles for guitar and voice. His compositions, which fill eight albums, reveal echoes of early music alongside the blues, jazz, and avant garde. Inspired by their many concerts in resonant romanesque churches throughout Europe, he and Knowles founded Gyre Music, where reside all of his compositions (and the stories behind them) and the many recordings that garnered him kudos for his keen ear as an engineer. He is also known for his solo guitar videos. He was a longtime blogger about all things musical and eloquently shared his three year journey with ocular melanoma.

Envious of the breadth of repertoire for piano, Frank Wallace was a pioneer in advocating for expanding the traditional classical guitar repertoire, not by arrangements of piano or orchestral works, but by encouraging the performance of new works, solo and ensemble. To that end, during his tenure as artistic director of the Boston Classical Guitar Society he founded Festival 21, which celebrated 21st century music. He was passionate about the expressive potential of classical guitar and voice, woefully neglected in the classical guitar world. He wrote over 100 songs, many of them in song cycles of three to 15 songs, set to texts by Lorca, Creeley, Roethke, Dickens, Shakespeare, and others, including his grandfather, his wife Nancy Knowles, and himself. The richness and complexity of his song accompaniments and his compelling melodies highlight the influence of his mentors, from Dowland to Schubert to Britten. He always said that his guitar parts were never written as an accompaniment, but rather the guitar and voice are equal in duet.

Frank Wallace’s complete works as well as his recordings are available at www.gyremusic.com, a site rich with information and sheet music, audio and video. Frank proudly engraved all his own works and recorded, edited, and mastered his own CDs. His works have been published by Tuscany Publications and featured in Guitar Review, Soundboard, Fingerstyle Magazine, and The LSA Quarterly. His chamber music includes an hour long suite called As It Could Be commissioned by the Hartt School for the 50th Anniversary of the Guitar Department. His compositions were twice honored with the Artist Fellowship Award of the New Hampshire Council on the Arts. He was a prize-winner in the José Fernández Rojas 2013 International Composition Competition for his work My Vital Breath for mandolin orchestra. He recorded for Gyre, Titanic, Centaur, and Musical Heritage Society.

“The breadth of his musical activity recalls an earlier age, when a complete musician engaged in a broad range of creative activities…Wallace’s music is exciting, unpredictable, and fresh…”

“Wallace is one of our age’s truly important composers, his music at once arresting, thoughtful, accessible, revealing…and restful.”  Jonathan Richmond, The Tech (MIT)

“Each piece composed by Frank Wallace that I have had the opportunity to see has been a joy…throughout his music, he seems to be one of those guitar music creators who really has something new to say.” Uros Dojcinovic, Soundboard

“…his playing shows what [the music] can sound like in the hands (and mind) of a real artist.” Ken Keaton, American Record Guide

“…a true master of his instrument…His dynamic range is impressive, and his gradations of tone, constantly singing line, and sensitive musicianship confirm his ‘elegant virtuosity’ (www.classicstoday.com).” Robert Schulslaper, Fanfare

“It is easy to feel an intimate connection to the ethereal beauty of Frank Wallace’s compositions not only because of their individual splendor, but also because of the lush tone and sensitive perfection with which Wallace executes his music… a brilliant collection of new repertoire performed by its composer, who happens to play with equal amounts of grace, sensitivity, and virtuosity.” Stephen Griesgraber, Guitar Review

“contemporary musical emancipation…further proof of the meaninglessness of such terms as “classical” and “pop.” Frank Oteri, NewMusicBox.org

“These are rich, intricate concert works that would work well as a set or individually. Embedded within these works are fascinating, dense harmonies; complex contrapuntal textures.” Soundboard Magazine

“Part of the interest in the music is the stylistic variety that the composer uses from one piece to the next, or sometimes even within the same piece. One hears everything ranging from firm tonality…to mysterious sonorities…to dramatic contrasts…The variety is such that my interest never flagged for a moment during the course of the CD… [U]nlike most other instruments, the majority of those who have composed for the guitar have also played the instrument to one degree or the other. This is due to the difficulty of writing playable music for the instrument… In this case, the composer is the equal of the performer, or vice versa, and both are very good.” David DeBoor Canfield, Fanfare

“Since Wallace is a virtuoso guitarist, he understands the finest details, the possibilities and limitations of his instrument. And he exploits every opportunity to emphasize or refine or hold back or exult the vocal character, to assert the melodic voicings or percussive effects of the guitar in ways that, yes, reward your ears, your decision to sit and listen. For this is truly listening music, which is not to say it’s “easy” listening music. No, that is not what Wallace is concerned with. Nor is he concerned with “difficult”. Rather, he’s concerned with poetry, something you’re not surprised at the more you listen, and with exploring and expressing what must come from the guitar–as he imagines and breathes and soulfully feels it. …There’s lyricism, meditative reflection, sharp assertiveness, gorgeous billows of harmony, bursts of sparkling, ringing harmonics; there’s boldness and even brashness, juxtaposed with the most tender warmth and delicacy. Wallace leads us along, never leaving us wondering where we are or what’s going on.” David Vernier, Classics Today

“Above all he is concerned with the sonorities of the guitar, and as a performer he employs a huge range of timbre and dynamics…His works are all programmatic to some degree, and all on an epic scale…Wallace has a unique and compelling voice as a composer, and he is a superb player. He uses a 1931 Hauser guitar, a magnificent instrument ideal for his works that explore so many different sonorities.” Ken Keaton, American Record Guide

“[H]e can match the musicality of any player out there. He has great separation of voices and orchestral ideas in his playing. He pulls off all the music with a sense of natural phrasing and rhythm. The playing is virtuosic but always in a musically convincing way…Wallace is always in control. He pushes the instrument to its max but never goes too far that the sound suffers. It’s simply very strong and direct. Overall the playing is top notch and the musical ideas are perfectly matched by the execution…Frank Wallace plays his own works with inspiration, determination, and a wealth of creativity. With top notch playing and excellent compositions, this synthesis is a spectacular success…The recording quality is excellent for its coloristic range and realism. Guitarists will love the expressive range and versatility of textures and timbres on the album. I had long known about Wallace as a composer but I’m now a dedicated fan of his playing.” Bradford Werner, This Is Classical Guitar (.com) 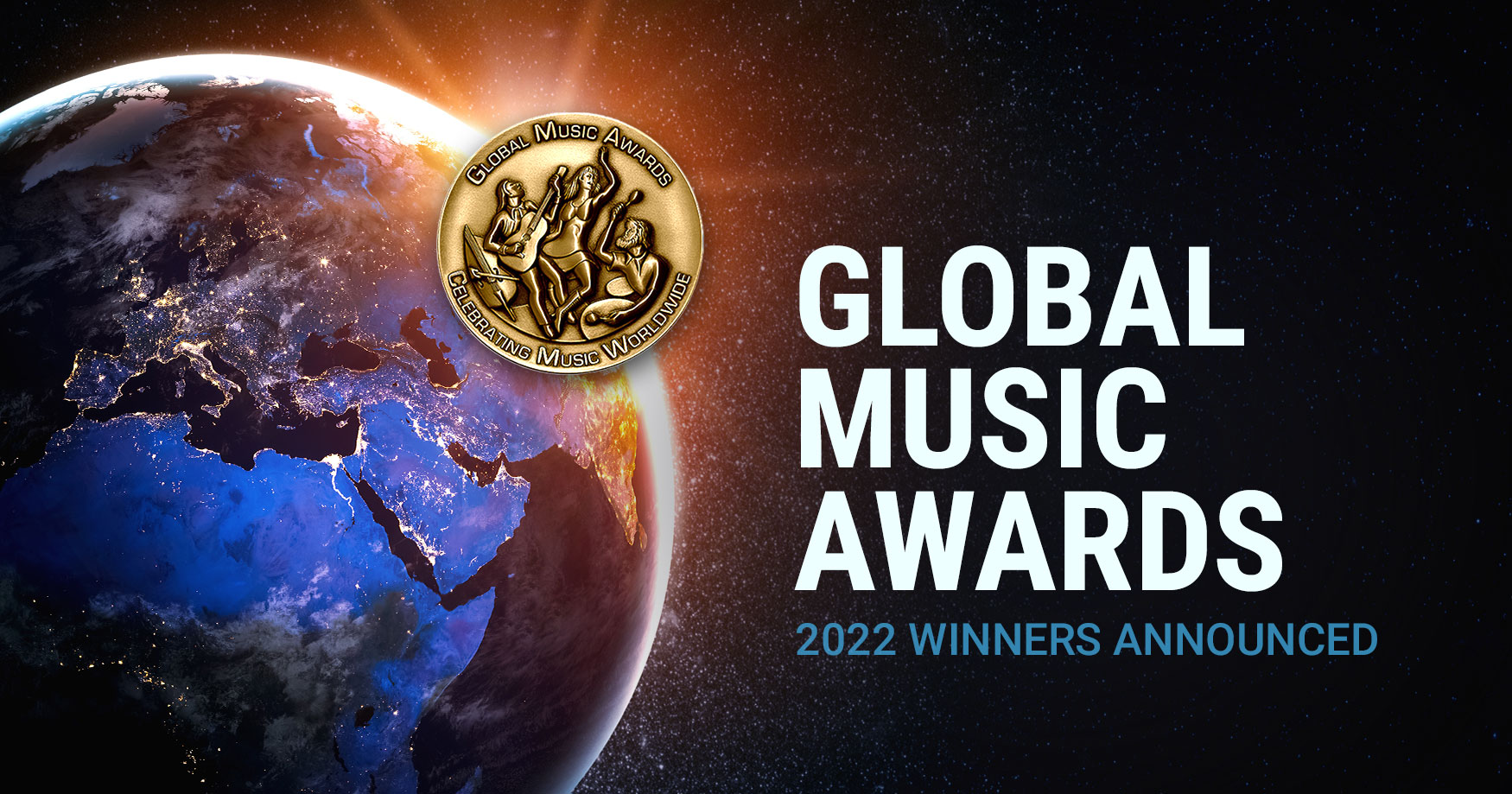 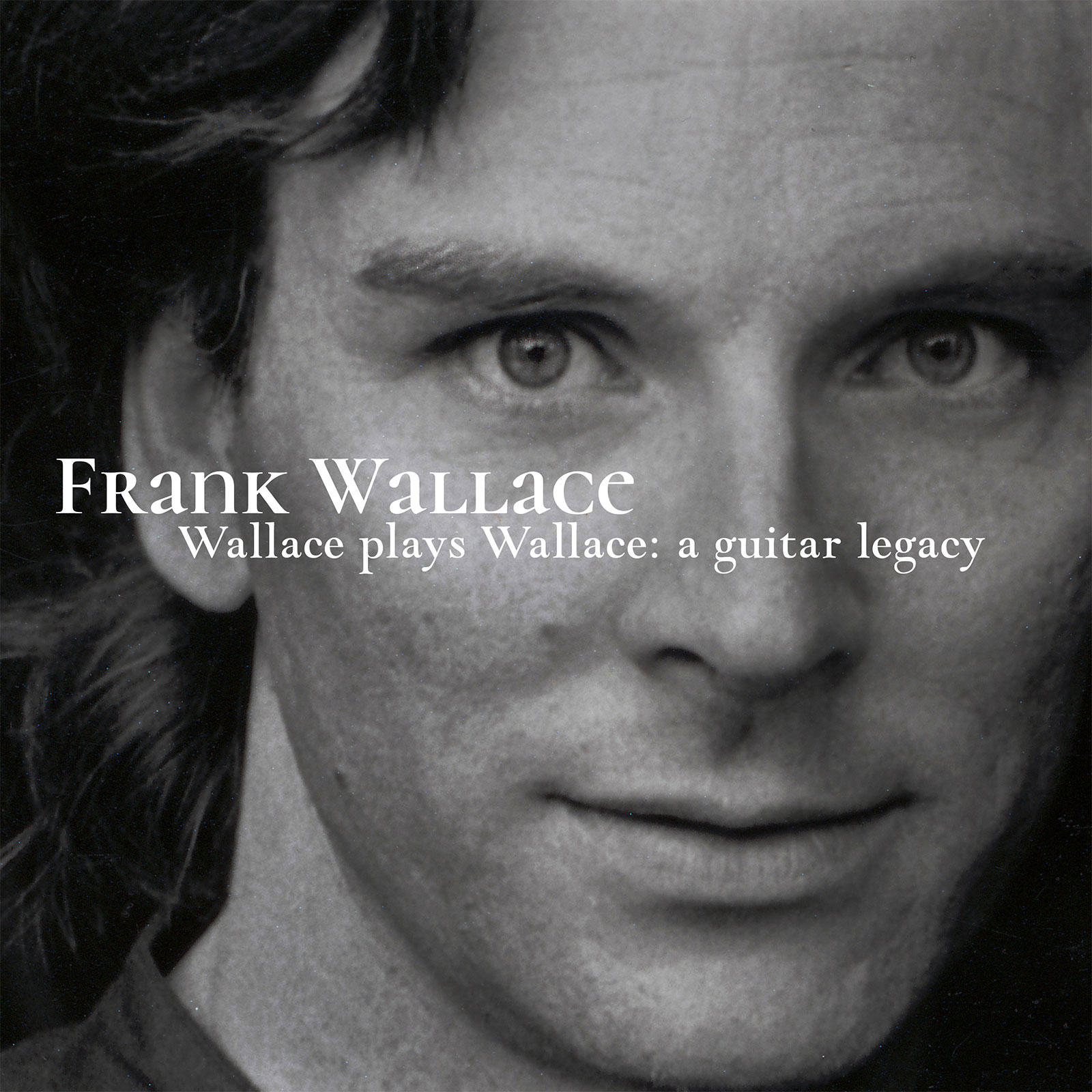 Release Date: June 11, 2021
Catalog Number: RR8053
20th Century
21st Century
Solo Instrumental
Guitar
Ravello Records is pleased to announce the release of the late composer-performer Frank A. Wallace’s album, WALLACE PLAYS WALLACE. This multi-disc compilation is a wide-ranging culling of the noted guitarist/composer’s decades of masterful classical guitar performances of his own compositions. In the wake of the artist’s passing in 2020, the album distills his prolific output down to all of Wallace’s own solo classical guitar works that he played, recorded, and released during his lifetime. Wallace’s music, known for its extraordinary breadth of color and concept, has been heralded as “beautifully played and superbly recorded” by Classical Guitar Magazine. Wallace displays his trademark blend of sophisticated virtuosity and transfixing musicality in this crowning consummation of his recorded solo works.
Discover