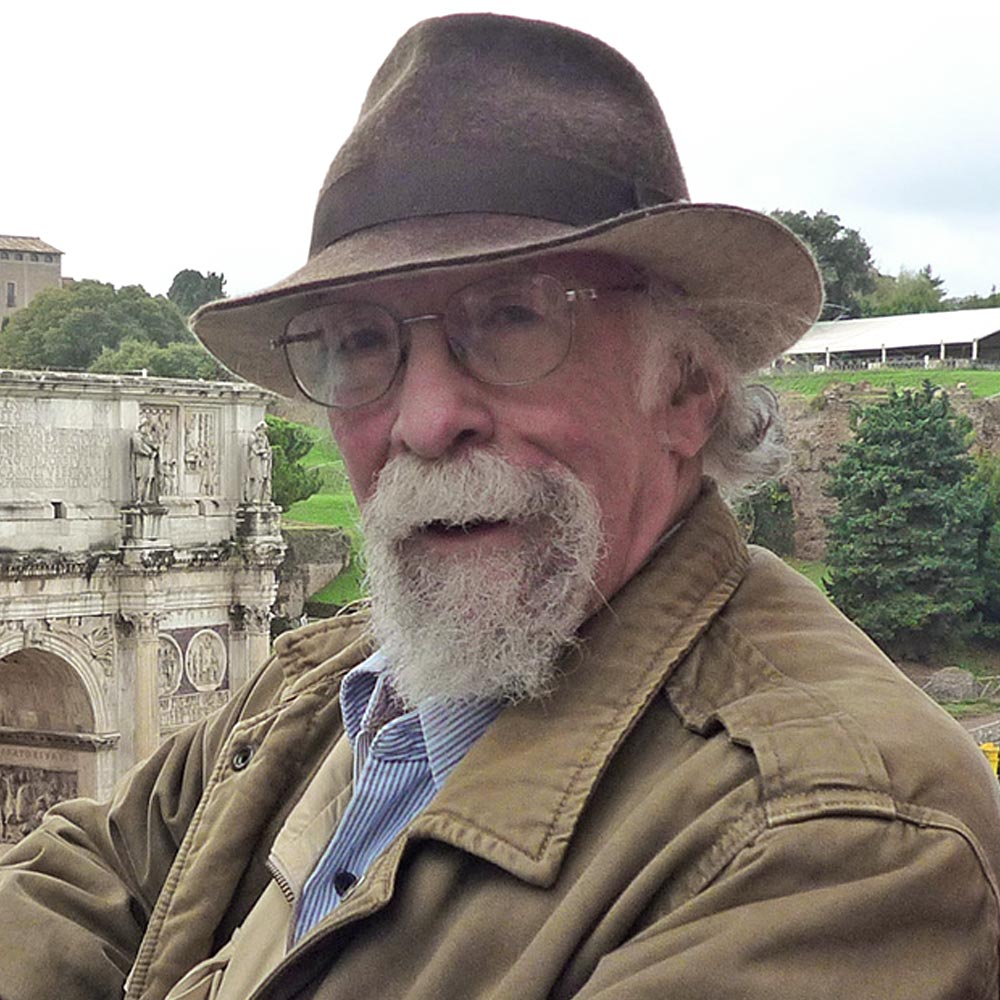 A pioneer in the field of computer music, Dashow was one of the founders of the Centro di Sonologia Computazionale at the University of Padova, where he composed the first works of computer music in Italy; he has taught at MIT, Princeton University, the Centro para la Difusion di Musica Contemporanea in Madrid and the Musica Viva Festival in Lisbon; he was invited by the Conservatorio di Musica Benedetto Marcello in Venezia to teach an intensive series of workshop / master classes in digital sound synthesis techniques applied in particular to compositional practices, and to various aspects of the spatialization of sound. In 2011, Dashow was presented with the distinguished career award “Il CEMAT per la Musica” from the Federazione CEMAT (Roma) for his outstanding contributions to electronic music. He was composer in residence at the 12th Florida Electroacoustic Music Festival, and he continues to lecture and conduct master classes extensively in the United States and Europe. Dashow served as the first vice president of the International Computer Music Association, and was for many years the producer of the radio program “Il Forum Internazionale di Musica Contemporanea” for Italian National Radio. He has written theoretical and analytical articles for Perspectives of New Music, the Computer Music Journal, La Musica, and Interface; he is the author of the MUSIC30 language for digital sound synthesis, and the Dyad System, a compositional method and technique for developing pitch structures and integrating them in electronic sounds.

His music has been recorded on Ravello, WERGO, Capstone Records, Neuma, RCA-BMG, ProViva, Scarlatti Classica, CRI, BVHAAST and Pan. Recordings in surround sound of the complete set of his Soundings in Pure Duration, multi-channel electronic music with and without soloists, are on DVDs produced by Neuma (vol. 1) and Ravello (vol. 2). Dashow makes his home in the Sabine Hills north of Rome. Further information and downloadable software relative to the composer’s Dyad System and MUSIC30 are available at his website. 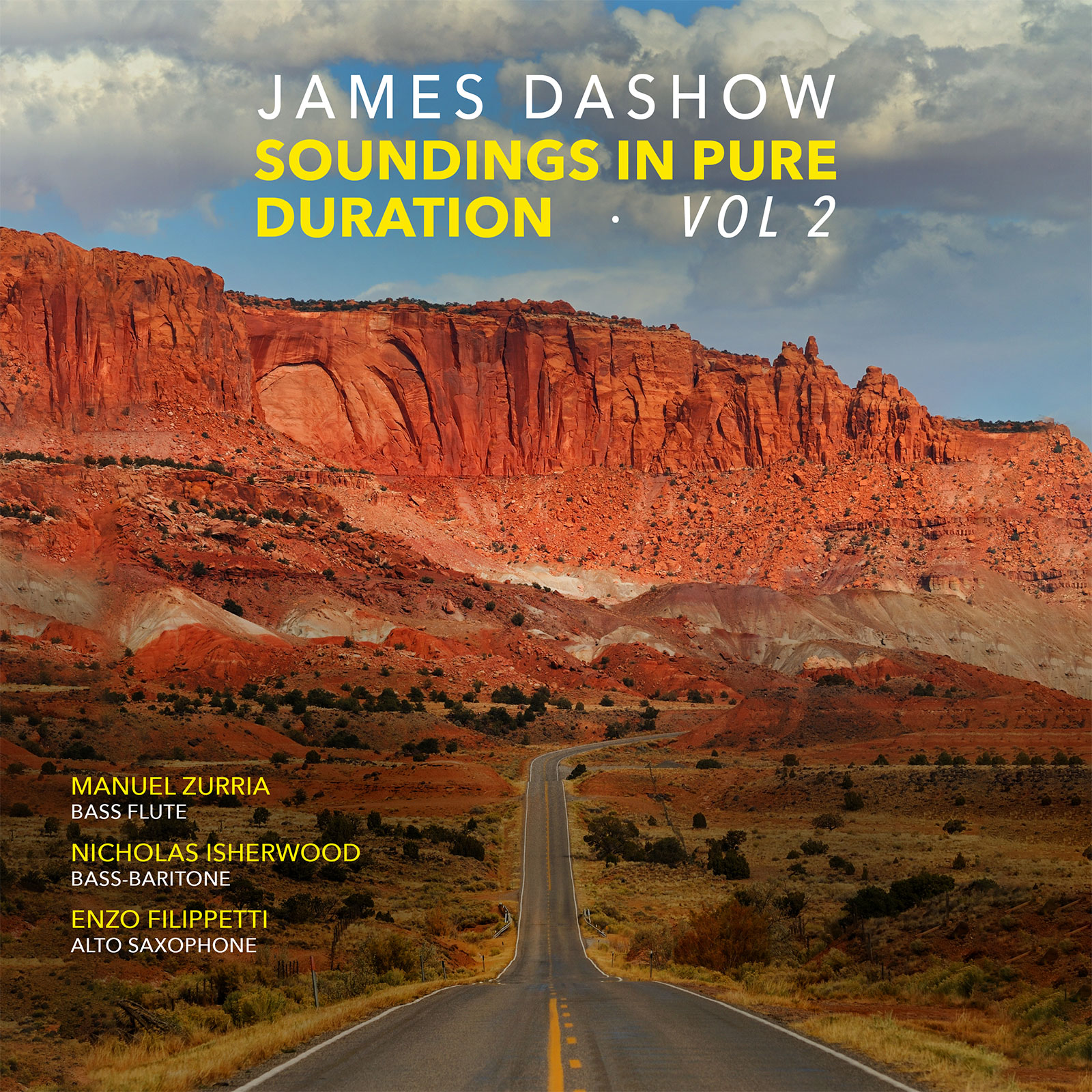 Release Date: March 25, 2022
Catalog Number: RR8063
21st Century
Chamber
Electronic
Flute
Saxophone
James Dashow's SOUNDINGS IN PURE DURATION VOL 2 offers listeners a unique audiophile experience. The album of Dashow’s music for electronic sounds and instrumental soloists includes the last four works in the Soundings in Pure Duration series as well as the re-release of his Bourges Magisterium prizewinning work ...at other times, the distances. The album is available on DVD, giving listeners access to surround-sound (5.0) mixdowns of the pieces as well as composer-prepared stereo mixdowns that have been spatially enhanced to approximate a wider audio field. According to Dashow, this presentation of his octophonic and quadraphonic electronic music is second only to a live concert performance in terms of realizing his artistic vision for the music.
Discover 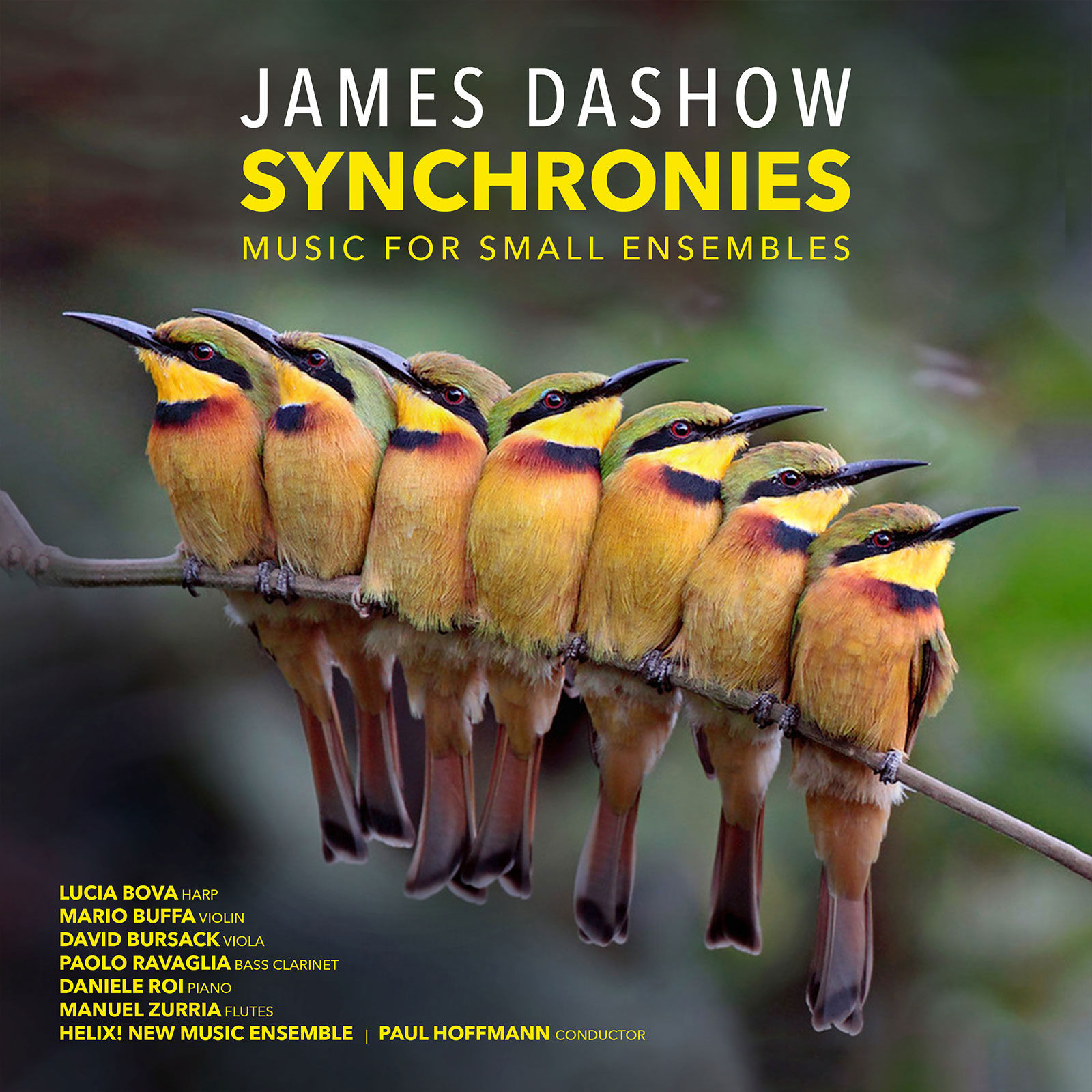 Release Date: September 10, 2021
Catalog Number: RR8060
21st Century
Chamber
Electroacoustic
Electronic
Piano
Violin
SYNCHRONIES, James Dashow's second double album on Ravello Records, offers a selection of the composer's work for traditional instruments with and without electronic sounds. His approach to these two musical resources combines the intimacy and flexibility of beautifully designed chamber music with full scale sonorous constructions: some achieved by finely textured orchestrations of the classical instrumental ensemble, others by the symphonic use of rich electronic timbres that are characteristic of the composer's music. Dashow's unique sound is immediately recognizable, enhanced by his ground-breaking ideas on the spatialization of sound, where the location and movement of musical events in space are now fundamental elements of his compositional practice. The performers in these pieces are true virtuosi of contemporary art music; their artistry and subtle understanding of these works yield deeply expressive interpretations that resonate with both listeners and performers alike.
Discover 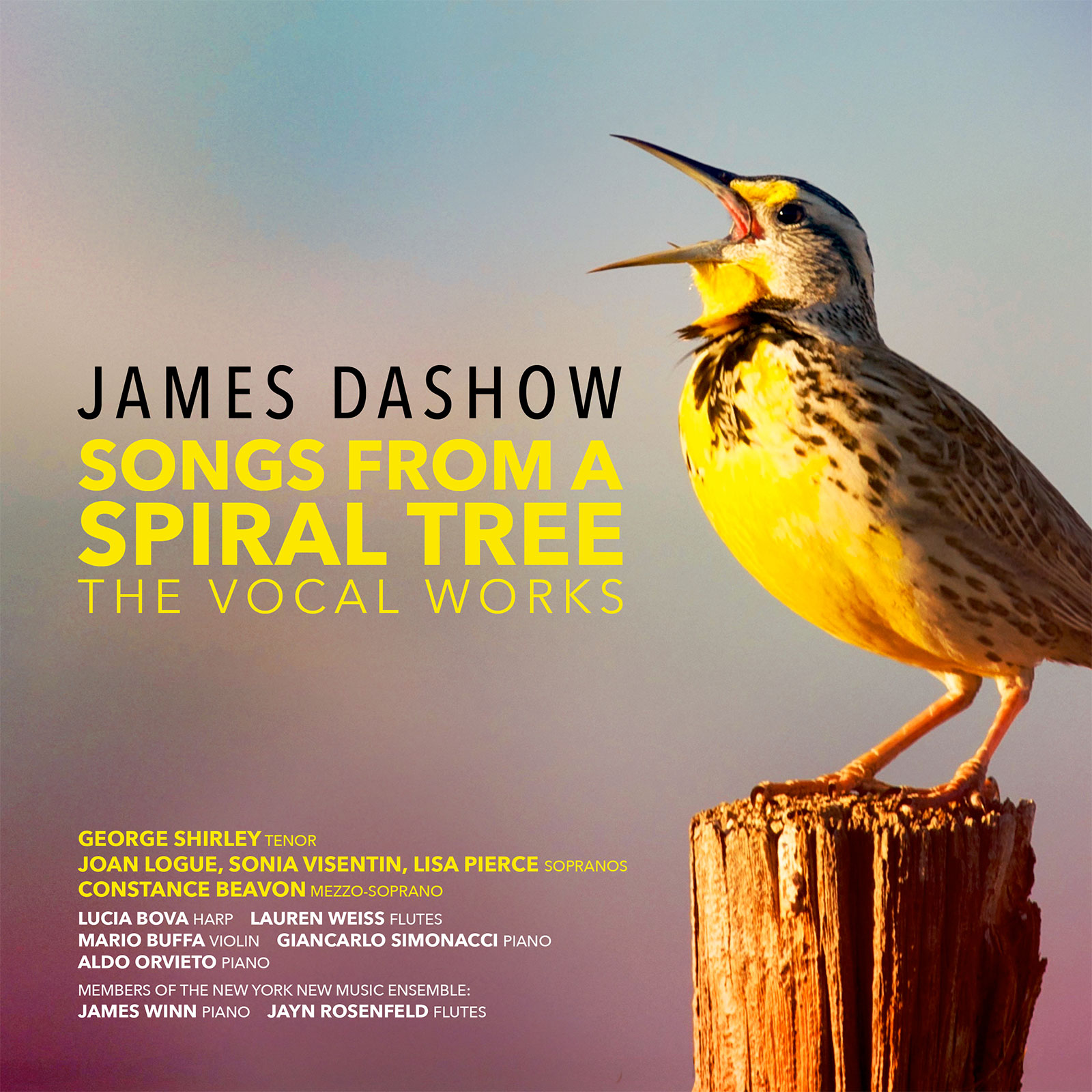 Songs From a Spiral Tree