Ken Walicki is an American composer who is widely recognized and acknowledged for his dramatic, and engaging music, which reflects the times in which we live.

Because of his unusual and interesting background, his sound world has evolved into a unique combination of Art, Pop, Jazz, and World music. Walicki’s influences include Gyorgy Ligeti, the Beatles, Led Zeppelin, Public Enemy, and much more. He was one of the first composers to use turntables in his music and the first composer to have turntables and a D.J. as regular members in a standing ensemble.

Walicki has received grants and commissions from a variety of organizations and performing ensembles including the American Composers Forum, the National Endowment for the Arts, the Jerome Foundation, the Kronos Quartet, the Mary Flagler Cary Trust, and Meet the Composer.

Growing up playing guitar in local Detroit garage bands, Walicki decided, at an early age, he wanted to dedicate his life to music. His education included a three-year period in Germany as a Fulbright scholar where he studied with Karlheinz Stockhausen, Helmut Lachenmann, and Rolf Hempel. He was also an active participant in master classes with Aaron Copland, Samuel Barber, and William Schumann. After returning from Germany, he studied with Jere Hutcheson at Michigan State University where he received his Ph.D.

Walicki enjoys traveling and finds it to be a fantastic source of inspiration. After spending a large amount of time in the Middle East and the Indian Subcontinent, he has found these cultures to be particularly close to his heart. Together these experiences have made him a composer of diverse, accessible, physically, and spiritually moving, yet intellectually rigorous music. In addition to his music being presented in traditional concert music venues such as Lincoln Center in New York and the Liszt Academy in Budapest, his music has also been performed in new music clubs such as CBGB’s, the Knitting Factory, and countless cafes and storefronts throughout the world. Without compromising his values, he has made a point of writing music that relates to people and their situations.

Walicki has collaborated with a variety of artists in the classical, pop, theater, film, and dance worlds, including Lydia Lunch, Dora Ohrenstein, the Doug Elkins Dance Company, Emmy winning producer/director Mark Obenhaus, American Opera Projects, Bermuda Triangle, Bang on a Can All-Stars, the Kronos Quartet, Divan Consort, and Ensemble Green. He was the founder and composer of the Ken Valitsky Ensemble, which included Regina Carter and Thomas Chapin as members.

Previously, besides being on the faculty at New York University, Walicki has taught composition in Istanbul, Turkey at the Center for Advanced Music Techniques (MIAM), a department of Istanbul Technical University. Currently, he lives in Southern California with his son, and the family dogs. His music is available on Knitting Factory Works, C.R.I., CRS Artists, Channel Records, Albany Records, and Ravello Records. 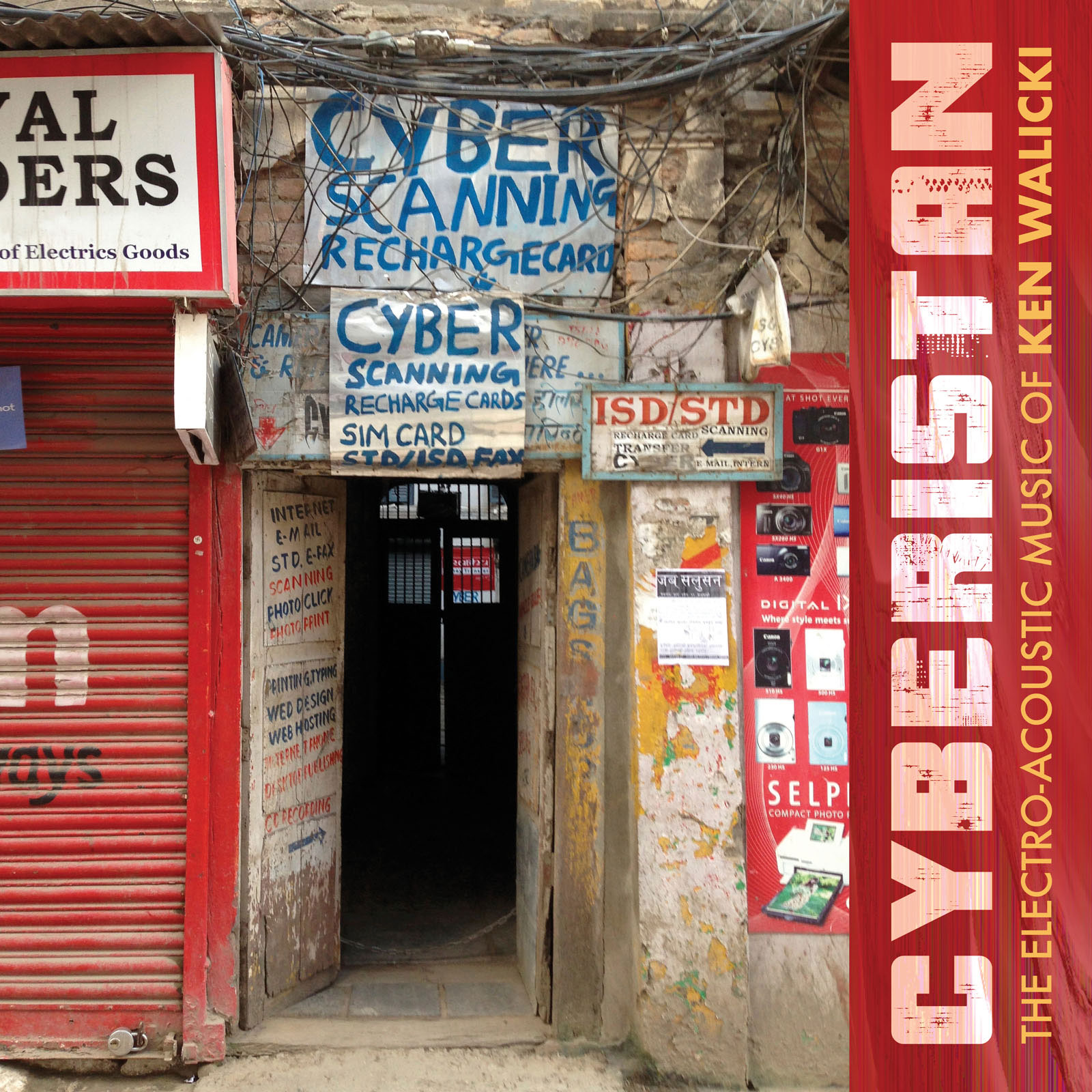 Release Date: September 8, 2017
Catalog Number: RR7974
21st Century
Chamber
Electronic
Flute
String Quartet
Ken Walicki is an American composer and director of the Composition Program at California State University, Fullerton. He is widely recognized and acknowledged for his dramatic and engaging music, often using innovative instrumentation. Walicki was one of the first composers to use turntables in his music. Walicki conveys the effects of globalization and increasing dependency on technology with CYBERISTAN, a Ravello Records release. Each piece contains its own environment and its own space. The natural acoustic sounds juxtaposed against man-made sounds of electronic instrumentation supports a dichotomy of two worlds vying for supremacy but inevitably merging into one homogenous identity.
Discover