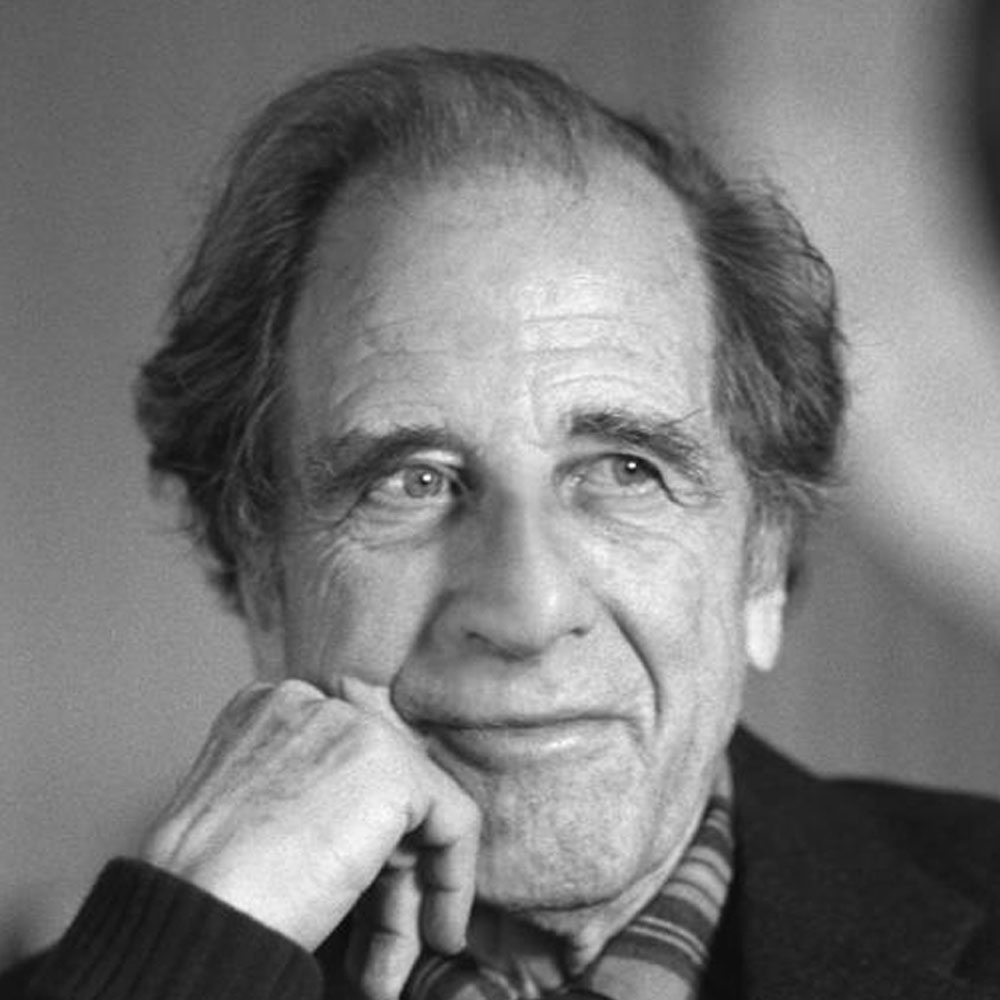 Lukas Foss (1922-2009) German-born American composer of primarily stage, orchestral, chamber, choral, vocal, and piano works that have been performed throughout the world; he was also active as a conductor. He started piano and theory studies with Julius Goldstein-Herford at an early age and began composing at age seven. After studies in composition in Paris from 1933-37, he studied composition with Rosario Scalero at the Curtis Institute of Music from 1937-39. He was awarded more than 20 honorary doctorates. Though initially active as pianist, he was also know as a conductor, with a focus on new music. He conducted the Improvisation Chamber Ensemble from 1957-62, a quartet devoted to unnotated music, which he founded. He taught as Professor of Composition at the University of California at Los Angeles from 1953-62 and later taught at Tanglewood. He served as composer-in-residence at Carnegie-Mellon University, Harvard University, the Manhattan School of Music, and Yale University, and held the position at Boston University from 1990-2005.