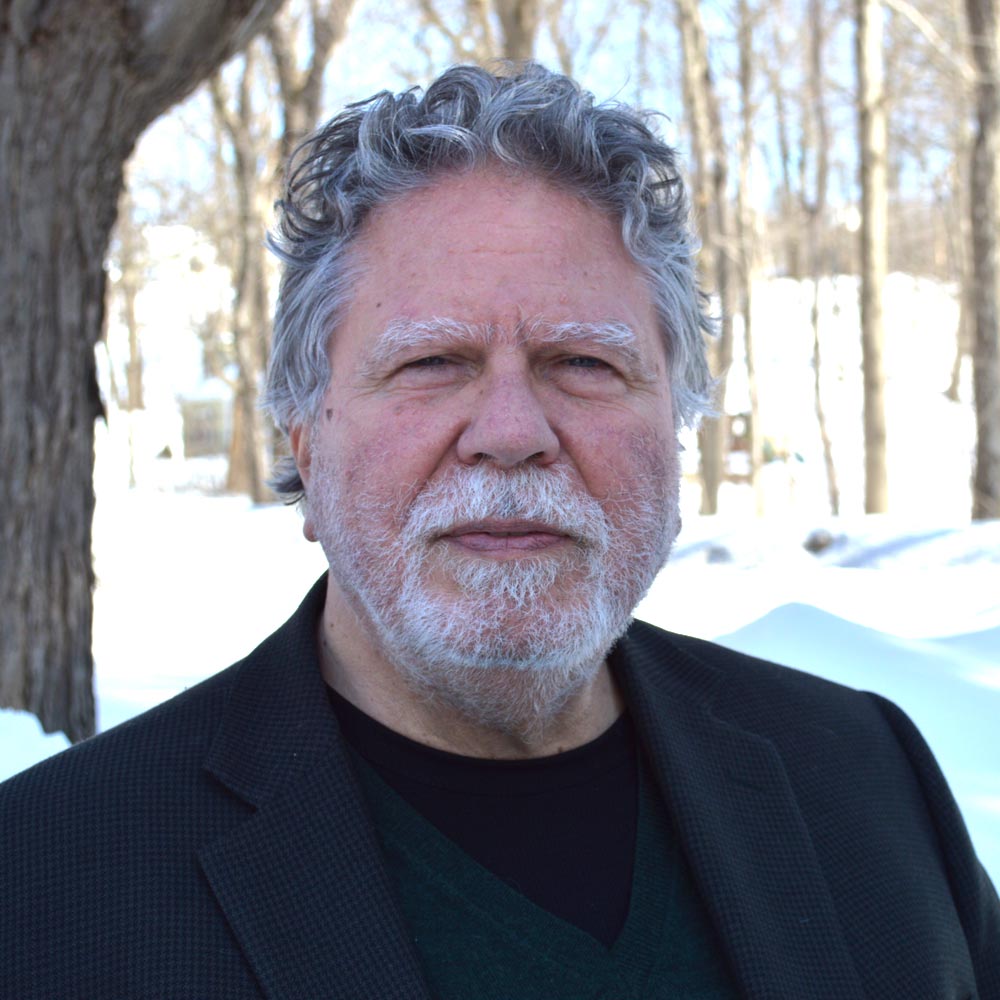 Neely Bruce is a prolific composer, pianist, conductor, and scholar of American music. He has composed over 700 pieces of music, including three full-length operas, five one-act operas, oratorios and other choral works, about 300 solo songs, chamber music, seven documentary video scores for PBS, and 14 hours of solo piano music. In 2013, Bruce began This Is It! – a series of twelve recitals comprising his complete piano music – to conclude in 2017.

Bruce is also a composer of operas. His first opera, Americana, or, A New Tale of the Genii, was produced in 1985 in a semi-staged concert version. His second opera, Hansel and Gretel, was commissioned and premiered by Connecticut Opera, with subsequent productions at Trinity College of Music (London) and the University of Illinois at Urbana-Champaign.

His first one-act opera, Pyramus and Thisbe, based on the play-within-the-play in A Midsummer Night’s Dream, was recently revived by the Graduate Opera Workshop at Indiana University. His most recent work for the musical stage is an expanded version of the 1728 ballad opera, Flora, commissioned by Spoleto USA. Flora can be heard online by linking to NPR’s “World of Opera,” May 20, 2011. Bruce calls this work “my new eighteenth century opera.”

Bruce’s largest work is entitled Convergence. Commissioned by the American Composers Forum as part of its Continental Harmony project, Convergence received its premiere on June 18, 2000, as part of the New Haven International Festival of Arts and Ideas. In 2002, Lincoln Center Out-of-Doors presented a revised and expanded performance of this piece, enthusiastically received by an audience of 10,000. As a pianist, Bruce has specialized in the music of American composers of the nineteenth and twentieth centuries, and his recordings appear on a variety of labels. In 2005, Bruce set the Bill of Rights to music, in the style of William Billings. Important premieres as a pianist include The Time Curve Preludes of William Duckworth, Twelve Fugues by Gerald Shapiro, and Arthur Farwell’s Piano Sonata. He is the only pianist to have performed all of the solo vocal music of Charles Ives.

Important engagements as a conductor include the twentieth century revival of Rip Van Winkle by George Bristow and several major works of Henry Brant. Dr. Bruce is also the founder and director of two ensembles devoted exclusively to the music of the United States-the American Music Group (at the University of Illinois) and the American Music/Theatre Group, headquartered in Hartford CT. Dr. Bruce is John Spencer Camp Professor of Music at Wesleyan University.

Bruce has described his compositions like this: “My music is characterized by concern for structure juxtaposed with process, the use of instrumental and vocal color for its own sake, an irrepressible lyrical impulse, and an eclecticism which is occasionally so extreme as to be virtually incomprehensible. Thirty-six years of practice have made the eclecticism much more comprehensible.” For future dates and times, and descriptive comments about his music, go to neelybrucemusic.com and click on “Neely’s Blog.” 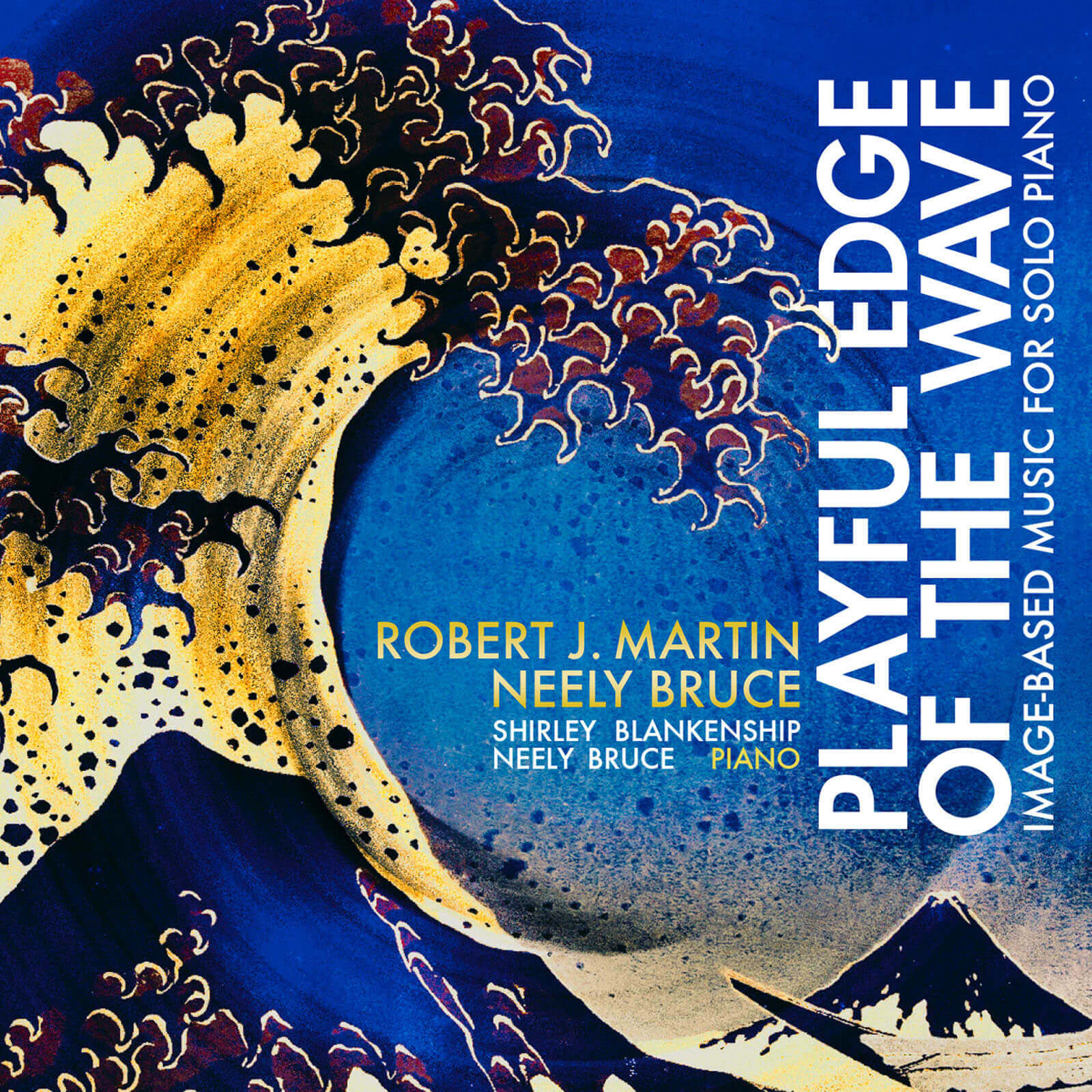 Playful Edge Of The Wave

Release Date: July 10, 2015
Catalog Number: RR7909
21st Century
Solo Instrumental
Piano
On their debut Ravello Records release, PLAYFUL EDGE OF THE WAVE, composers Robert J. Martin and Neely Bruce join a love of beauty with the willingness to engage in spirited, magical, even outrageously unexpected sounds and gestures. These composers, with pianist Shirley Blankenship, present a collection of image-based works whose titles and descriptions open a direction to understanding the music.
Discover