Throughout his career, composer ROBERT BAKSA has steadfastly re­sisted jumping on the bandwagon of musical fads or academic trends, choos­ing instead to pursue a personal vision of his own by speaking through a musi­cal voice that combines the linear clarity and architectural shape of the classical era with a distinctly American and con­temporary sensibility.

A few years after his studies at Tan­glewood, it became increasingly clear to him that most of the stylistic innova­tions of the 20th century were totally at odds with his own artistic ideals. “As important as these methods were to other composers,” Baksa explains, “I found that I could not express my par­ticular personality through their use. The clean lines, transparent textures and sheer clarity of the classical era had the greatest appeal for me, and in spite of what most musicologists say about changing styles, I feel that the best com­positions of any era will share, to some extent, these qualities.”

Along with a return to the sense of proportion and structure of the classical era came a reaffirmation of the expres­sive potential of traditional tonality. “Much of my earlier music had been more dissonant, using a lot of tone clus­ters. But I began to see that this only served to obscure the shape of the inner voices. So as I began to strive for more structural clarity, those were the first things to be sacrificed. And because the principals of acoustics remained un­changed, I became even more con­vinced that traditional notions of harn1ony continued to be a valid lan­guage for musical expression.”

One of America’s most prolific com­posers, Baksa has produced over 500 works including songs, choral pieces, keyboard works for both piano and harpsichord, orchestral and chamber music, film scores and two operas. His choral works are perhaps his most widely known compositions-several have sold over I 00,000 copies. His first opera Aria Da Capo, which was pre­miered at the Lake George Opera Festi­val, led to a commission by Lincoln Center for the Metropolitan Opera Stu­dio for his second opera, Red Carnations. Both works have had frequent performances, particularly Red Carna­tions, which is often produced as an introductory opera for young audi­ences.

Since the early 1970s Baksa ‘s major compositions have been chamber mu­sic, stylistically characterized by a balanced mixture of incandescent melo­dies, perfect structure and transparent textures based on active counterpoint. Eminently accessible to the listener, they exhibit an open and happy person­ality that at times can become poign­antly touching. – Frederick Roffman 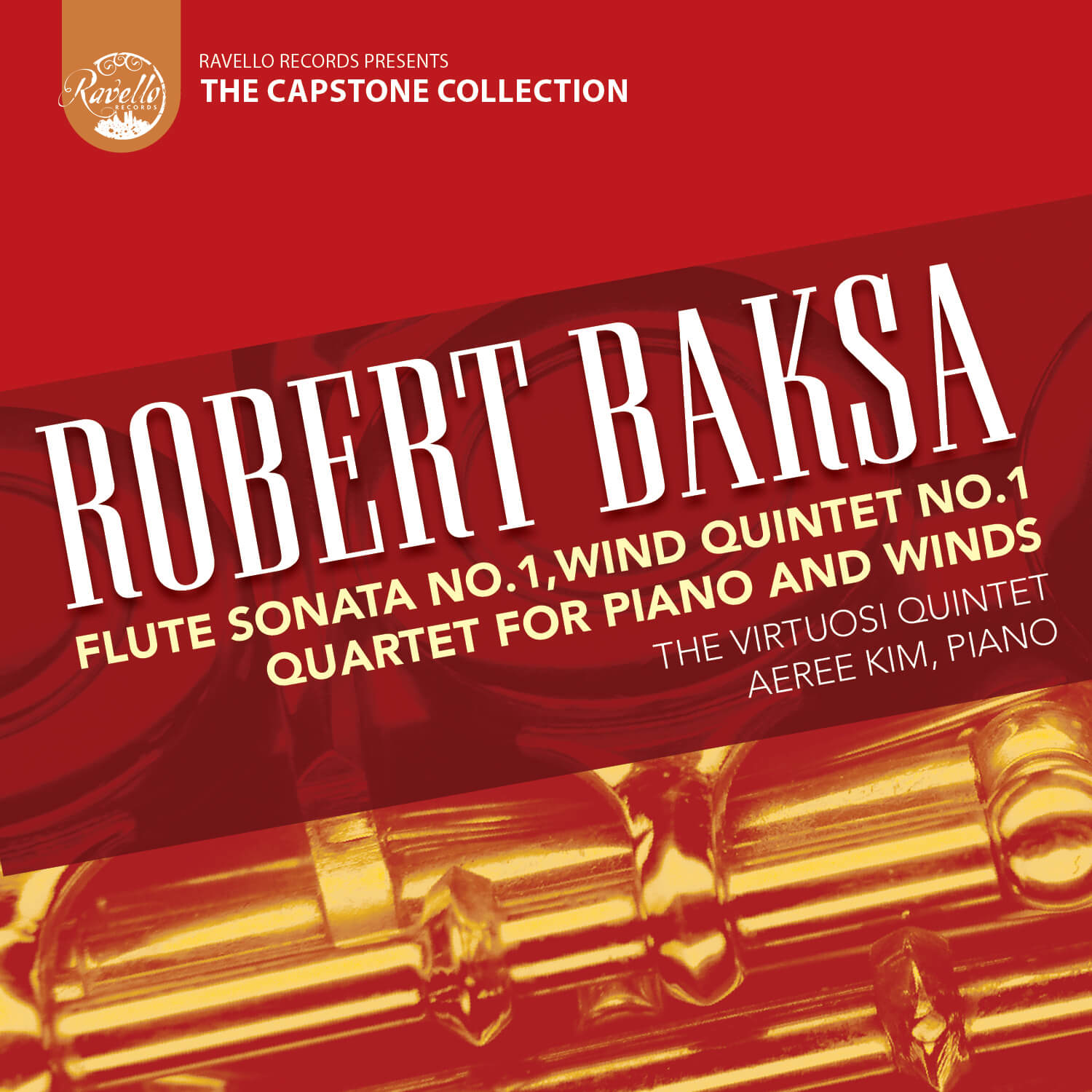 Quartet for Piano and Winds