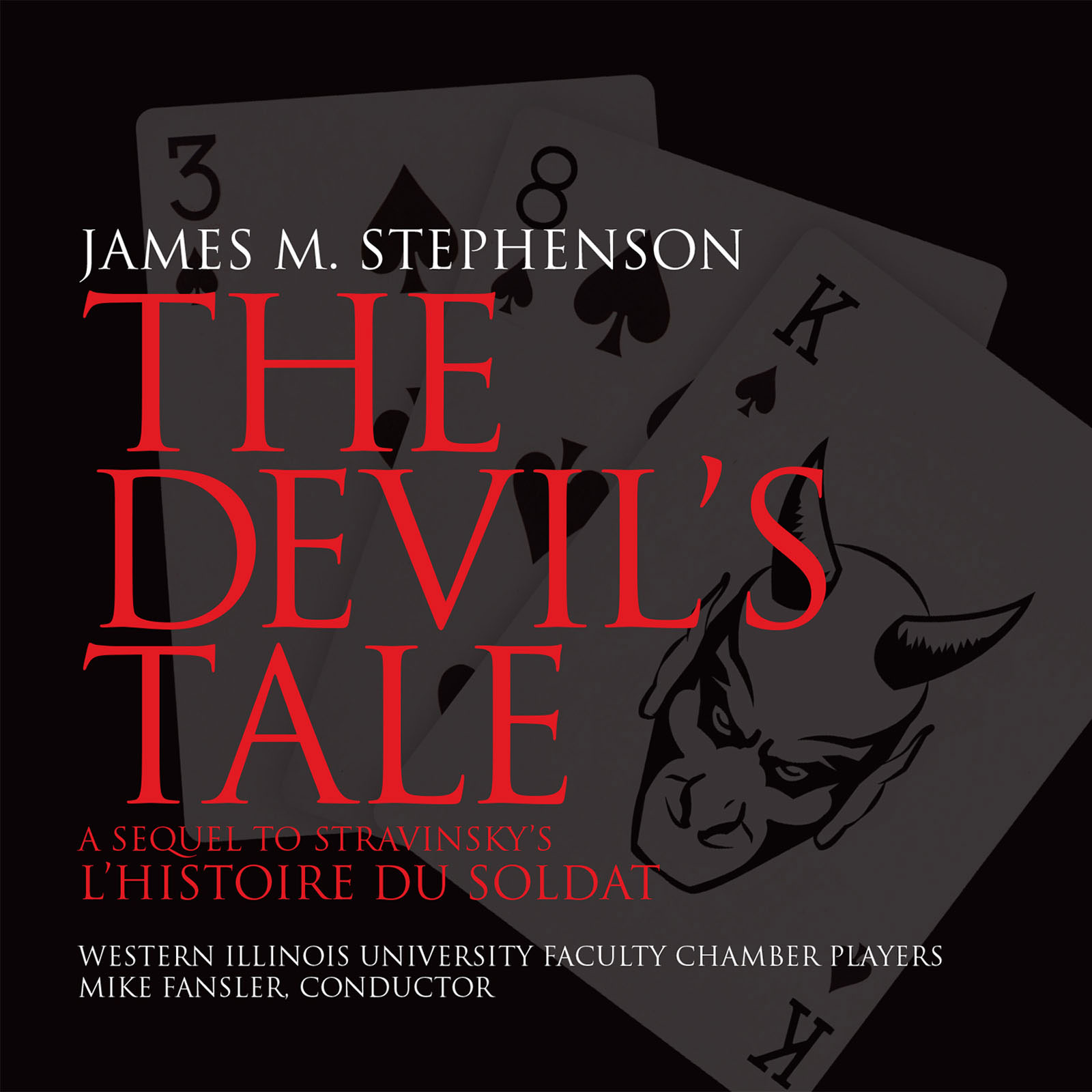 Using Igor Stravinsky’s final percussion solo from L’histoire du soldat (The Soldier’s Tale) as inspiration, James M. Stephenson’s theatrical narrative, THE DEVIL’S TALE, picks up right where Stravinsky leaves off. But on this Ravello Records release, the protagonist, Joseph, wakes up at the final drum-stroke and realizes that the Stravinsky was all a dream. He is relieved to still be in Las Vegas with Hannah, his showgirl girlfriend, at his side, where the story begins to unfold. The dramatic and astute plot about Joseph, a pit musician, and Hannah centers around their attempt to escape the city by tricking Sam, a devilish blackjack dealer and Hannah’s manager. Teeming with deceit, temptation, and revenge, the narrative is a confrontation between the natures of good and evil, in which the Devil is played at his own game of guile. Infused throughout with clever palindromes, the story comes full circle by ending just where the Stravinsky begins: on a “hot and dusty road.” Stephenson’s work is captivatingly performed by the Western Illinois University Faculty Chamber Players, conducted by Mike Fansler. 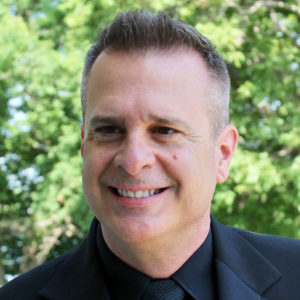 Mike Fansler is Director of Bands and conductor of the wind ensemble and chamber winds at Western Illinois University, where he also leads the graduate wind conducting program and teaches undergraduate music education courses. He joined the faculty in 2001 and is currently Professor of Music.