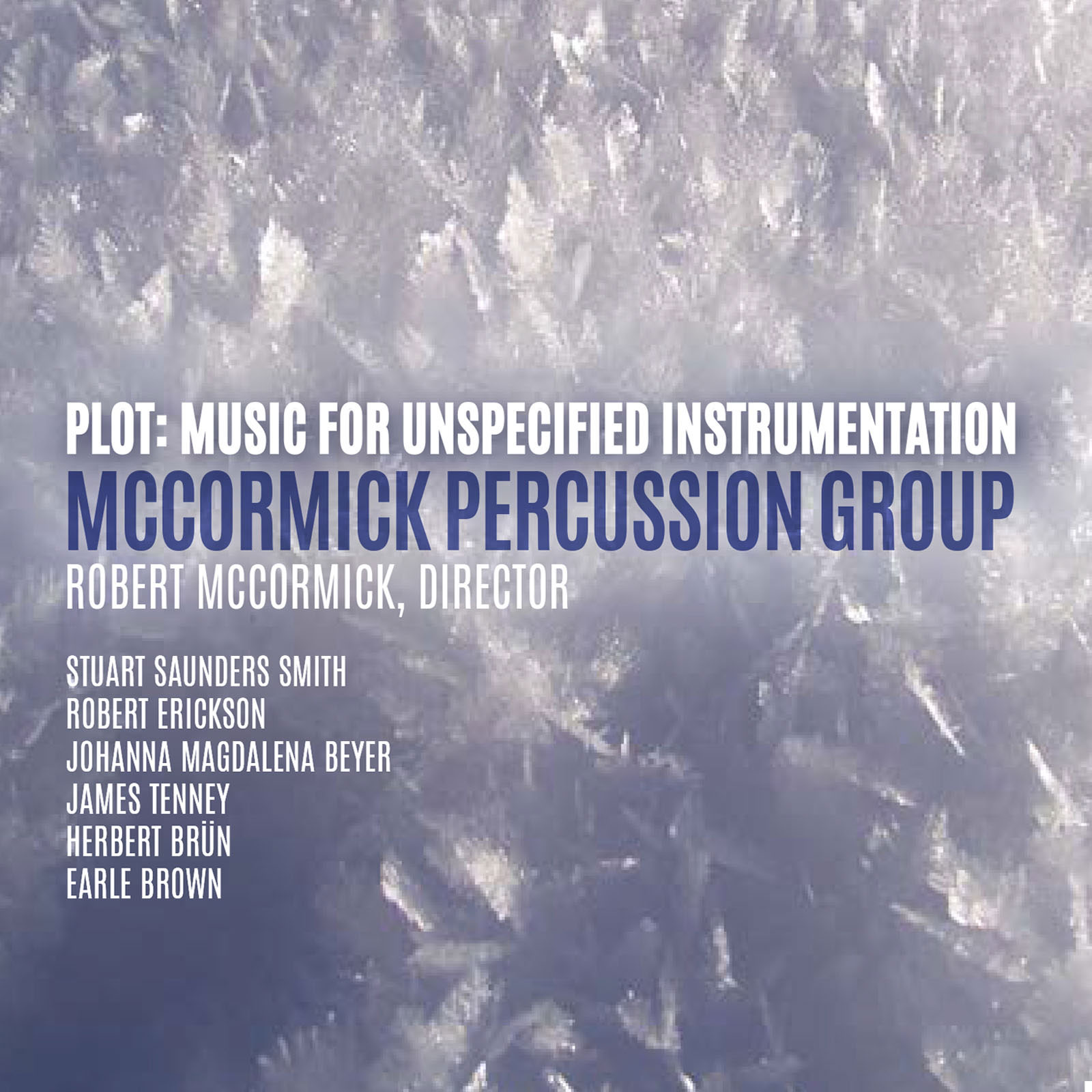 On their seventh Ravello Records release, PLOT: MUSIC FOR UNSPECIFIED INSTRUMENTATION, the McCormick Percussion Group, directed by Robert McCormick, delivers a diverse collection of works that explore and expand the bounds of the percussion ensemble, featuring the use of improvisation, taped field recordings, and computer-generated graphical scores.

Bones (2000), the opening piece by Stuart Saunders Smith, examines the existence between composed musical thoughts and improvisational interactions. With only the parts and no score, the musicians choose the order of the pages and improvise the musical events presented. Nine and a Half for Henry (and Wilbur and Orville) (1964) and Pacific Sirens (1969) by Robert Erickson can be considered companion pieces, both involving taped sounds – including engines, machinery, and the Pacific surf – and acoustic instrumentation.

Percussion (1935) is the second of eight known percussion ensemble works composed by Johanna Magdalena Beyer (1888-1944). The fourth movement was Beyer’s only composition to be published during her lifetime, and until recently, was misunderstood as a complete and freestanding composition. These pioneering works consistently demonstrate clear structural design, economical use of material, and confident originality. Plot, composed by Herbert Brün for solo percussion, is praised for its innovative use of computer-generated graphical score, which is not intended to be improvised. Rather, the performer creates a well-crafted interpretation through the analysis of a coordinate system that influences choices regarding instrument and implement selections, timbre, and connectivity of sounds. The adventurous programs that the McCormick Percussion Group tirelessly and effectively offer show them as one of today’s leading percussion ensembles, dedicated to pushing the repertoire and seeking the new and unknown. 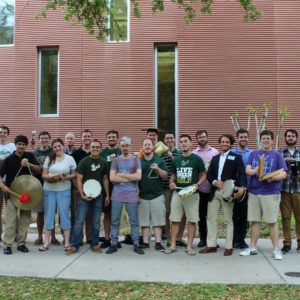 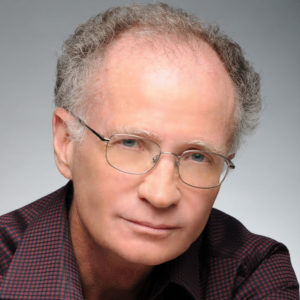