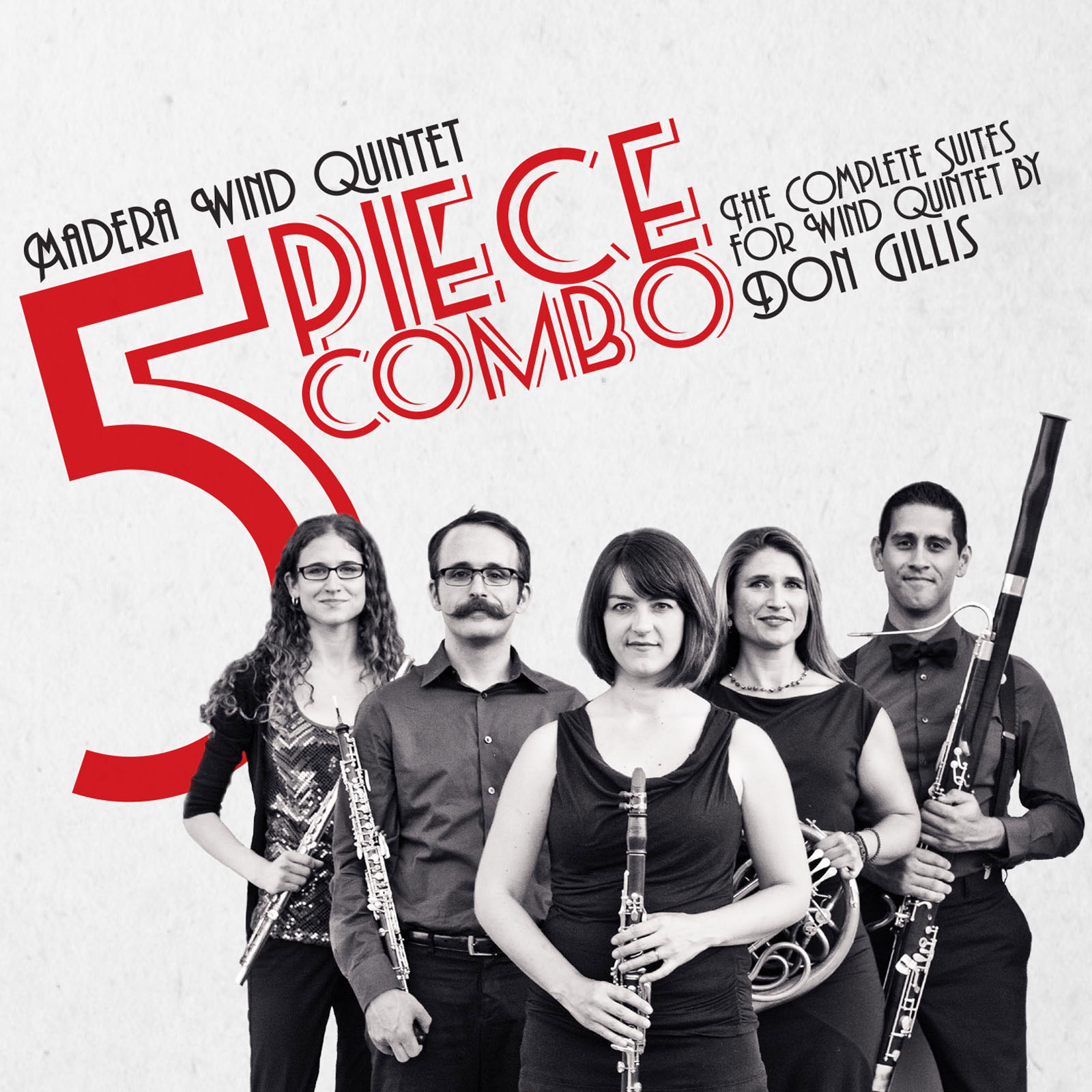 Although Don Gillis (1912 – 1978) is most known for his Symphony No. 5½, A Symphony for Fun (1945), premiered by Arturo Toscanini and the NBC Symphony Orchestra in 1947, the American composer, conductor, and educator wrote prolifically in nearly all contemporary styles and genres, with a catalog of more than 150 works including ten symphonies and six string quartets. Near the beginning of his career, between 1938 and 1939, he composed three suites for wind quintet, which have never been recorded – until now.

As the Texas State Historical Association states, much of Gillis’ music “emphasizes the comical…. One of his artistic goals was to interpret his American background musically. His music therefore draws on popular material, particularly emphasizing jazz, which the composer viewed as a dynamic and revitalizing element in American music.” Revitalizing Gillis’ music, the Madera Wind Quintet bring out the composer’s clear, accessible, and melodic writing style as well as welcoming his lightheartedness, shown in many of his titles, such as Suite No. 1 for Woodwind Quintet, “The Fable of the Tortoise and the Hare” (1938), Suite No. 2 for Woodwind Quintet, “Three Sketches” (1939), and Suite No. 3 for Woodwind Quintet, “Gone with the Woodwinds” (1939). With this album, the ensemble delivers the composer’s playful and spirited music with enthusiasm and aplomb, each instrument treated as a unique and charming character in one of America’s forgotten musical narratives. 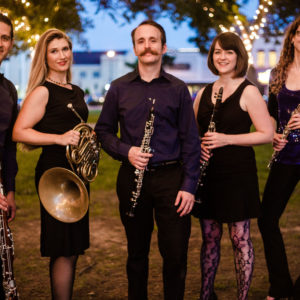 audiences across the United States, they have quickly become known as one of today’s most exciting wind quintets. Exploring the fringes of the quintet repertoire ­— new music, forgotten gems, original arrangements and music for children — Madera also engages audiences with the classic repertoire and beauty of the wind quintet sound.