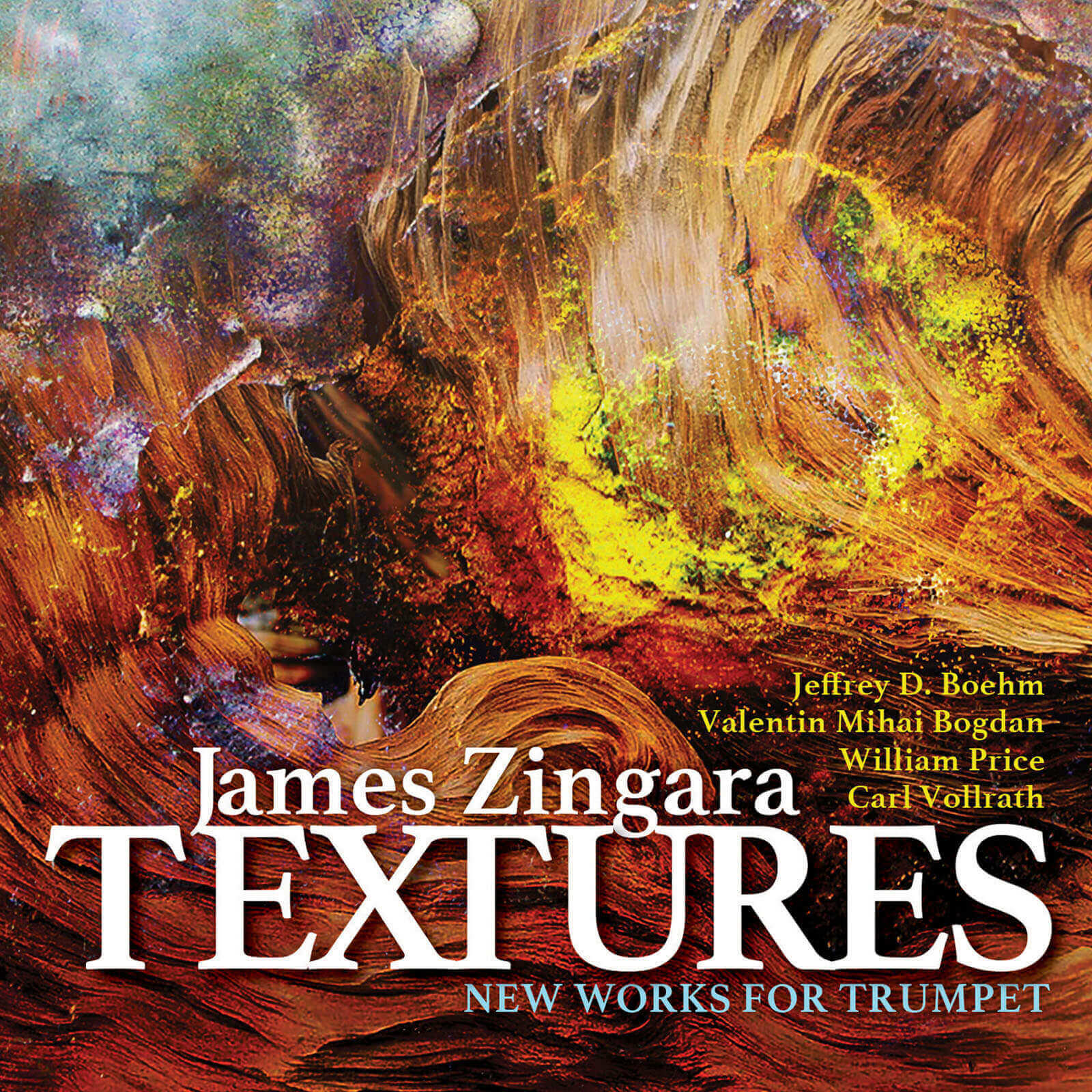 The trumpet is a robust instrument which has been widely employed in several genres of music, from the jazz and free form music of Miles Davis, to the world and electroacoustic music of Jon Hassell. Trumpeter James Zingara continues to expand the performance repertoire of the trumpet with TEXTURES, his debut release on Ravello Records. Hinged on the 21st-century art music style of composition, the works in this collection, all written after 2002, strengthen the trumpet’s diversity and adaptability in settings with computer-generated sounds, syncopated rhythms, blues forms, and atonal harmonic structures.

William Price offers two works on this album, Sans Titre VII (2010), a single movement work for solo trumpet which explores both physical space and musical distance as determinants of musical form, while Price’s Ich bin Maroon, Part I (2013) is influenced by pandiatonicism, free atonality, traditional dance forms, and hyperbolic rhythmic syncopation. Carl Vollrath’s For the Mark of Time (2002) is a memorial work for a young musician, delivering a celebration of youth and talent as well as lamentation by using contrasting exuberant and melancholic moods.

Out of the Blue (2014) by Valentin Mihai Bogdan spontaneously develops with the integration of a blues scale, drawing on jazz and Balkan folk modes. Jeffrey D. Boehm’s Ovid’s Dream (2011) for solo trumpet and computer is a musical description of the creation story as described by Ovid in his narrative epic Metamorphoses. Zingara’s brazen and vocal-like colors as well as his aptness to perform in solo, chamber, and electroacoustic settings create an engaging exploration of these contemporary works. 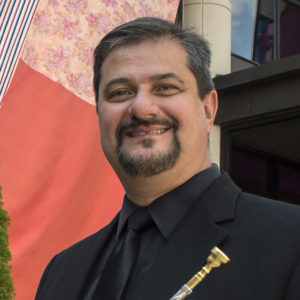 Dr. James Zingara has performed throughout the United States as well as England, Germany, the Czech Republic, Denmark, China, and Singapore. Currently he serves as Assistant Professor of Trumpet at the University of Alabama at Birmingham where his responsibilities include applied trumpet and brass methods, coaching and conducting brass ensembles, performing with the UAB Faculty Brass Quintet and UAB Chamber Trio, and coordinating the annual Brass Symposium. Former positions include Associate Professor of Trumpet at Troy University, and principal cornet/trumpet soloist with the US Air Force Heritage of America Band. He has held positions with the Northwest Florida Symphony, National Symphonic Winds, Sinfonia da Camera, Illinois Symphony, Virginia Symphony, Wisconsin Chamber Orchestra, Pensacola Symphony, and the Cheyenne Symphony. He has recorded on the Telarc, Zephyr, Capstone, and Mark labels, including performing on a Grammy® Award-winning album in 1994.