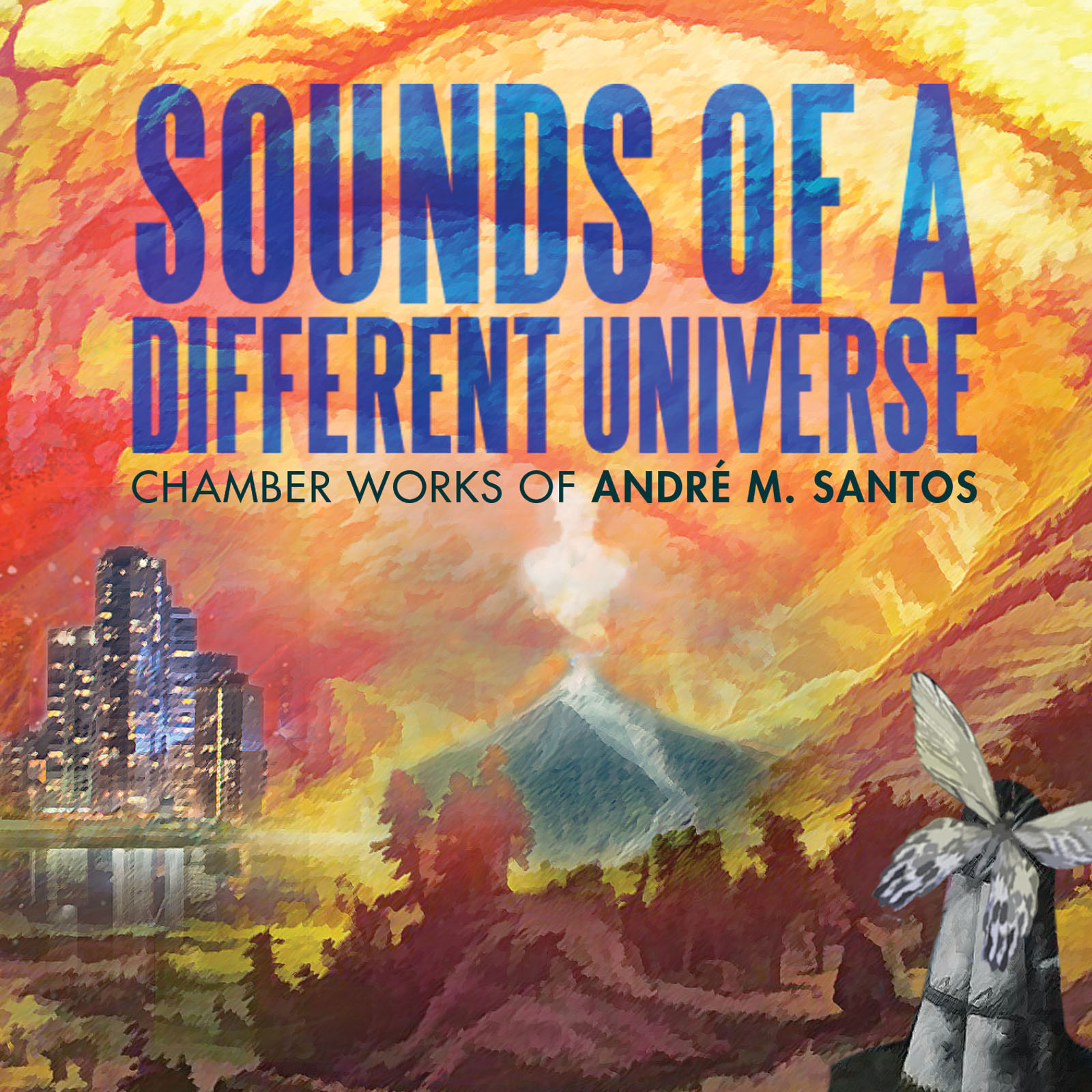 Sounds Of A Different Universe

Composer and guitarist André M. Santos showcases his chamber works on his debut Ravello Records release SOUNDS OF A DIFFERENT UNIVERSE. Santos wrote each of the pieces featured on the album for fellow musicians and friends, resulting in a kaleidoscope of diverse personalities and styles. To this end, the sounds in his pieces indeed inhabit a different universe—his colorful chamber works bring together unexpected and intriguing combinations of instruments and timbres.

Santos’s pieces capture the complexities of life experiences. He invites the listener to search for the secret hidden at the heart of his trio for flute, oboe, and piano, A Skeleton in the Closet. He uses the accordion in Word study: Manipulation and Insistes persiste e não desiste! (Insist, persist and don’t give up!) to explore abstract psychological themes, such as anxiety and manipulation. In other pieces, Santos draws inspiration from tangible figures and places. His Fantasias for solo guitar—a Divetimento, Valsa, and Epílogo—draw inspiration from the work and skill of Brazilian guitarist Yamandu Costa. In Lima, his three-movement trio for clarinet, oboe, and piano, Santos explores the Peruvian city through the eyes of its people, painting images of the city with imaginative timbres and traditional rhythmic motives of Peruvian music. Across the album, Santos’s music catches the listener by surprise, with each piece inhabiting its own distinct sound world. His comment on the Sounds of an annoyed person for marimba, vibraphone, and electronics resonates: Are you ready for this? 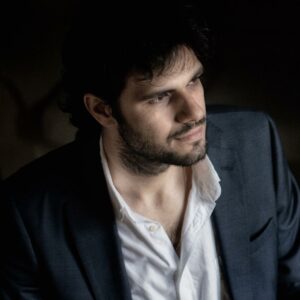 Born in Lisbon, November 1984. After completing a degree in economics in the Universidade Nova de Lisboa (2006), he began in 2007 a degree in classical guitar in the Escola Superior de Música de Lisboa with Piñero Nagy, and he completed his graduation in 2010 in the Sevilleʼs Conservatorio Superior under the guidance of Francisco Sanchez Bernier. In 2015 André fi nished his degree in composition in the E.S.M.L. and had António Pinho Vargas, Carlos Caires, and Luís Tinoco as his teachers.