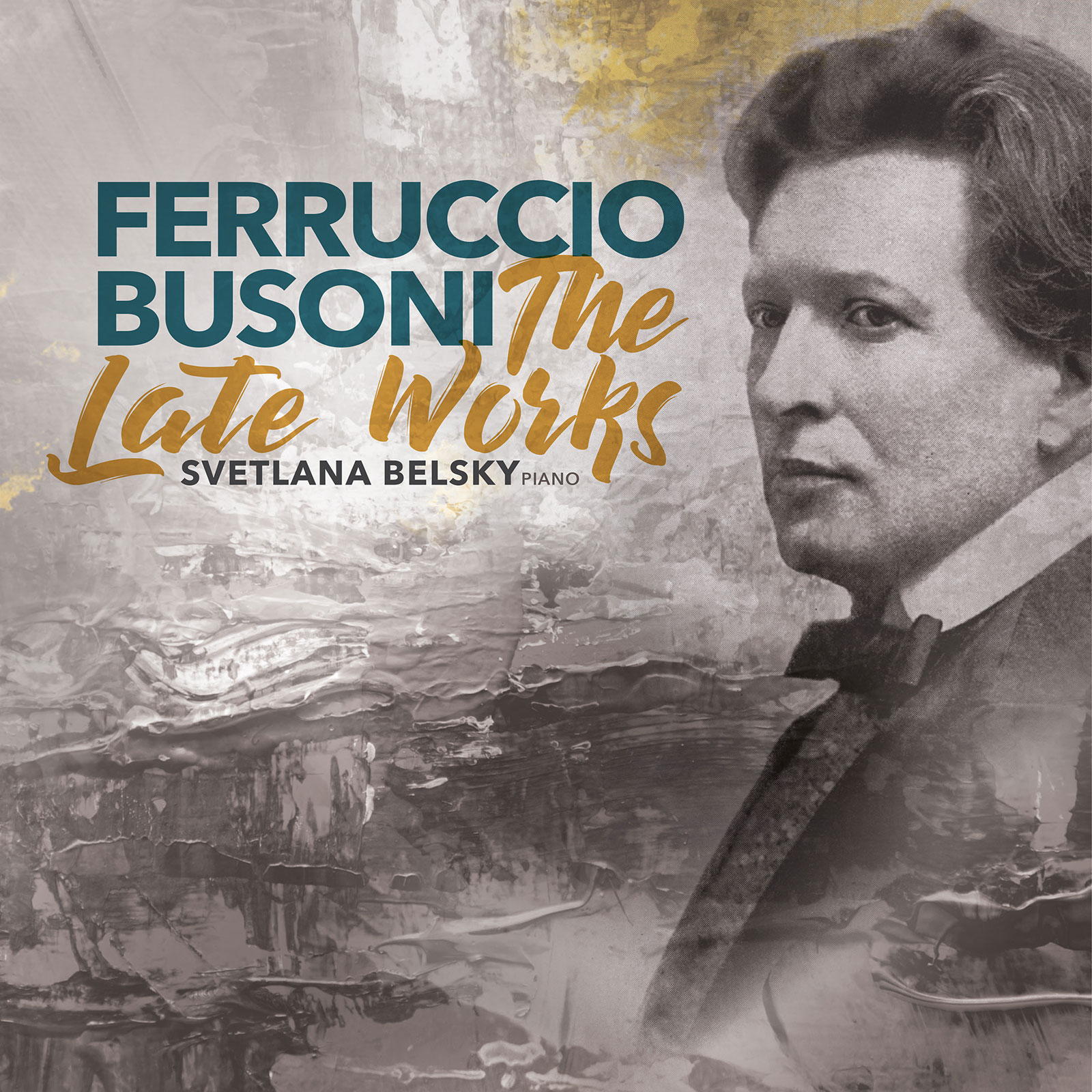 Music lovers are familiar with Ferruccio Busoni due to his extensive revisions of Johann Sebastian Bach’s keyboard works, but the Italian’s own compositions have long been reserved for the pleasure of a handful of connoisseurs. Looking at their technical scope, it is not difficult to see why: Busoni, a true-blue composer in the original sense of the word, possesses an original, eclectic style that is difficult to categorize. Pianist-performer Svetlana Belsky, who first discovered her love for the musical creator during her doctoral studies, thus insightfully avoids any attempt at stylistic classification, but rather interprets each and every piece with great respect to the particular work’s inherent nature.

Since Busoni’s pieces, individually taken, run the whole gamut from a late-Romantic, occasionally even classical aesthetic to borderline atonality, one would expect a coherent interpretation to be a truly fearful challenge. But this is where the magic sets in: Marrying awe-inducing technical capabilities to an artistic intuition of mind-boggling depth, Belsky manages to enter the inner sanctum of Busoni’s creative thought, no matter the style, with miraculous panache. The pianist effortlessly captures the soul of the piece, regardless of whether the composer furiously tears down form and tonality in Sonatina Seconda, whether he reminisces in Chopin’s lyricism in his Nine Variations, or whether he allows himself a rather off-color compositional remark by citing “Greensleeves” in Turandots Frauengemach. Belsky makes all these eccentricities sound perfectly plausible, imperative even; and she may well be the first pianist to accomplish this feat.

FERRUCCIO BUSONI: THE LATE WORKS, therefore, marks a new high point in the performance of the often- misunderstood composer; and Svetlana Belsky’s innate understanding of her kindred spirit may well inspire a historic turning point in the public perception of Busoni’s oeuvre.

Recorded on May 7 and 9, 2018 at PianoForte Studios in Chicago IL
Recording Session Engineer Victor LeJeune 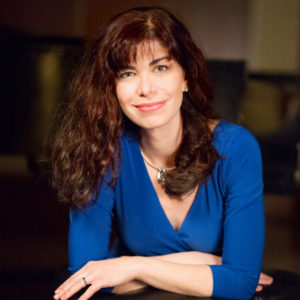 Critically acclaimed as “a passionate pianist and scholar,” Svetlana Belsky is a highly-demanded recitalist and chamber pianist, noted for her remarkable rapport with audiences and stylistic versatility. She has appeared in Italy, Ukraine, Russia, Poland, Canada, China, Taiwan, Hong Kong, and the United States. Belsky has received awards both for her performances in international piano competitions and for her advocacy of new American music.

Ferruccio Busoni (1866-1924) has earned an undisputed place among the greatest pianists of his time and perhaps of all time, both for his titanic technique and his unapologetic rejection of Late Romantic performance practices. His playing, teaching, and writings continue to shape how and what pianists play today. Busoni is still remembered for his innovative approach to J.S. Bach scholarship through his work as an editor, and especially for his ever-popular transcriptions of Bach’s organ works.

Less well known are Busoni’s original compositions, celebrated and reviled in equal measure. In the era of great artistic and historical upheaval between Late Romanticism and modernity, Busoni forged his own unique and fascinating musical language from the Brahmsian works of his youth and the Faustian masterpieces of his maturity. The works offered on this album trace some of this journey of transformation, from the quiet revolution of the Elegies (published in 1908), to the tortured darkness of the Sonatina Seconda (1912), to the transcendent pianism of the Variations on a Chopin Prelude (1922 in their final version).

Busoni’s great opera Doktor Faust, incomplete at the time of his death in 1924, occupied him for the two final decades of his life. All other works composed during this period bear an imprint of Busoni’s Faustian thought process to some extent. Sonatina Seconda, perhaps his greatest piano masterpiece, even contributed some of the opera’s most memorable material: the mystical march which accompanies the “students from Krakow” who bring Faust the instruments of magic by which he calls upon dark spirits and seals his fate. One searches in vain for the plot in the Sonatina. Instead, it is a study of a man’s reaction to dark magic – both his abject terror and his inevitable surrender to its irresistible sweetness. The Sonatina opens with a single line which strives ever upward. The peacefulness is shattered by a dissonant and furious pianistic assault — a brilliant portrayal of a man’s fugue state. Into this enters the mystical march, bringing with it mood shifts from hopeful, to feebly resistant, to horrified, to willingly capitulating. Reality dissolves into a magical mental landscape. Then the march appears again as the magic departs, and whoever (or whatever) remains seems to laugh and dance a quiet but triumphant jig. At the premiere in Milan in 1913, the audience rioted. More than a hundred years later, Sonatina never fails to provoke a reaction.

Busoni composed his pianistic tour de force, the Variations on a Chopin Prelude, in 1884. The final version, which is heard here, appeared in 1922 as part of his Klavierübung. The specifics of the revisions are fascinating. The nine variations, already forward-looking in the 1880s with their extended tonality, tight structure, and their ability to extract every possible nuance of sound from the instrument, are kept intact. A long and rambling Fantasy is removed, but a terse, fugal, atonal, and thoroughly Faustian introduction is added. Busoni, the music scholar and historian, arranged the variations roughly in the ancient double-variation tradition, where each variation uses shorter note values than its predecessor. But at the root of the Variation structure is the peculiar, tripartite structure of Chopin’s C minor Prelude itself. Without the now-removed Fantasy, there are now nine variations, arranged in groups of three, with each variation more or less obviously divided into three parts.

Published in 1908, the Six Elegies represent something of a manifesto of Busoni’s new compositional style. “My entire personal vision I put down at last and for the first time in the Elegies,” he writes, and “the Elegies signify a milestone in my development. Almost a transformation. Hence the title, ‘nach der Wendung.’” Both compositionally and practically, these pieces form something of a bridge between Busoni’s earlier Romantic style and his future, more modernist approach. Only No. 1, Nach der Wendung, a quiet exploration of triads and appoggiaturas – the most basic musical material – stands fully on its own. Nos. 2, the Barcarolle and Tarantella, with its glorious melodicity and superimposition of major and minor, is a reworking of earlier material (the Piano Concerto). The most popular Elegy, No. 4 (variations on “Greensleeves,” which Busoni mistakenly thought to be a Chinese folk tune), and the least favorably received, No. 5 (a most amazing vision of a Waltz) are from the Turandot Suite. No. 3, a modern take on a Chorale Prelude, will become part of the later Fantasia contrappuntistica. No. 6, the haunting Erscheinung (Notturno) was used in the opera Die Brautwahl. Each of the Elegies is dedicated to one of Busoni’s piano students.