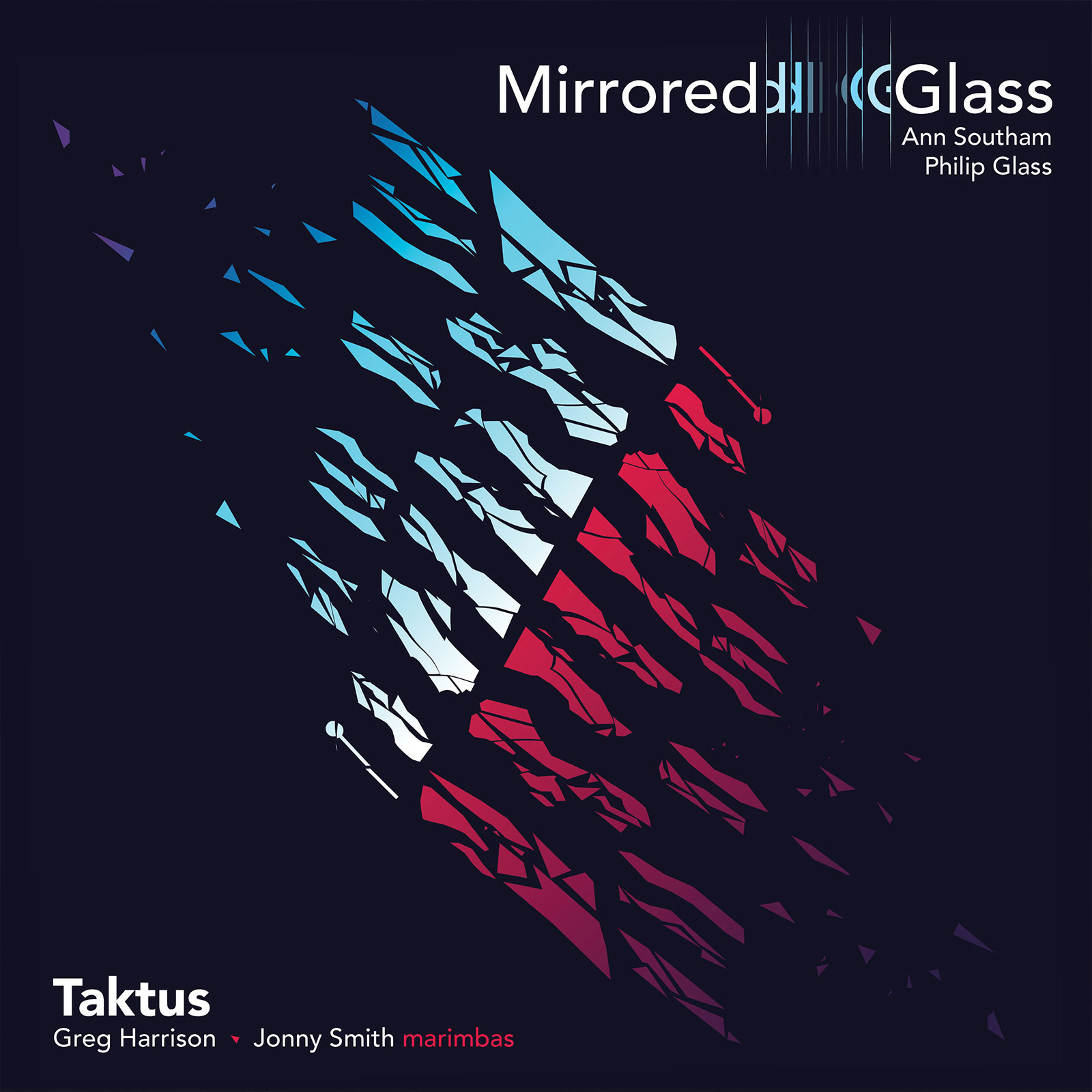 Taktus Duo’s MIRRORED GLASS is all about examining similarities and differences, like reality and the image in the mirror. Creating a two-sided album, percussionists Greg Harrison and Jonny Smith take inspiration from piano composers Ann Southam and Philip Glass and filter their music through the sounds of the marimba.

On the first side of the album, Taktus performs arrangements of Southam’s Glass Houses and Rivers 1. The decidedly bright and joyous tone of the album reflects Southam’s sound, and the duo uses electronic processing on their instruments to create an effect similar to the sustain pedal on piano.

The second side features arrangements of Glass’s Etudes and Music in Contrary Motion. In these pieces, the duo creates a more dark, moody atmosphere, reflective of Glass’s sound. The interplay between Harrison and Smith displays the marimba’s most distinct qualities. The minimal melodies and harmonies still carry the sound along beautifully, while the rhythmic performances create a hypnotizing groove, gripping the listener throughout each piece.

The two sides of MIRRORED GLASS were recorded in different studios with different recording engineers, providing a contrasting sonic experience. The album, however, comes together beautifully as a whole. No matter the mood, MIRRORED GLASS has something for every listener.

Special thanks to Kip Southam, Julia and Peter Smith, Gary and Janet Good, the Conlin Family, and everyone else who donated funds toward the production of this album. We could not have done it without you! 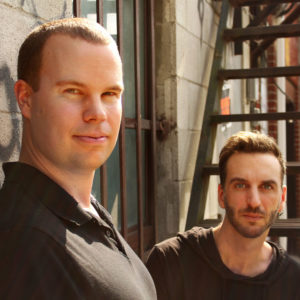 In 2010, Greg Harrison and Jonny Smith created the percussion duo Taktus while pursuing Masters Degrees at the University of Toronto. With a wide range of musical influences - from classical to electronic - Taktus seeks to create music that crosses borders between genres and is relevant to contemporary audiences. Their premiere project is set of marimba duet arrangements of Glass Houses - a seminal work of Canadian minimalism by composer Ann Southam.

After releasing our debut album, Glass Houses for Marimba, we were sure that we wanted to continue arranging and performing music by Canadian composer Ann Southam. Her series of minimalist, solo piano pieces, Glass Houses, are what first brought Taktus together. But we were also looking for music that would contrast and complement Southam’s works while also translating well on the marimba. When we began listening to Philip Glass’s piano Etudes together during long van rides while on tour, we knew we had found a good fit. The rich harmonies and clever rhythmic interplay that we adore about Southam’s music are also present in the piano works of Glass. Yet the two composers bring distinctly different qualities to their music. While Southam’s works are often joyous, bright, and peaceful, Glass’s music is generally edgier, darker, and more brooding.

This led us to the concept of doing a “two-sided” album. In order to highlight both the similarities and differences between the music of these two composers, we recorded selections of their piano music that we have arranged for two marimbas. On Side A, you will hear four of our new arrangements of Southam’s Glass Houses (1981, revised 2009), along with our unique take on her Rivers 1 (1979, revised 2004). In this piece, we have incorporated electronic processing through a delay pedal as an alternative to the piano’s sustain pedal. On Side B, you will hear our arrangements of four of Glass’s Etudes (1991-2012). We also recorded Glass’s early minimalist work, Music in Contrary Motion (1969), originally for solo organ. We used Moog synthesizer drones in place of the organ pedal tones which mark the sections of the piece. The two sides of the album were recorded in different studios with different recording engineers resulting in different sonic outcomes. The intention was to create two distinctive auditory environments on the album that further enhance the contrasting moods of the music.

Our quest to find minimalist music that can be translated onto the marimba has caused us to think deeply about these composers’ works. Not every piece of minimalist piano music will work on the marimba due to its relatively short sustain and smaller range. However, we think there are some things that the marimba can do better than the piano or, at least, do differently. The sonic and rhythmic qualities of these pieces can be enhanced by carefully choosing different mallets for each register of the marimba. The overlapping patterns of the music can be articulated more clearly when being performed by two independent players on two separate instruments. Ultimately, we hope that the listener will thoughtfully consider our perspectives on these pieces, enjoy the work of these composers in a fresh way, and be as engaged as we are with this music!

This project is funded in part by FACTOR, the Government of Canada and Canada’s private radio broadcasters.

Special thanks to Kip Southam, Julia and Peter Smith, Gary and Janet Good, the Conlin Family, and everyone else who donated funds toward the production of this album. We could not have done it without you!