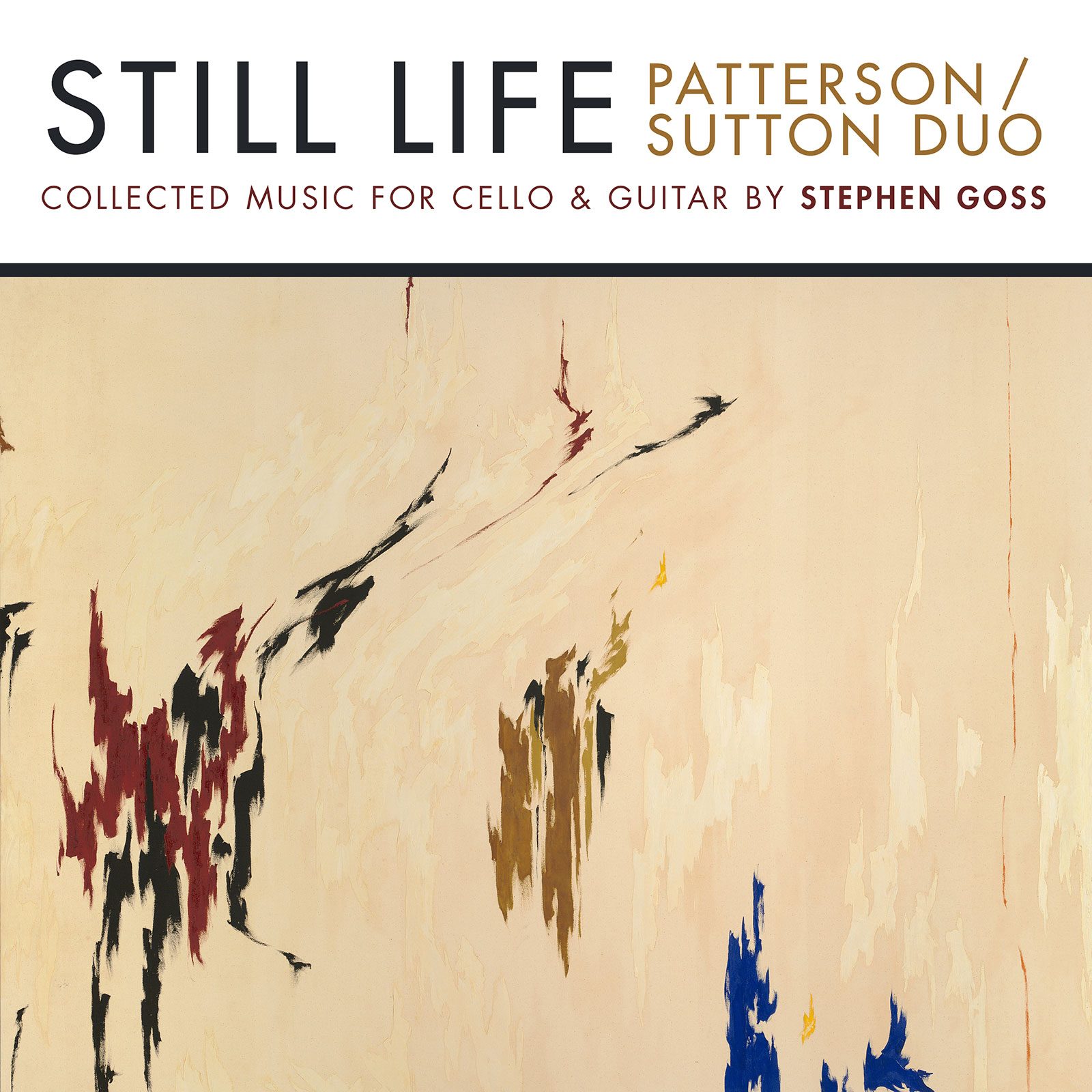 The trailblazing duo of Kimberly Patterson and Patrick Sutton are champions of the budding cello & guitar genre of chamber music. The Patterson/Sutton Duo and composer Stephen Goss have worked together over many years and this album represents the fruits of their musical collaboration. This collection of Goss’s complete works for cello and guitar is a kaleidoscopic journey through the evocative sound world of this instrumental pairing. It represents a substantial contribution to the standard cello and guitar repertoire by one of the guitar world’s most sought after composers.

Borrowing heavily from a cadre of virtuosic avant-garde rock and jazz guitar legends, Park of Idols gets the album off to a boisterous start. Motherlands takes us on a nostalgic and highly contrasting tour of Jewish, Arabic, Russian and American folk music. This is followed by the premiere recording of the original version of Goss’s The Autumn Song, a languid meditation on the nature of loss based on ancient Chinese poetry. Goss’s beautiful Welsh Folk Songs are already a well-loved piece of chamber music and are heard here for the first time on cello and guitar. They are a haunting highlight of this recording. Commissioned by the Patterson/Sutton Duo in 2018, the album finishes with Still Life, a suite that celebrates the life, work, and inspirations of the American abstract expressionist painter, Clyfford Still.

Featuring multiple world premieres and a diverse array of styles, STILL LIFE: Collected Music for Cello & Guitar by Stephen Goss attempts to push the medium of cello and guitar to its limits.

Recorded in Hamilton Hall, Newman Center for the Performing Arts, University of Denver in Denver CO

The Patterson/Sutton Duo would like to thank the following individuals and organizations for their support: Stephen Goss, the Clyfford Still Museum, the University of Memphis, Sonia Rae, Ricardo Iznaola, Jonathan Leathwood, Henry and Joyce Sanger, Wayne and Andrea Patterson, and Joy Jensen.

All the music on this recording is published by Doberman-Yppan, Quebec, Canada 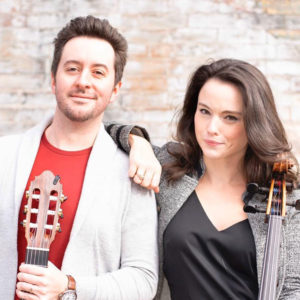 Praised by The Strad magazine for their "wit and imagination", the trailblazing Patterson/Sutton cello and guitar duo continue to be in demand as they bring the rich cello and guitar repertoire to audiences around the world. The Patterson/Sutton duo were featured artists at the 2016 Guitar Foundation of America Convention and have an ongoing relationship with The Juilliard School as Juilliard Global Visiting Artists. The duo have been featured on Performance Today/American Public Media, Radio New Zealand, Fine Music Radio South Africa, among many others. 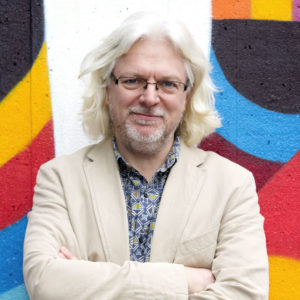 Stephen Goss’s music receives hundreds of performances worldwide each year. It has been recorded on over 80 CDs by more than a dozen record labels, including EMI, Decca, Telarc, Virgin Classics, Naxos, and Deutsche Grammophon. His output embraces multiple genres: orchestral and choral works, chamber music, and solo pieces. He is considered ‘One of the guitar’s finest living composers’ (International Record Review). 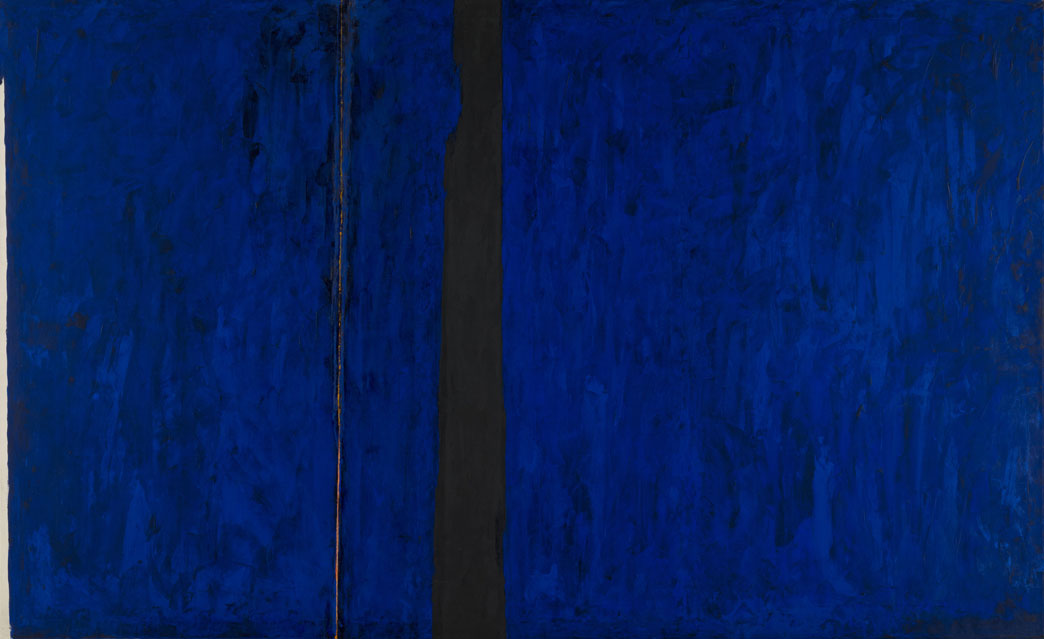 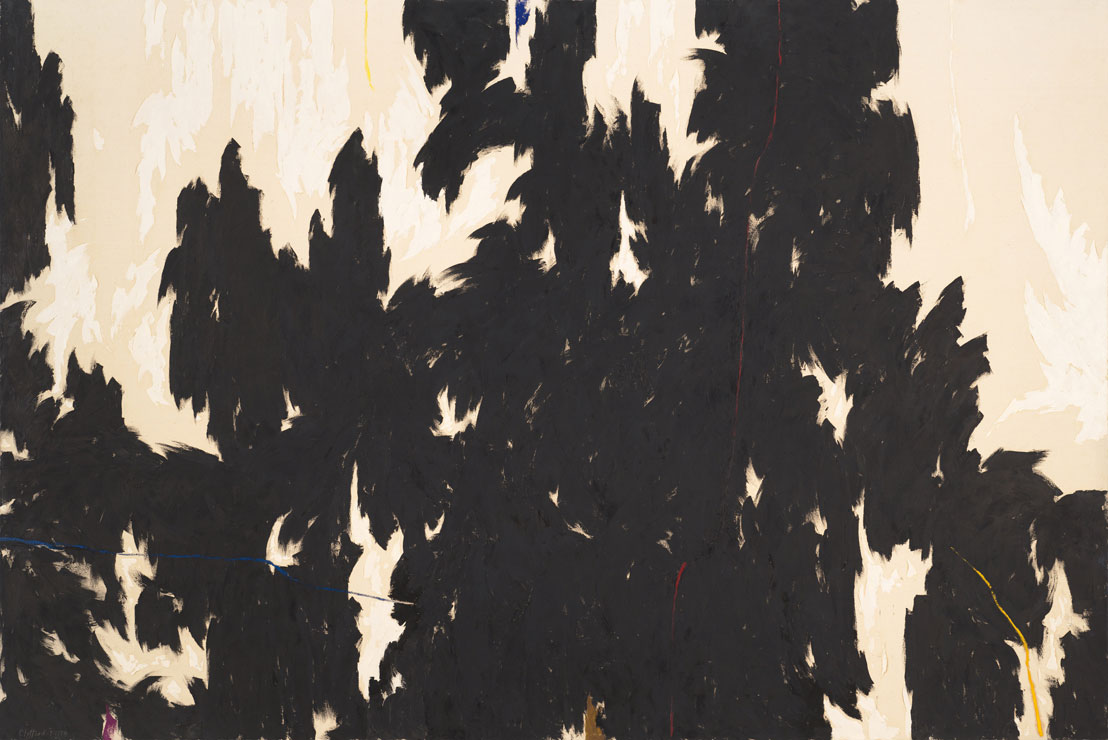 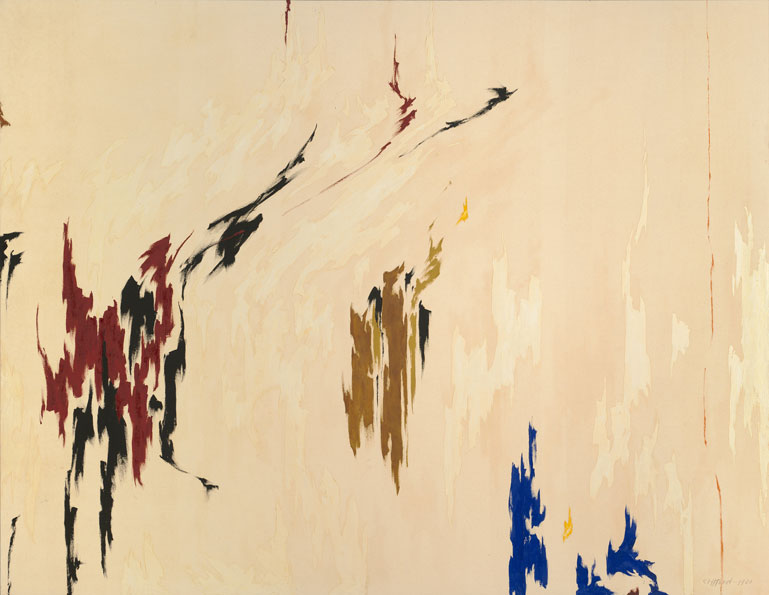 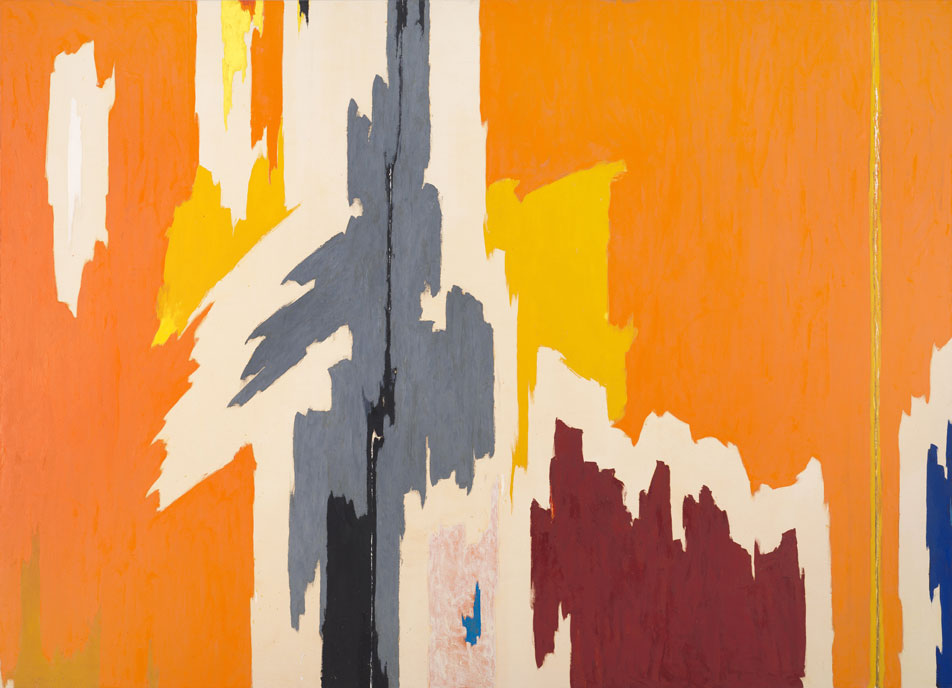 I have had the great pleasure of working with Kimberly Patterson and Patrick Sutton over many years, and this album represents the fruits of our musical collaborations. I was delighted when they commissioned STILL LIFE from me in 2018 and I took the opportunity to write something that I think reflects their musical personalities as well as something that attempts to push the medium of cello and guitar to its limits.

The first piece of mine that Kim and Patrick ever played was Park of Idols. They have since given countless performances of it, delivered lectures on it, and they have recorded it before; so the piece is an important starting point for this collection. This new recording really knocked me out when I heard it. The piece has gotten to their cores, and they live and breathe it in a way that reveals the essence of the music.

When I was putting Park of Idols together, I asked the dedicatees (cellist Leonid Gorokhov and guitarist Richard Hand) for the names of musicians, composers, albums, and pieces that they particularly admired or enjoyed. The wide-ranging list that came back helped to shape the diverse collection of six musical tributes.

The opening movement, “Jump Start,” is a quirky homage to Frank Zappa. “Cold Dark Matter” borrows its name from Cornelia Parker’s 1991 artwork that comprises the ragged fragments of the remains of a garden shed destroyed in a controlled explosion – familiar objects are seen from an unfamiliar perspective. In my piece, splinters of Shostakovich’s 14th symphony are scattered, filtered, stretched, and reassembled so that the original is only faintly suggested. “Fractured Loop” is built out of re-ordered cuttings from a Pat Metheney guitar solo superimposed over a cello pizzicato bass line and “Malabar Hill” is a reworking of a Mahavishnu Orchestra track by John McLaughlin. The fifth movement “The Raw” is for solo guitar and draws on the harmonic idiom of Allan Holdsworth. “Sharjah” is a tribute to the prog rock band King Crimson where the cellist imitates the guitar style of Robert Fripp.

Motherlands was commissioned by two friends of mine from Colorado, Joyce Berman and Henry Sanger. They wanted a piece that was somehow connected with their roots, their motherlands. Henry, an American with a Methodist upbringing, and Joyce, with Jewish and Russian roots, suggested many hymns, folksongs and traditional songs for me to adapt that had a special connection with their distant childhoods.

This initial idea led me to think more about migrations, both forced and chosen. Displacement seems to be a present-day epidemic, and a return to an imagined Arcadian homeland is a fantasy shared by many. Motherlands is about this reflective, internalised, and personal nostalgia; it’s what the Welsh call hiraeth. I present this as an antidote to the far more destructive restorative, external, and societal nostalgia; represented by national and nationalist revivals all over the world.

After an initial Incantation for the solo cello, Motherlands explores a number of musical traditions from Klezmer and folk music to hymns and spirituals. Sometimes I use traditional melodies in their entirety (Roah Veroh), at others I use fragments from several sources to generate new melodies (Hymn).

Originally written for soprano saxophone or viola and guitar in 2019, Kim and Patrick heard Motherlands and immediately asked me to make a version for them for cello and guitar. This is it.

The theme of displacement continues in the next piece. Commissioned by Natalie Clein and Xuefei Yang, The Autumn Song is based on the various ancient Chinese poems and stories about the parting of lovers. The piece depicts a forced separation due to the male partner having to go and serve in the building or guarding of the Great Wall of China. The music evokes the melancholic character of loss – in particular, that quality of ambiguity caused by the fact that neither partner knows if the loss is temporary or permanent.

My set of six Welsh Folksong arrangements was assembled for the Welsh-Argentine Guitar Duo in 2008. The duo had been performing three settings that I originally made for voice and guitar in 1991, and they asked me to set some more for their forthcoming tour of Argentina. I tried to keep the settings uncluttered, so that the simple beauty and individual character of each folk song melody would not be lost. The top line can be sung or played on any melody instrument. To date, the melody line has been performed on flute, oboe, soprano saxophone, clarinet, bassoon, violin, viola, cello, and guitar.

The 18th-century harpist and composer David Owen was known locally as “Dafydd y Garreg Wen (David of the White Rock)” after the farm near Morfa Bychan that was his home. According to folklore, Owen called for his harp as he lay on his death bed and composed this haunting melody. “Lisa Lân (Fair Lisa)” is a lover’s lament. The heartsick lover asks Lisa to guide him to where she is, so that they may be reunited in death. In contrast “Lliw Gwyn Rhosyn yr Haf” is a joyous love song dedicated to the white rose of summer. “Suo Gân” simply means lullaby, although this seemingly comforting melody is tinged with melancholy. “Hela’r ‘Sgyfarnog (Hunting the Hare)” is a lively hunting song and “Wrth fynd hefo Deio i Dywyn” is all about a shopping trip to Tywyn (with Deio).

Still Life is a celebration of the life and work of the abstract expressionist artist Clyfford Still (1904-1980). Four of the movements are musical meditations on Still’s paintings – these are interspersed with three movements that explore Still’s passion for Jazz, Beethoven, and Williams Blake.

The opening movement, “Black” (for solo cello), reflects the bleak mood of many of Still’s darker paintings. “Groove” (for solo guitar) begins halfway through the solo cello movement and, for a time, each player plays their own music, oblivious of the other. As “Groove” continues, the cellist completes “Black” and starts “Blue” (the 3rd movement). The guitarist’s music then morphs away from the “Groove” material and catches the cellist in “Blue” a few measures later.

“Blue,” seedy and bluesy, leads directly to a Beethovenian “Scherzo” of boundless energy and forward momentum. This is sharply contrasted with the stillness and emptiness of “Space.” “Albion,” which follows, is a nostalgic tribute to the poet William Blake. Still Life concludes with “Colour,” a vivid musical portrayal of Still’s most vibrant and colourful paintings.

It was very special for me, Kim and Patrick, that the premiere of Still Life took place at the Clyfford Still Museum in Denver. The original art that had been the impetus for the piece was hanging on the walls where the music first came to life.

Park of Idols was commissioned by Leonid Gorokhov and Richard Hand, who gave the first performance at the Keele Concert Society on 9th November 2005.

The Autumn Song was commissioned by Natalie Clein and Xuefei Yang who gave the first performance at the Macau Festival, China, on 13th October 2009. They gave the UK premiere at Wigmore Hall, London, on 3rd February 2010.

The first complete performance of Welsh Folksongs was given by the Welsh-Argentine Guitar Duo at The Minster, Axminster, Devon, on the 12th July 2008.

All the music on this recording is published by Doberman-Yppan, Quebec, Canada.