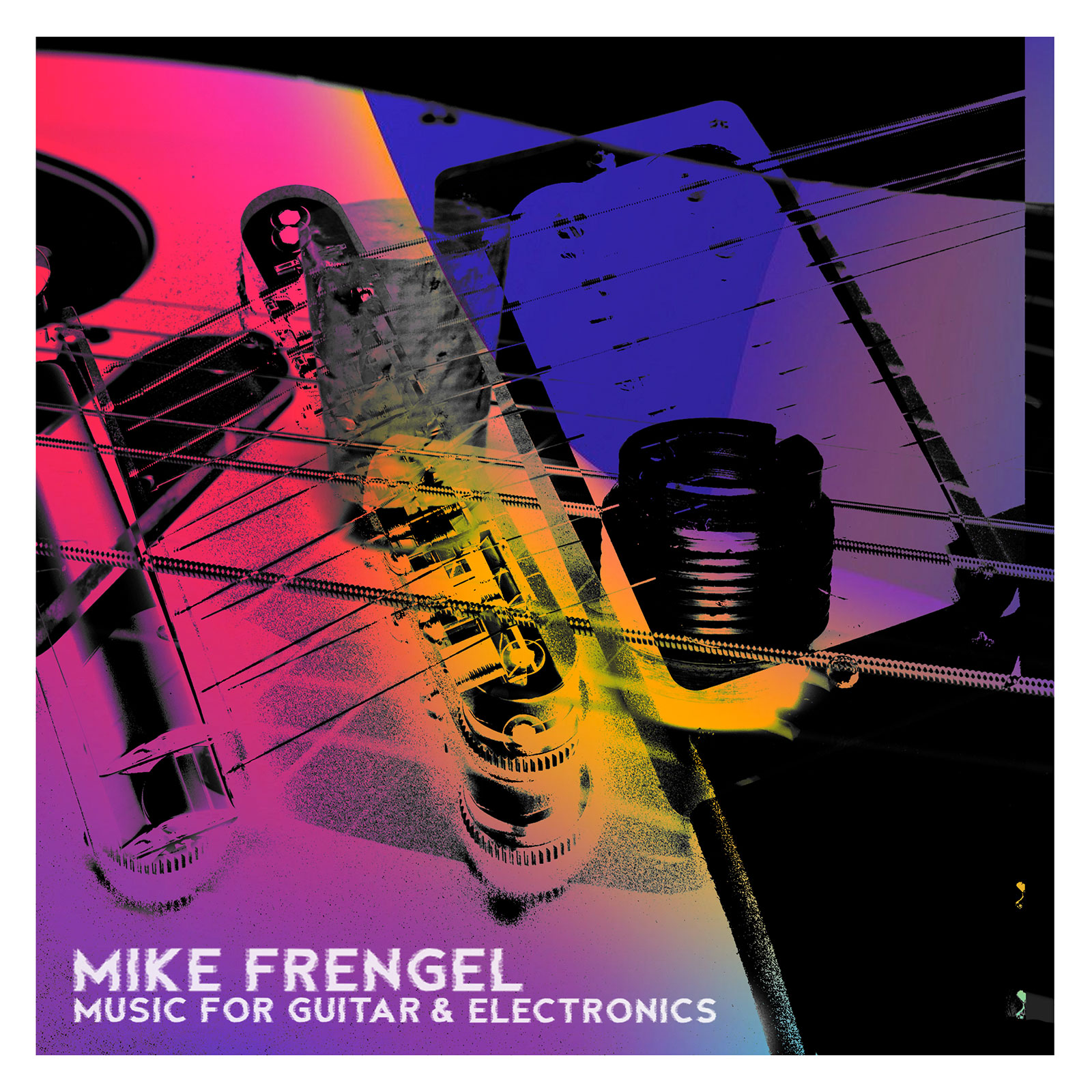 Music for Guitar and Electronics

Even for a genre that famously balks at convention, MUSIC FOR GUITAR AND ELECTRONICS is an exciting departure from what we’re used to in the electronic music world. Upon hearing the new album, it comes as no surprise to learn that Frengel is something of an expert in this field. His book The Unorthodox Guitar: A Guide to Alternative Performance Practice, published by Oxford University Press in 2017, reflects his fascination with the guitar and his obsessive quest to engineer new ways of playing it. Hotbird, the first track on the album, utilizes a “prepared” guitar which emits rattling harmonies and alien harmonics. This piece and those that follow highlight Frengel’s desire to wed live recorded performances with electronic manipulation, pushing the guitar to sound and behave like nothing we have ever heard before.

Later, the three-movement work Country Roads incorporates sounds from country western, like the tone bends of a pedal steel and double stops. But this is no Randy Travis tune—amid the ambient sounds of a barnyard, we hear the twanging notes dip and rise like gunshots, eschewing traditional tonality for a host of timbral fascinations. Later, the second movement incorporates Travis picking, with a third movement that includes the sound of an electric guitar bowed with a drumstick.

Electronic music composers are often considered to be on the creative forefront, the true avant-garde. If this is so, Frengel is out at the bleeding edge, taking an instrument we all thought we knew and reimaging its potential. Composers in this genre often pride themselves on deconstructing commonplace instruments and sounds, and Mike Frengel has done just that—the result is like nothing you’ve heard before. It might just cause you to take your old Stratocaster out of its case and give it a strum with a fresh set of ears. 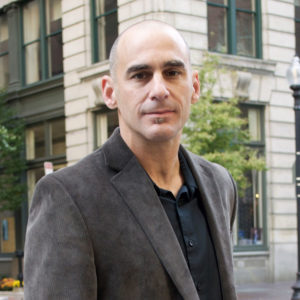 Mike Frengel is an internationally recognized composer, performer, researcher, and educator. Born in Mountain View, California, Mike graduated with a B.A. in electroacoustic music from San Jose State University in 1995, where he studied composition and sound production with Allen Strange and Dan Wyman. He spent another three years in the San Francisco Bay Area working at Apple Computers Inc. as well as remaining affiliated with the C.R.E.A.M. Studios at SJSU as a Research Scientist. Mike completed his M.A. in electroacoustic music composition at the Bregman Studios at Dartmouth College in 1999 under the tutelage of Jon Appleton, Charles Dodge, Larry Polansky, and Christian Wolff. He completed his Ph.D. at City University, London, where he studied composition with Denis Smalley. 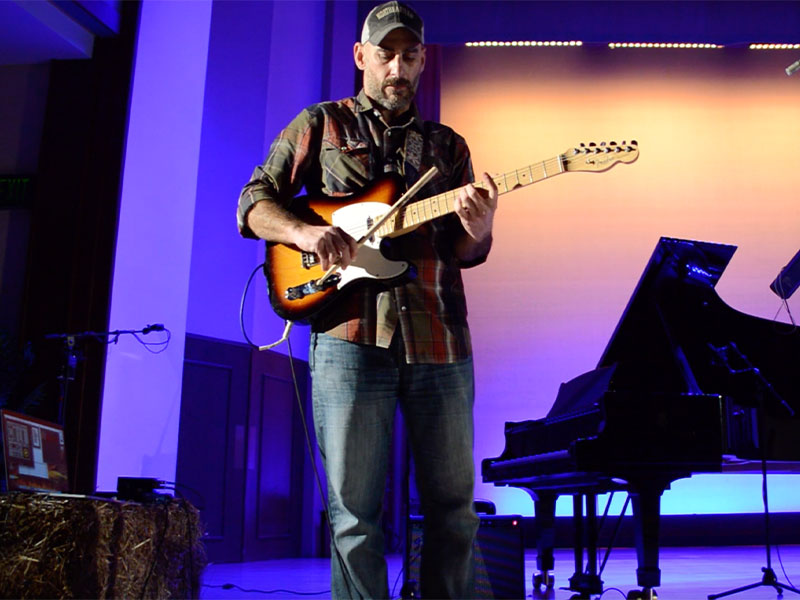 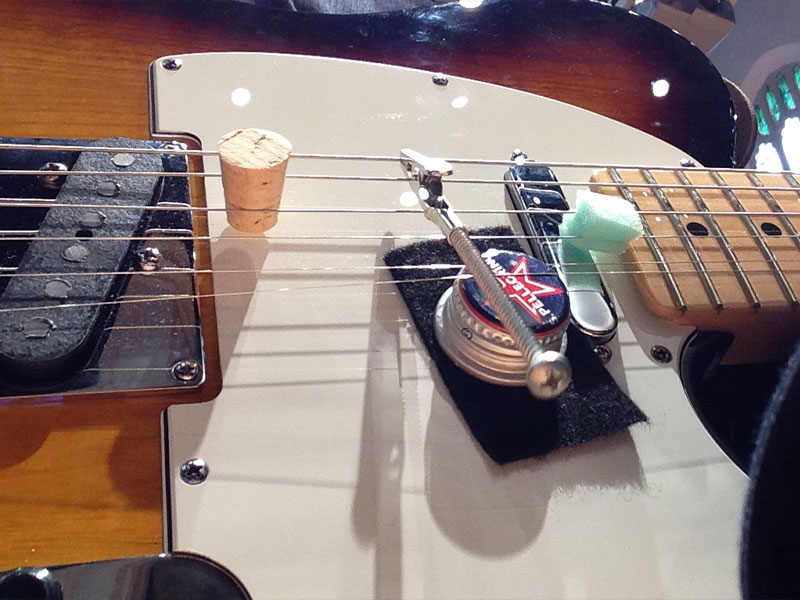 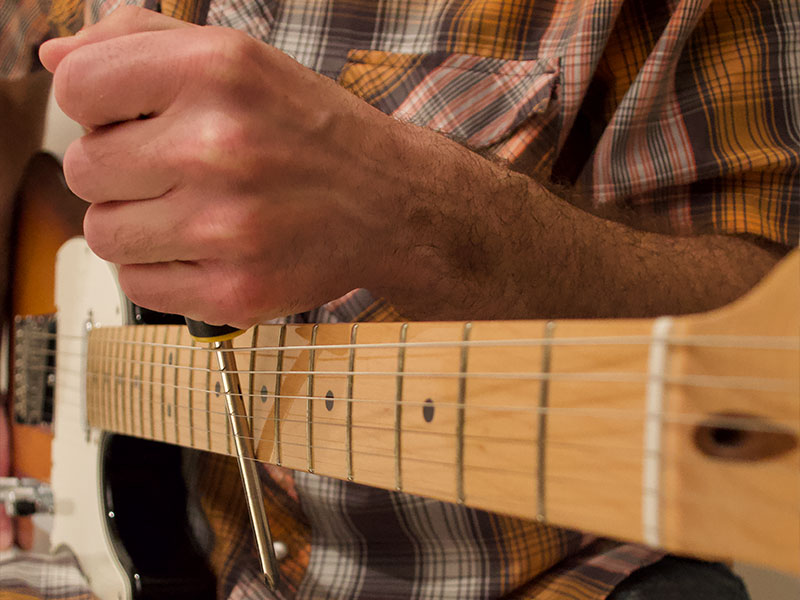 This collection of works for guitar and electronics was composed over a period of 20 years, beginning with And Then, Romina… in 2000. The pieces approach the guitar in unconventional ways, incorporating alternative tunings, instrumental preparations, extended performance techniques, and electronic augmentations. Such adventurism is largely motivated by a desire to find a coherent musical language that both the live instrument and the electronically mediated sounds can flourish in—a musical language that allows both live and non-live elements to bring their full potential to the work. While conventional musical materials most certainly allow a musician to bring the skills developed over years of study to the performance, to confine non-live elements to the timbres and behaviors typically associated with the instrument would greatly restrict the electronic components and, in many ways, undermine my very interest in them. This quest for a common ground between live and non-live elements in mixed works has led me to push the guitar beyond familiar timbral and behavior expectations and closer to characteristics of electroacoustic music. It is in this spirit that I composed this music.

My experience working with the guitar in unconventional ways motivated me to write a book on the subject, The Unorthodox Guitar: A Guide to Alternative Performance Practice, published by Oxford University Press in 2017. In return, the book, and the research that led to it, has inspired my later compositions and the way I think about the guitar. Having performed these works at festivals, conferences, and other venues for years, I am delighted to publicly release them in a single collection. I hope you enjoy them. For more information, including scores and performance materials, visit www.mikefrengel.com.

Hotbird explores flight, freedom, and instrumental transfiguration. In sections of the piece, the guitar is prepared by weaving a snippet from a D-string (.026 gauge) through all six strings at the 5th fret. Harmonic structures are formed above the preparation by combinations of stopped and open pitches, the latter causing the preparation to rattle. The resulting enharmonic spectra were then analyzed, and the prominent frequencies accentuated through the addition of electronic tones. The guitar is placed in a drop-D tuning to accommodate ascending tri-tone runs that span the fretboard. In addition, I exploit the fact that the electric guitar emits almost no sound acoustically. When fed directly into a computer for live processing before going to the amplifier it becomes possible to turn the dry signal down so that all that can be heard is the processed sound. The guitar essentially becomes a controller for electronic sound. In the midst of such instrumental transformation, the familiar and aggressive character of the electric guitar reveals itself at recurrent points throughout the piece.

Slinky is one in a group of my works exploring interleaved form, whereby large-scale developments with distinct identities are divided into segments and alternated in succession. In Slinky, the segments of each identity act as sections of the holistic structure. A unique quality of interleaved structures is that returns to an identity are better described as continuation than repetition or variation, and consequently, the full development of each identity is only revealed over the duration of the piece. When those developments significantly transform the characters of the identities, then dynamic relationships emerge between them and between the various sections of the piece.

In Slinky, the identities themselves are distinguished not just by their musical materials, but also in the relationship between the live instrument and non-live electronic sounds. At times the electronic sounds contribute a distinct and co-equal voice, as in a duet, while at others they provide supportive accompaniment to the foregrounded live guitar. Yet at other times, the electronic sounds seem to fuse with the live instrument, as if to expand its timbral and behavior possibilities. The guitar is tuned to drop-C in order to achieve a slack quality in the lowest string, which I affectionately think of as the “slinky string.”

In research leading up to the publication of The Unorthodox Guitar: A Guide to Alternative Performance Practice (2017) I became acquainted with and fascinated by the performance techniques used by country music guitarists: the oblique motion of string bends to emulate the pedal-steel; the polyphonic potential of hybrid picking; the open sonorities of the double and triple stops. Country Roads explores these techniques, re-contextualized in a contemporary setting and augmented with electronic elements. The first movement explores string bends. The second movement employs Travis picking in the right hand, a classic country fingerstyle developed by Merle Travis. The third movement reveals itself to be a duet of sorts; the left hand plays solo while the right hand renders a second voice by bowing the lowest string with a drumstick.

As a child I spent summers visiting family in Pennsylvania, where I can remember going out to the countryside at twilight to watch the fireflies. Hundreds of luminous yellow points in the distance, hovering, slowly pulsating, some near, some afar—a mesmerizing natural light show. Fireflies is inspired by the beautifully strange behavior of these little insects and the countryside they inhabit. The guitar is placed in an open tuning and prepared with a third bridge—a wooden dowel inserted between the strings and fretboard. The bridge is positioned at the 10th fret so that the string segments on both sides of the bridge create an interval of a major third. The guitar is played face-up on the lap with left and right hands engaging both front and back tones. Aside from fingernails, a small variety of objects are used to engage the strings, most notably, a solid metal dowel.

And Then, Romina… for prepared electric guitar and electronics (2000)

And Then, Romina… is a raucous and dramatic work which explores various relationships between live guitar and electronic sounds. Among these is a concern for using electronics to extend both the timbral and performance possibilities of the live instrument. Harmonic elements are abstractly based on the Italian song O’ surdato ‘nnammurato (Califano/Canino, 1915), which can be heard most distinctly at the end. Through the use of special preparations of the instrument, extended performance techniques, and a concern for electronic extension, the hope is that And Then, Romina… will transcend the listener’s expectations of electric guitar performance. The piece was composed at City University, London in 2000. It was a prize-winner in the 2000 Luigi Russolo Composition Competition and was initially published on the Luigi Russolo 2000 album (Luigi Russolo Foundation, 2001). This is a new recording made for PARMA Recordings, with slight refinements to the music that I have incorporated over the years.