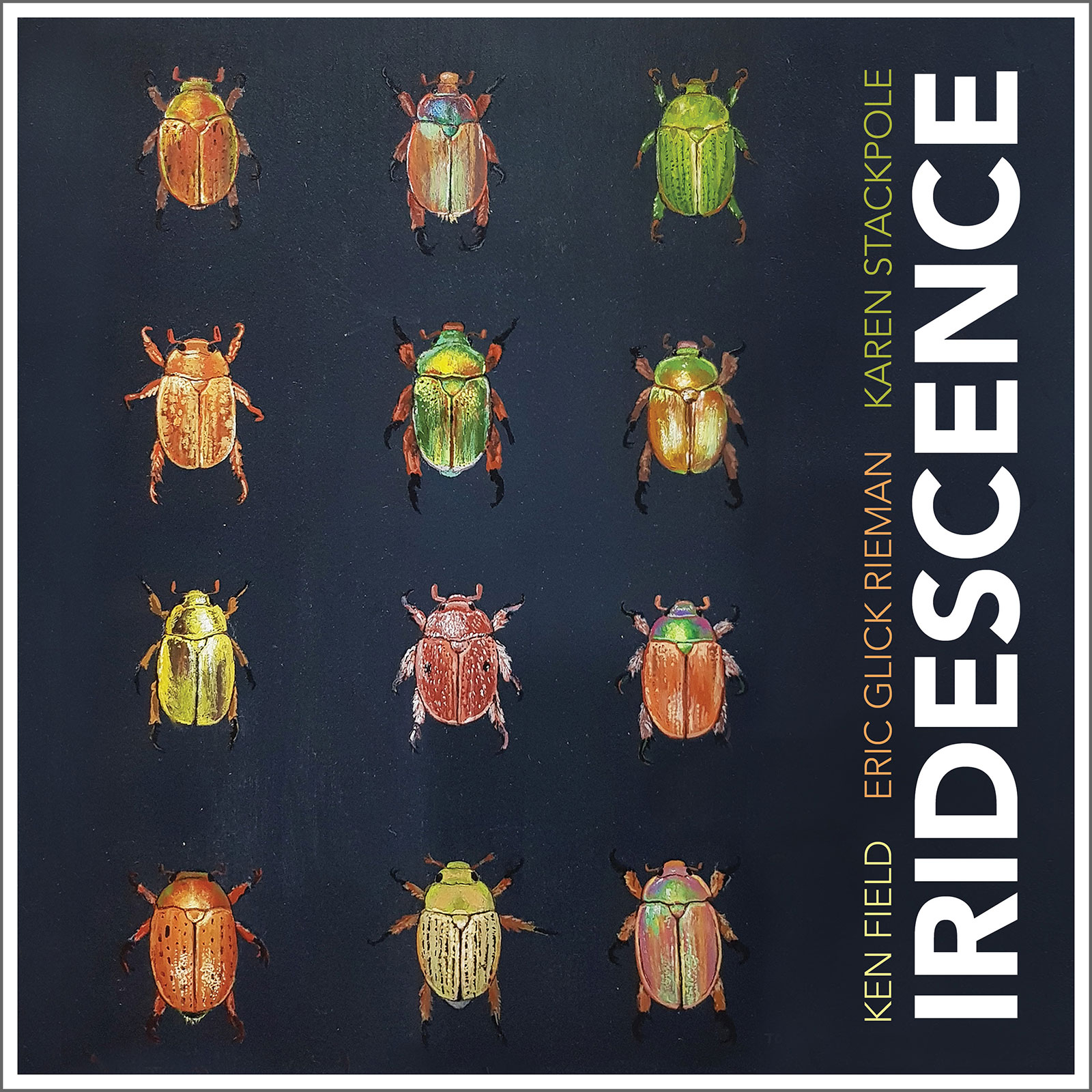 “I was on my way back home to Massachusetts in early 2019 from what has become an annual gig for me in Australia, and we had a 2-night stopover in San Francisco. I had my sopranino saxophone and my flute with me for that trip.

I had inquired with a few friends a few months earlier to attempt to take advantage of the stop by setting up a performance opportunity for myself. I learned that there was a great house-concert situation at “Tom’s Place” in Berkeley, and was able to secure a date. I was also very lucky to be able to contact and enlist the wonderful keyboardist Eric Glick Rieman, who works often with prepared keyboards. I had some familiarity with his work through my years of hosting the weekly radio program of “creative instrumental music” called The New Edge, on WMBR in Cambridge, MA. A few musicians were suggested to round out the trio, and we were fortunate to end up with fantastically creative percussionist and gong player Karen Stackpole.

The three of us had never met or played together, so it was an evening of totally spontaneous improvisation. Our host Tom made a high-quality stereo recording, Peter Kaars took some amazing photographs, and NY based Erdem Helvacioglu subsequently did some wonderful work mastering the live tracks.

While I was in Australia the following year, in early 2020, I met the visual artist Joel Tonks, and when I saw his beautiful painting (which I originally thought was a photograph!) of an array of iridescent beetles, I thought that it would not only make for a great cover image, but that the title Iridescence was a good fit for this music. I’m grateful that Joel gave me permission to use the image for this release.”

Produced by Ken Field (kenfield.org)
Ken Field is a Vandoren Performing Artist, and uses Vandoren reeds and mouthpieces for performance and recording. (vandoren.com) 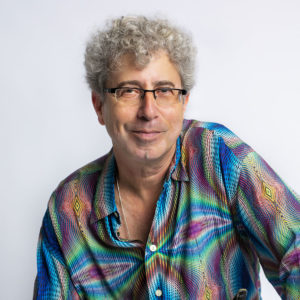 Ken Field is a saxophonist, flautist, and composer. Since 1988 he has been a member of the internationally acclaimed electronic modern music ensemble Birdsongs of the Mesozoic, with whom he has recorded eight CDs. He leads the Revolutionary Snake Ensemble, an experimental & improvisational brass band, and performs with the community-based Second Line Social Aid & Pleasure Society Brass Band. Since 2015 he has annually led a pick-up band of unafiliated musicians at the HONK!Oz Festival in Wollongong, NSW, Australia. His solo releases document his work for layered saxophones and his soundtracks for dance and film. Field was named a 2017 Finalist in Music Composition by the Massachusetts Cultural Council.

Drummer/percussionist Karen Stackpole began her career as a rock drummer in the late 1980s and soon became fascinated with improvised music and multimedia collaboration. She joined forces with San Francisco Bay Area musicians, playing new music and stretching beyond established boundaries as well as working with dancers and experimental film. In 1991 she was exposed to the wonder of gongs (Paiste in particular) and immediately altered her trajectory to include these incredibly versatile instruments into her musical vocabulary.

In her explorations of metals, she has cultivated some distinctive techniques for drawing harmonics out of tam tams with various implements: rubber mallets, felt and yarn mallets, ball chains, bass and cello bows, kitchen utensils, and other small objects. Stackpole specializes in dynamic soundscapes and textures, but has also contributed gong sounds to more conventional musical genres as well as contributing source material for film soundtracks.

She is active in the creative music scene and has participated in music festivals and performed solo in Seattle, Los Angeles, Baltimore, Chicago, and the Bay Area as well as collaborating with other gongists from the UK, Poland, and the United States. Over the years she has played with Gino Robair, John Schott, Vinny Golia, Myles Boisen, Moe Staiano, Chris Heenan, Rod Poole, Steve Roden, Dean Santomieri, Le Quan Ninh, The Bay Area Chamber Symphony, Mark Growden, Malcolm Mooney, and others. In addition to solo work, she performs and records with various projects including Machine Shop: Live Amplified Gong Experience (a duo with electronics master, Drew Webster), Sabbaticus Rex, Ghost in the House, the improvising quartet Vorticella, the Francis Wong Unit, and the rock band Steel Hotcakes.

Eric Glick Rieman is a composer, improviser, teacher, and instrument manipulator from Berkeley CA. His fascination with putting sounds into space has led him into performing with the amplified innards of a modified Rhodes electric piano which, as well as piano, has been his primary performance instrument for the past 20 years. He is also a synthesist, recording and performing electronic music using modular synthesizers.

He composes for instruments and ensembles, often including improvisation as part of the compositional structure, and has had pieces recently performed by the Mills College Contemporary Performance Ensemble and the South Berkeley Chamber Ensemble.

He has released collaborative and solo recordings on Accretions, ReR Megacorp, and Water Goes Into The Air, notably with improvisational collaborators Lesli Dalaba, Stuart Dempster, Fred Frith, and Carla Kihlstedt. 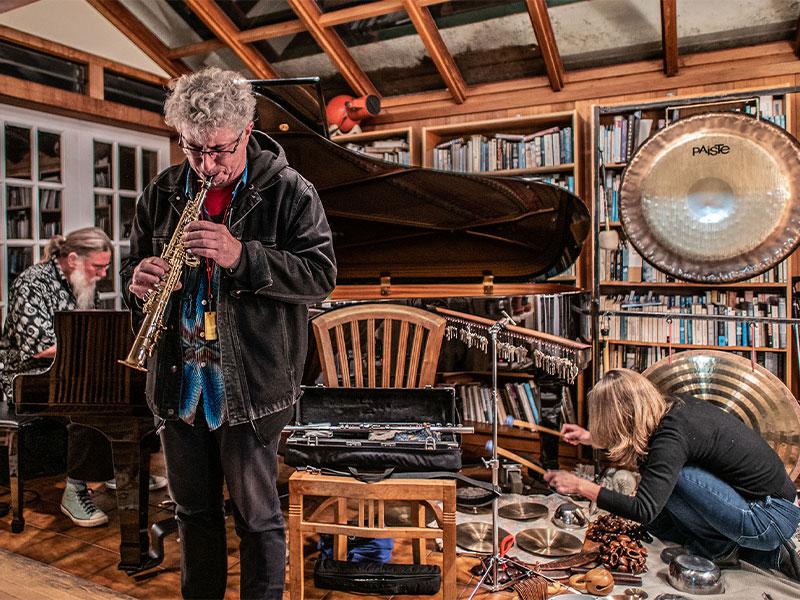