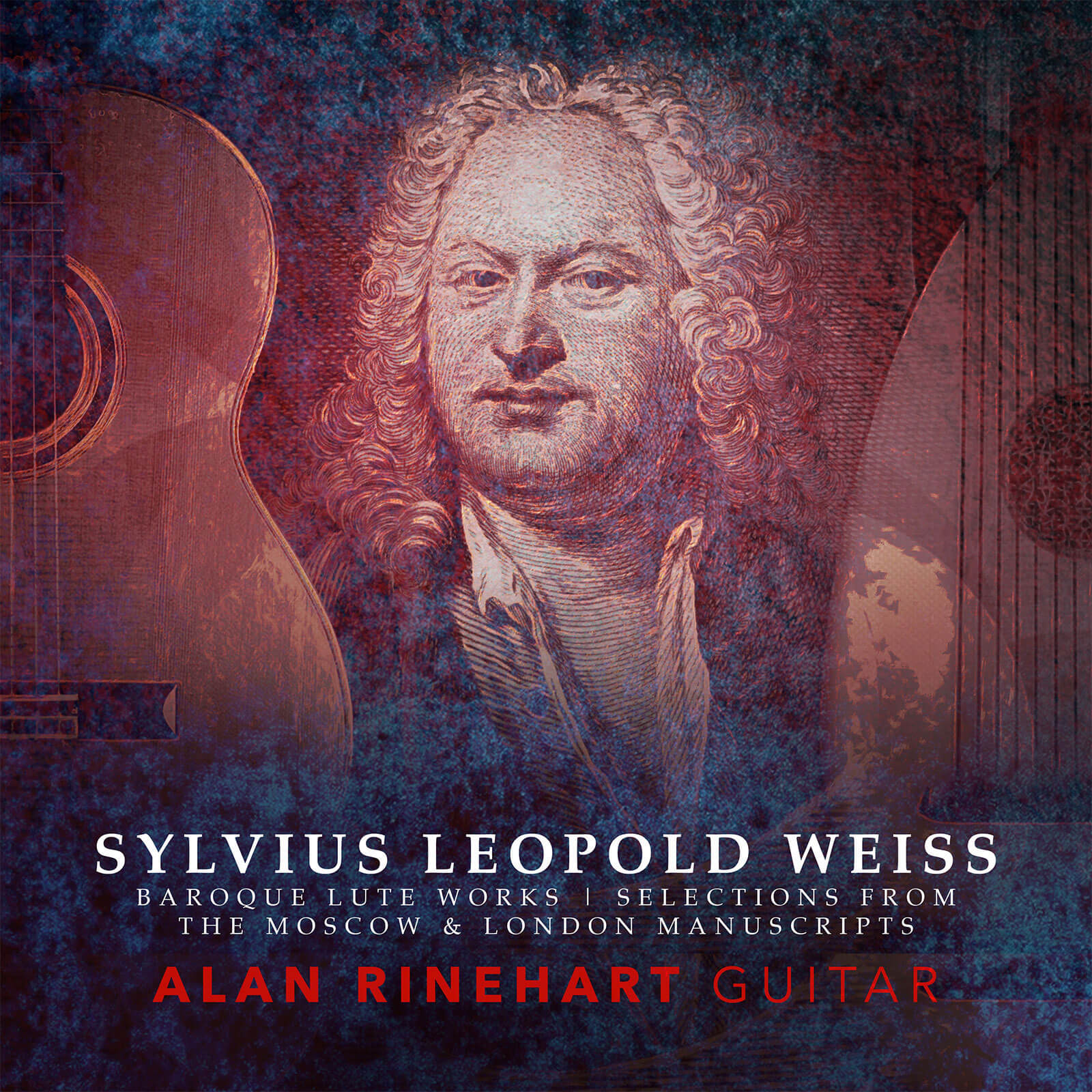 The lute often conjures images of medieval bards and travelling troubadours, but the instrument’s repertoire extends long beyond the Dark Ages. On SYLVIUS LEOPOLD WEISS, guitarist and lutist Alan Rinehart pays tribute to the composer’s legacy of the high Baroque, bringing to light a collection of works that were overshadowed by the keyboard works of his contemporaries. The album exemplifies the genre’s complexity, with travelling basslines, intricate melodies, and pleasant harmony. As Rinehart’s fingers explore the frets, they bring to life the quintessential beauty and liveliness of Baroque’s climactic period and shine light on Weiss’s oft-overlooked repertoire.

All music arranged for the 6 string guitar by Alan Rinehart from the original baroque lute manuscripts. Alan Rinehart plays a Fritz Mueller guitar on this recording.

Recorded 2017 and 2019 at NovaScribe in Kelowna BC, Canada
Production and Editing Alan Rinehart
Post-Production Jack Narsted 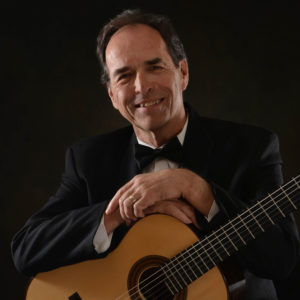 Alan Rinehart has over 45 years experience as a professional classical guitarist with many contributions to the guitar world as a performer, teacher, and music editor. Upon completing university he studied lute repertoire and technique in London, England at the Early Music Centre.

This recording is a culmination of my decades long admiration for the lute music of Sylvius Leopold Weiss. The quantity and quality of his music puts him at the very pinnacle of Baroque instrumental composing. His works, in the past, were not as recognized in the general classical music world as the keyboard masterpieces of J.S. Bach—his almost exact contemporary—or Domenico Scarlatti due to the fact that his output was entirely for an instrument which fell into obscurity for many years, along with the tablature system of notation he used for his manuscripts. My first exposure to Weiss was through the wonderful recordings by Julian Bream and the relatively few transcriptions of his music which have become an integral part of the classical guitar repertoire, some of which are included on this recording.

His music is now fully recognized as a very important part of the legacy of music of the high Baroque and there are many print editions, recordings, and scholarly studies devoted to his works.

“The clarity and quality of recording here is impeccable – conveying a fullness of tone and timbre that should mesmerize discerning listeners. Marvelous playing from start to finish, as Rinehart’s approach conveys an active and spritely spirit without sacrificing any accuracy or nuance. Excellent sound and memorable performance!”

All of the music is transcribed and translated from the original tablature for the 11 or 13 course lute. The lute that Weiss played was changed considerably from the lute common in the Renaissance. The search for new sounds and expanded range of notes led to the addition of bass courses — or strings — and a drastic change from the Renaissance lute tuning. The challenge in converting the music for performance on the classical guitar is two-fold. Bass notes which fall outside the range of the guitar have to be adjusted, and the difference in tuning systems means the left hand fingering can be quite different in the original keys and may necessitate transposing to a more guitar-friendly key. Something that is natural and relatively simple on one instrument can be virtually — or actually — impossible on the other!

The Fantasia, the Tombeau, and the Passacaille from the Suite in D are three of the best known and most often played of Weiss’ works.

The balance of the works are from the Moscow manuscript, a compilation of his works which was unknown in the West until 1963. The manuscript was not written during Weiss’ lifetime but at least a decade after his death, and it is therefore a reasonable possibility that some of the music is not by Weiss. In particular, the Menuet and Trio are in a distinctly newer style.

I had the honor — and substantial task — of preparing a guitar performance edition of the entire manuscript for Editions Orphee in 1995.

Allegro in E minor was originally in d minor. Partita in A minor — originally in G minor — has a curious ordering of the movements, with a gigue in the middle of the suite and a closing polonoise (polonaise). Partita in G major is in a simpler, didactic style and is likely an early work. Galanterie (originally in f minor) is a beautifully expressive single piece in empfindsam style. The Menuet and Trio is likely not by Weiss and could be considered more in the style of early Haydn.

Some websites useful for further study of the pieces on this recording and Weiss’s music in general include:
www.presser.com/494-02145-the-moscow-weiss-manuscript.html
The Moscow Weiss Manuscript (presser.com)
Silvius Leopold Weiss (slweiss.com)