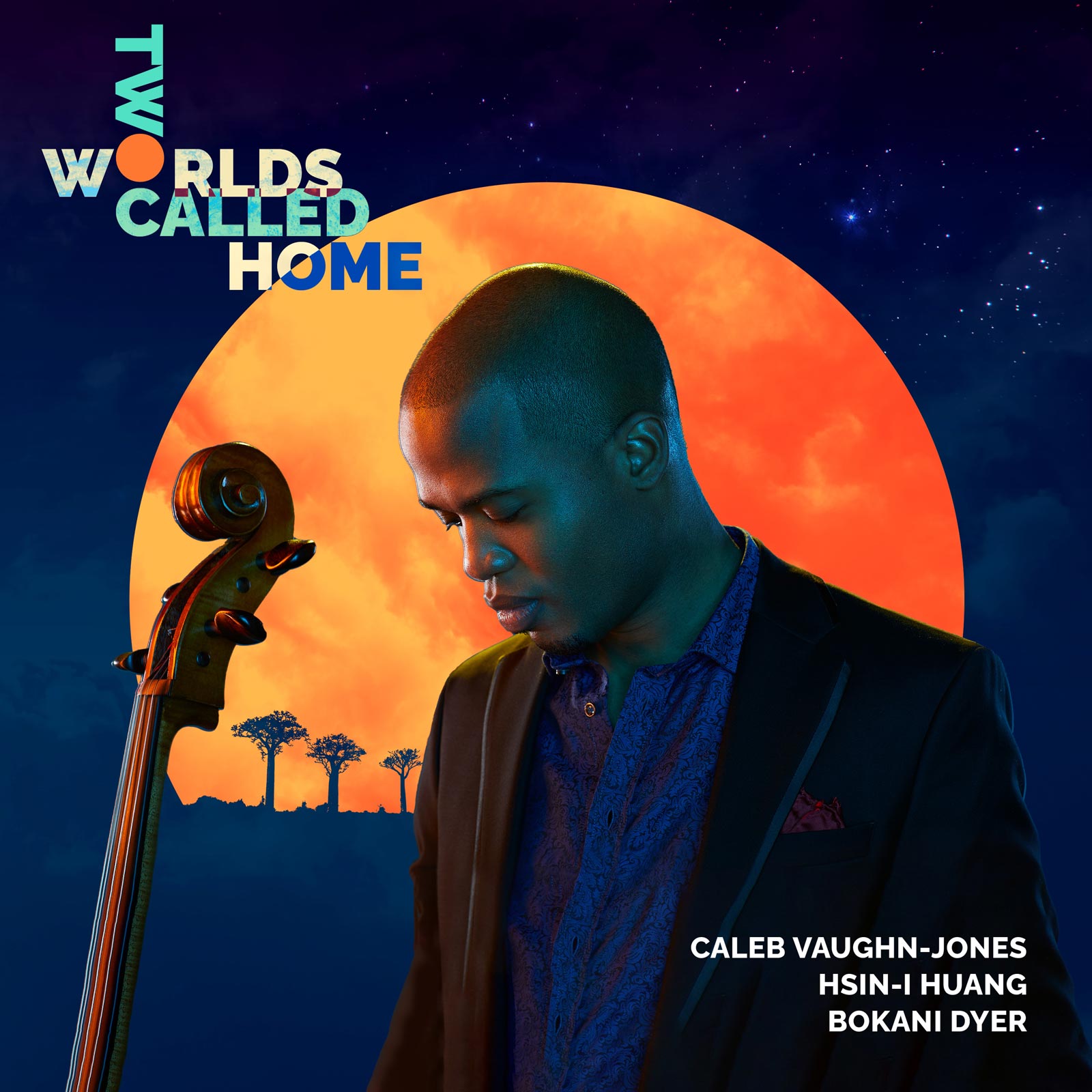 TWO WORLDS CALLED HOME is inspired by composer Caleb Vaughn-Jones’s nine-year journey as an American living abroad in South Africa. In 2011, Vaughn-Jones was a gifted cellist from Baltimore who felt a calling toward the unknown. He abandoned the traditional path of an American musician building a career and instead moved to Port Elizabeth, South Africa to teach music. In this album, Vaughn-Jones employs his skill as a cellist to express the joys and sacrifices he encountered on this incredible adventure. Ava’s Lullaby, for example, was written for his daughter when pandemic restrictions kept him from returning to the United States. Lakutshon’ ilanga (The Sun Never Sets), on the other hand, is an isiXhosa song written by Mackay Davashe during the Apartheid era that describes the endless search for a lost love. Joined by pianist Hsin-I Huang, Vaughn-Jones invites listeners on an unforgettable journey.

Acknowledgments
This album was made possible by a generous MPower Grant from the Sphinx Organization. Special thanks to Armen Ksajikian for the loan of cellos by Charles Brugère and Eric Benning. 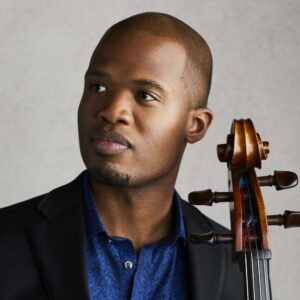 With his unique blending of musical styles, cellist Caleb Vaughn-Jones’s playing style has been described by The Baltimore Sun as an “exploratory grasp of the cello with an anything-but-classical approach to the classical repertoire.”

Born in Charleston SC, Vaughn-Jones had his first exposure to classical music by attending performances by the Charleston Symphony Orchestra.

During his teens, he was inspired by a wide range of musical styles. However, he grew increasingly interested in jazz and classical music during this time. 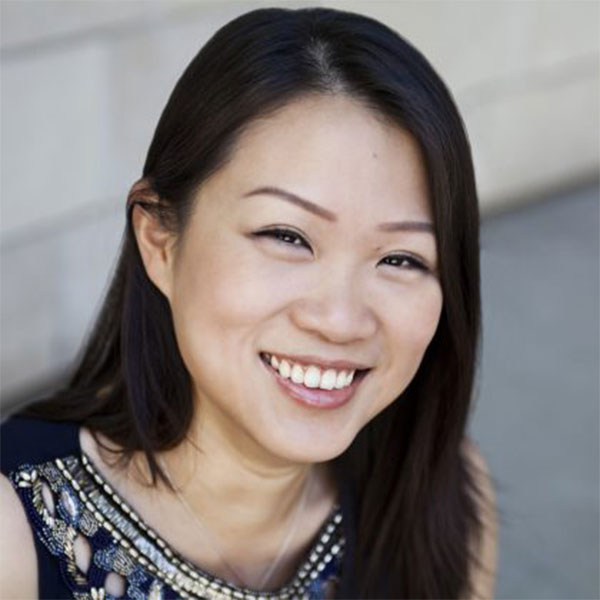 In September 2017, Huang recorded her first album with violinist Blake Pouliot for the Canadian label Analekta Records, which was nominated for Classical Album Of The Year at the JUNO awards in 2019 and received 5 stars from BBC Music Magazine. In 2019, Huang toured North America with the Game of Thrones Live Concert Experience serving as Assistant Conductor in addition to Solo Keyboardist.

Huang is also an accomplished cellist, winning many National competitions in Taiwan before completely focusing on piano.

This album is inspired by my nine-year journey as an American living abroad in South Africa. On February 27, 2011, I arrived in Port Elizabeth, South Africa not knowing anyone and leaving behind a budding performance career in the United States. At this point in my life, the typical classical music career did not appeal to me. Instead, I desired a deeper meaning for making music. Not money, recognition, or prestige. In South Africa, I was happy to teach music to students who were eager to learn. However, I eventually realized that I could never give them all that I experienced as an American who grew up in a society with so many resources. My solitary crossing into a new land would result in the most significant artistic and spiritual growth in my life thus far. Composing the music for this album was the best way I could ever express the emotions that I experienced on my African journey.

Interlude 1: Hope is named for the first word I think of when I think of South Africa. The country has great potential, not because of the natural resources nor the beautiful landscapes, but because of the people. South Africans have long realized that their greatest solutions come from within their own people. No one is going to save them from the challenges that they are faced with. I say this with full confidence because of the many young South Africans that I know who are intelligent and have excellent ideas about how to move the country forward and make it a prosperous nation. However, this will not be without great sacrifice and the perils that come with sacrifice is where ambition is often lost. This piece is a prayer for South Africa.

Sonata for Cello and Piano is a three-movement work which depicts three significant stages during my nine-year period in South Africa. The first movement, Solitary Crossing, captures the emotions I experienced during my journey from Baltimore to Port Elizabeth in February 2011. The second movement, Garden Route, is a musical journey of what I have experienced each time I have driven the long route between Port Elizabeth and Cape Town called the Garden Route or R101. The road has mountains, high bridges over river mouths, forests, and areas where you can see busy life of various townships and cattle crossing the roads. Impasse is the title for the third movement; it depicts the moment I realized that remaining in South Africa would result in a stagnation in my growth as a musician and I ultimately had to leave behind the land that I had grown to love.

Interlude 2: Direction is just what the title suggests. This interlude is all about motion and direction. Beginning with a short cello solo, the piano and cello move forward through a series of fast-moving motifs until a key change which settles in E Major. Then a lyrical melody emerges in the cello which almost feels like it could belong in a waltz.

Suite for Solo Cello was mostly composed at the end of a concert tour in the fall of 2019. Reckoning is the title of the first moment which was written to depict the feeling we all have before we must make a big decision. There are subtle hints at Bach and American folk music; the reason for including these two elements is for the listener and future performers of the work to interpret! It’s a secret. Low Country is the region of South Carolina where I was born and raised. I am proud of where I am from and miss the people there. Dilemma immediately signals conflict because of the big chords and dissonances at the beginning. However, the Bach theme from the first movement comes back and after this, things calm down. The middle section is fast and fiery. This spirals out and ends back at the refrain found in the first movement, but this time with a final resolution.

Interlude 3: New Rondo is dance-like. All three interludes were originally composed for teenage violin students. The piano provides a solid rhythmic and harmonic foundation for the cello part to play around.

Ava’s Lullaby was inspired by an event during the 2020 pandemic when I did not see my wife and daughter for 10 months due to immigration restrictions. I was in Los Angeles while they remained in South Africa. One evening while I was speaking to my wife on the phone, my daughter Ava fell and cut her eyebrow. There was a lot of screaming and a lot of blood. She was taken to the emergency room where they glued the wound. This lullaby was composed the same evening.

Lakutshon’ ilanga (The Sun Never Sets) is an isiXhosa song written by Mackay Davashe during the Apartheid era. The song was made famous by Miriam Makeba a.k.a. “Mamma Africa.” The song is about a lover who “disappeared” during the apartheid era while fighting racial oppression. The singer describes her relentless pursuit to find her lover even when the sun sets.

I will search for you in the streets
Hospital and jail cells, till I find you
When the sun sets