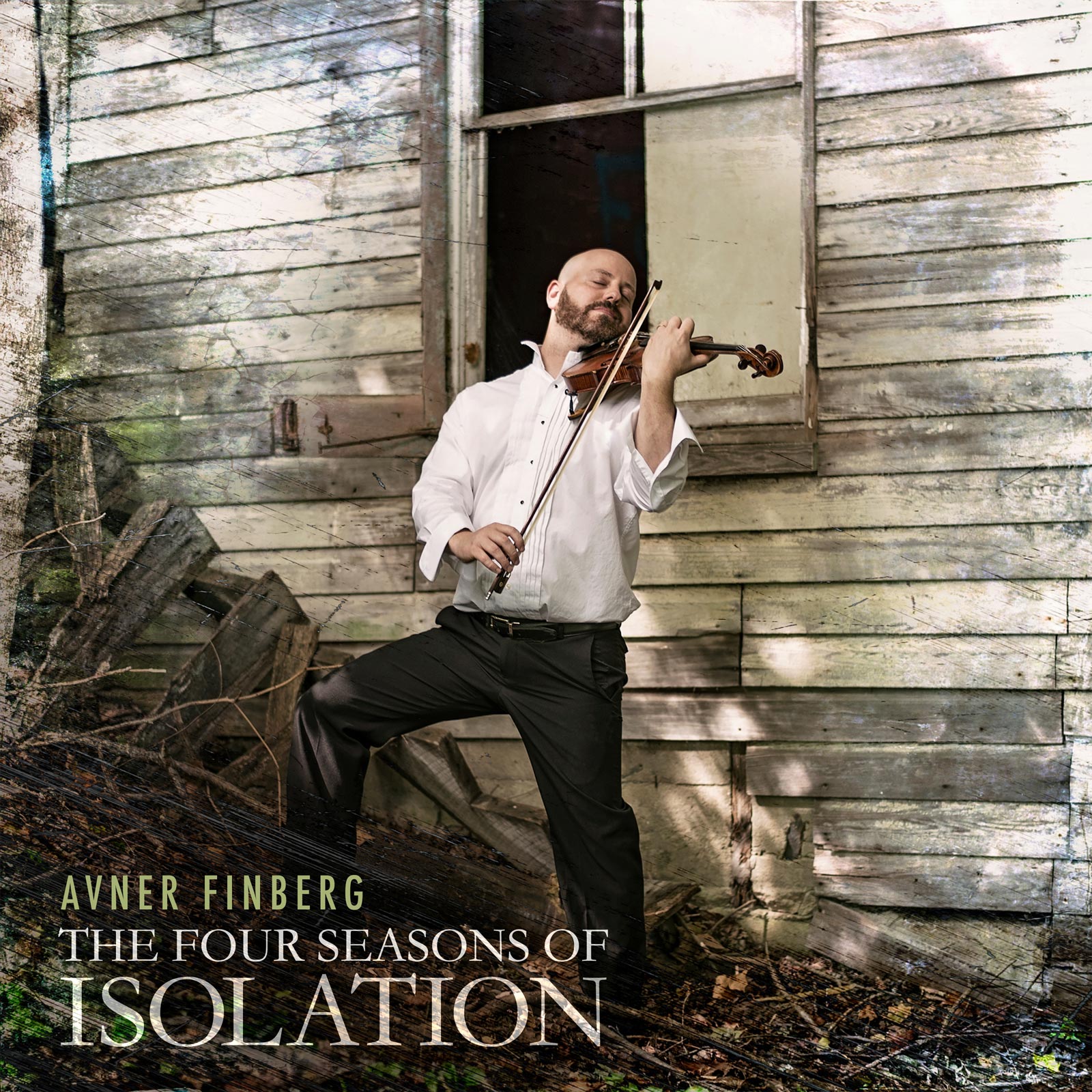 Avner Finberg’s album THE FOUR SEASONS OF ISOLATION is a moving meditation on the COVID-19 pandemic and resulting lockdowns. Finding himself separated from his fellow musicians and beloved concert audiences, Finberg took the opportunity to focus on composition and began writing this large-scale work for solo violin and electronics. Freed from the need for an accompanist, he worked in solitude to develop this musical essay reflecting on his year in isolation. The result was a nod to Vivaldi’s The Four Seasons called The Four Seasons of Isolation. Also included on the album is The Raven, which incorporates a dramatic reading of Edgar Allen Poe’s masterpiece accompanied by violin and looper. The music combines electronics and violin to create haunting, ever-expanding chords that illustrate the story. 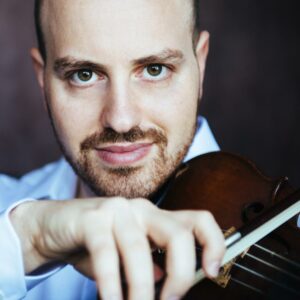 Avner Finberg is an Israeli-American composer and violinist. He studied composition with Ari Ben-Shabtai at The Jerusalem Academy of Music, with Robert Cuckson at The Mannes College, and with Susan Botti at Manhattan School of Music, where he earned a doctorate dfasin composition in 2015.

Finberg’s music has been described by Steven Stucky as “reined, mature work of impeccable technique, original voice, and considerable ambition.” His musical inspirations stem from his Israeli roots and his current life in the United States, combining without discrimination multiple world music traditions with contemporary and classical music techniques and modern technology.

As the Covid-19 pandemic separated musicians from audiences, colleagues, and venues, I found myself neither able to play music with other people, nor compose for other musicians for the foreseeable future. While in quarantine with my infant son, I managed to find time to practice music from the solo violin repertoire, music that I enjoy playing but rarely had time to prepare in normal times. As the pandemic dragged on, I started to compose a large-scale composition for violin and electronics about the pandemic. Each movement was written at a different stage of the long seasons of isolation, starting at the summer of 2020 and concluding in December 2021. Pairing the violin with live electronics meant that I could perform the piece on my own, thus freeing myself from the need for an accompanist. The resulting composition, in a nod to Vivaldi’s Four Seasons, is The Four Seasons of Isolation. The piece is an essay on the effects of isolation on the psyche, each presented as a season of a year spent in solitude. It was my intention to compose a piece that is a continuation of the tradition of violin playing of the last three centuries; thus, it was important for me that most of the accompanying tracks would be performed in real time without the use of drum loops, MIDI instruments, or any other generic libraries of digital instruments and effects typically associated with electronic music as a genre. Many of the electronic effects used in the piece, such as sine waves, ring modulation, and delays, utilize the most basic principles of electro-acoustic music, already widely used as early as the 1950s. In “The Ocean Between Us,” I created accompaniments made of multiple violin samples. By making those accompaniments controllable in real time via pedal, the performance is as flexible as a real duet between two instruments and not rigid as a performance where the tempi are pre-determined by an electronic track’s internal metronome. Only in the final movement, “In Perpetuum,” I used pre-recorded soundtracks in sections in order to contrast the expressive music of the solo violin.

Sirens – The sirens blare at the onset of the pandemic. The violin engages the simple wave forms in a duet. The resulting siren harmonies eerily slide from one chord to the other.

Echo Chamber – In avoiding the outside world the violinist pulls further into themselves, interacting only with their own echo. The echoes become a canon in two, three, and four voices, eventually reaching a mass of sound with a colossal eight-voice canon.

The Ocean Between Us – The waves of the ocean are a backdrop to the violin’s melancholy melody, a reflection on the separation from loved ones. Multiple violin samples are played through a convolution reverb to create an ocean of sound.

In Perpetuum – Exploring the anxiety of returning to a changed world, in the last season the violin journeys through digital and analog musical spaces. A fugue begins the movement and is constantly changed into new variants of the original subject material. The journey, however, neither reaches a triumphant conclusion nor a tragic ending. Rather, it stays suspended in limbo, neither here nor there.

The Raven is a classic supernatural narrative poem written by Edgar Allan Poe in 1845. It is a tale of a mysterious raven that visits a lonely man sitting in his chamber on a dark winter’s night, as he laments the loss of his beloved Lenore. Even though the horror of the story may seem tame by modern standards, this classic tale remains a gripping reflection on the loss of love and the onset of madness. The reading of the text is accompanied by incidental music for solo violin and looper. The violin plays into the loop, thus creating multiple voices in real time from a single instrument. With the use of overdub, the violin creates expansive chords that suggest escalating anxiety, terror, and the onset of madness.