The Inside Story: Juro Kim Feliz and MIND & MACHINE VOL. 4 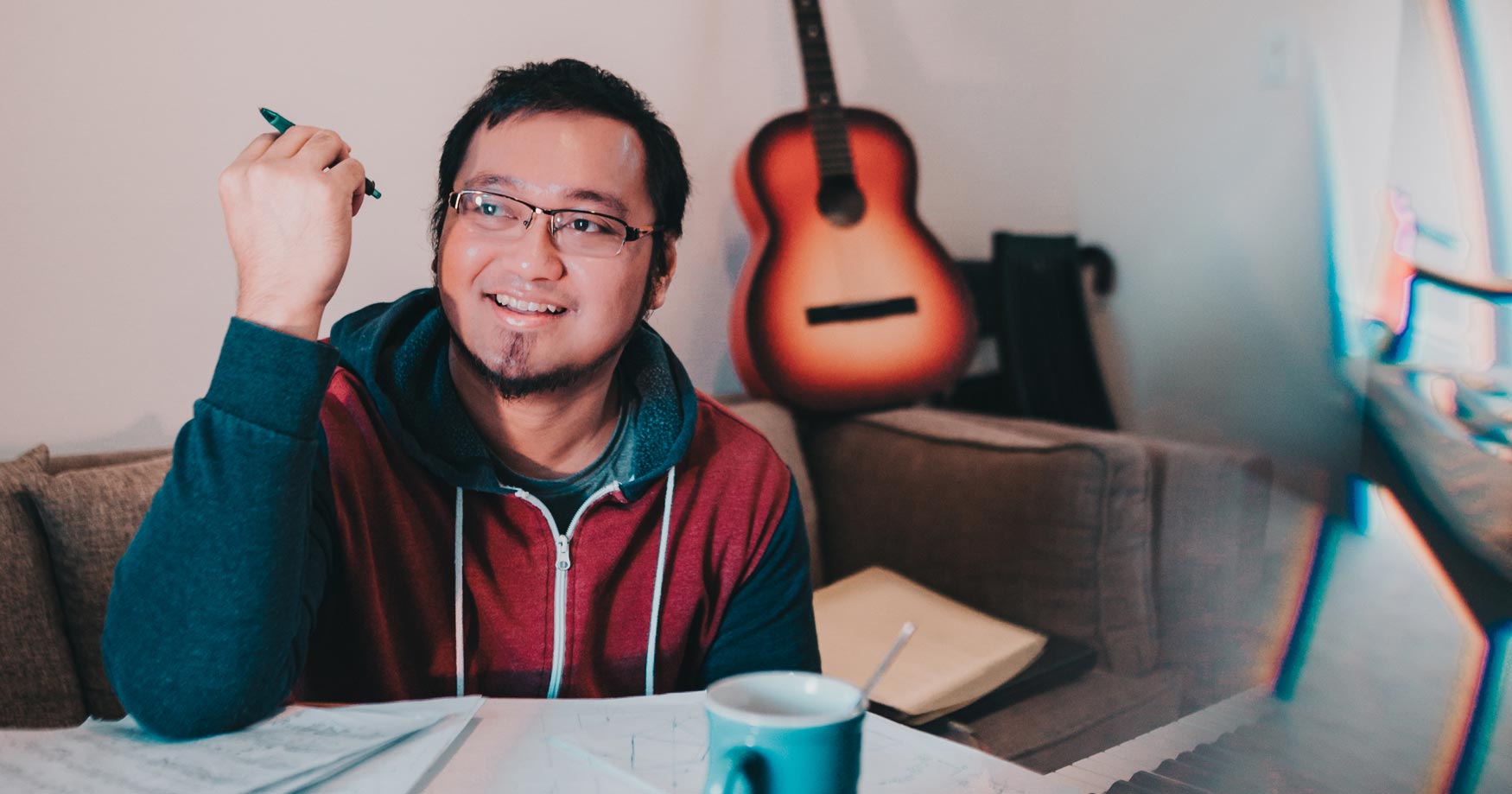 Lauded by critics as “interesting and captivating” (Cinemusical), the MIND & MACHINE series from Ravello Records returns in its fourth installment with a fresh roster of today’s electro-acoustic composers, one of which being Juro Kim Feliz, who’s piece Hanggang sa Takipsilim highlights resilient voices respond in the face of oppression.  Today, Juro is our featured artist in “The Inside Story,” a blog series exploring the inner workings and personalities of our composers and performers. Read on to learn about his passion for journalism and how it influences his musical projects, and the historical events that inspired his piece on the album…

I remember hearing 90s pop like The Corrs, Spice Girls, and Aqua as a kid in the Philippines. Local bands like South Border and Side A also fill up the radio air waves. But when I started learning classical piano in high school, Chopin became my first hero. Bartok and Stravinsky also joined the ranks later as I discovered modern classical music. Back then, I would record mixtapes. I would catch radio broadcasts of Schoenberg’s Gurrelieder, Stravinsky’s Firebird and Petrushka, and Bartok’s Piano Concerto No. 2. Randomly finding a CD of Stravinsky’s The Rite of Spring in your usual shopping mall was a treat! As mainstream pop culture dominated the media, access to such music — especially the “weird” ones — was so rare, let alone knowing people who would even know them at all. Something changed during my college days as a composition student, when bands like Radiohead and Porcupine Tree started filling the gaps in my stints as a keyboardist outside school. I also ventured into Japanese koto studies, and the music of Tadao Sawai caught a lot of my interest.

I’ll go for the unusual one. As a pianist, I performed Erik Satie’s Embryons desséchés in public a couple of times in the Philippines. This is one of Satie’s pieces that deliberately exposed his absurdist tendencies. I decided to perform this for an annual recital by the local piano teacher’s guild out of whim. My plan this time was limited due to unfamiliar territory — I wore a formal coat over shorts and sneakers onstage, while a recruit would hand out numerous Hallmark greeting cards to audience members during a particular part (it was during the “Schubert mazurka” section that made no sense). Now, take note that this was done in a conservative classical music establishment. I was not sure if there was any success in getting a reaction from the audience. Maybe I should have planned something more extreme. Maybe my recruit backed out on the spot without me knowing it. I would never know — the recital ended as if it never happened.

Making music is obviously the first answer, but I also have an interest in journalism. I used to co-produce and host a radio talk show at CKUT 90.3 FM Montreal from late 2014 to early 2017. This radio show tackled issues on Filipino migrants and the diaspora, along with interviewing various persons of interest (that included getting an exclusive interview with Filipino rock singer Bamboo Mañalac). After creating my own podcast/article miniseries (Nomadic Sound Worlds) under the Canadian Music Centre Library Residency in 2018, I also started contributing magazine articles for Musicworks in 2020.  If I could split myself in half, I would really want my other half to make a living out of researching, writing, and reporting stories in depth. This journalistic approach is something I try to incorporate more in my compositional work recently.

I remember spending time in the Wyoming wilderness during an artist residency in 2018. It was inspiring to hike through mountain trails and see the breath-taking landscape all around you. Meeting a lone stag staring out into the valley was worth the risk of traversing the trails very late right before twilight. I even wrote a song about that glorious moment. But I also remember a friend saying that artist residencies like this one are “elitist.” They would prefer living in the real world and get artistic inspiration from the grit. In a way, I would agree. Southeast Asia — the Philippines in particular, Indonesia to an extent — remains a place both for inspiration and grit for me. The opportunity of being in close proximity with cultural traditions and roots comes while raging over social ills and political upheaval. While it is not the healthiest way to spend creative time, you learn a lot about the world with that.

What does this track mean to you personally?

Hanggang sa Takipsilim (“Until Dusk”) retells history at a time when people have forgotten it, let alone intentionally distorting the truth. The victory of Bongbong Marcos in the recent Philippine presidential elections revealed the extent of that distortion — it’s as if his dictator father never committed crimes against the Filipino people in the 1970s. It was enough to re-elect a successor of someone who millions of Filipinos once sent into exile through a nonviolent revolution. But going back a few years earlier — I first saw Hannah Guanlao present her work Choose Your Own Perspective as an interactive exhibit. I immediately wanted to document her monologues! Hearing younger artistic voices speak of the homeland’s social ills was a breath of fresh air in first-world cosmopolitan Toronto. In this track, she dramatizes the hopelessness of struggle upon hearing daily rumours of abductions in the middle of the night (“Halos araw-araw, naririnig ko na lang na may isa na naman sa atin ang kinuha sa gabi”), a reference to the Martial Law years. With Jayson Palolan’s indigenous instruments, it becomes historical baggage in a faraway land. One can’t easily run away from skeletons in closets.

Aside from the gritty and glitchy soundscape, Hanggang sa Takipsilim is also my personal way of coping from heartbreak. Art becomes one’s only source of consolation. Stating that you’re siding with historical validity causes tensions with naysayers, even when they are family members or friends. The imagery of dusk in this track extends Antoine de Saint-Exupery’s sunset imagery from The Little Prince — in the story, the narrator wondered if the little prince felt sadness during the day of watching 44 sunsets. We fear the unknown, but what if we peer beyond the million broken shards of glass and find loneliness instead? What if, in the middle of piecing all broken pieces together, we only find sadness? After all, finding that no one shares your conviction for truth is a lonely, isolated position to be in.

MIND AND MACHINE VOL. 4 is available now from Ravello Records. Click here to visit the catalog page and explore this album.