The Inside Story: Paul Cohen and HEARD AGAIN FOR THE FIRST TIME 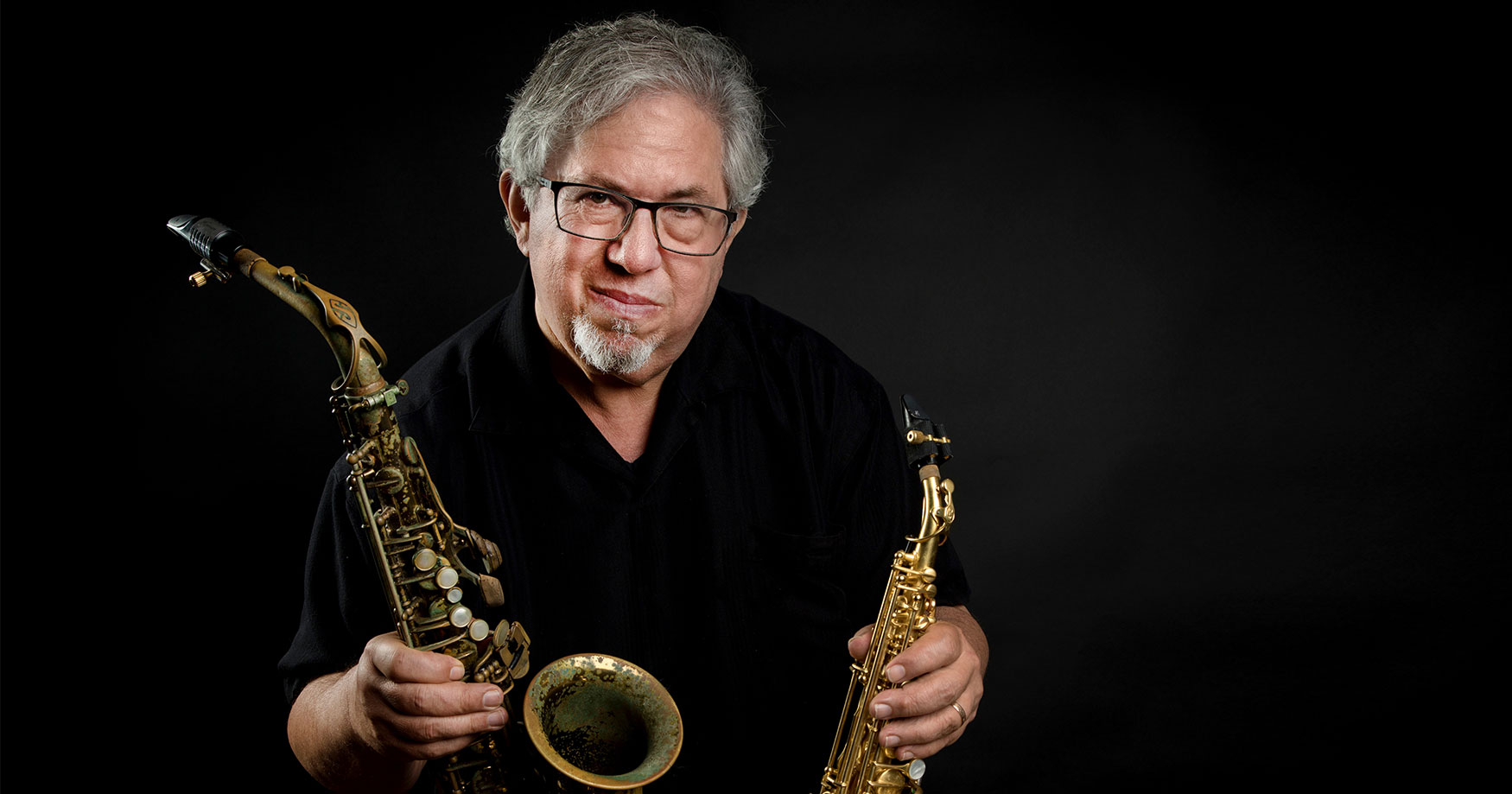 From compelling solo interpretations to dramatic instrumental flourishes, saxophonist Paul Cohen revives original works for saxophone that were lost or unknown for decades. On HEARD AGAIN FOR THE FIRST TIME, Cohen is joined by the Eastern Wind Symphony under Todd Nichols and an impressive roster of soloists who breathe fresh life into this centuries-spanning collection.

Today, Paul is our featured artist in “The Inside Story,” a blog series exploring the inner workings and personalities of our composers and performers. Read on to learn how he navigated a trumpet part live with a tenor saxophone, and how he embraces the vast and differentiated repertoire of concert saxophone.

I’ve had a number of unusual concert experiences. Once with the Greenwich Symphony I was hired to play Vaughan Williams’s Symphony No. 6 which has a tenor saxophone part. First on the program was Stravinky’s Symphonies for Winds (no saxes). Five minutes before the concert began, the third trumpet called in to say he had a flat tire and could not get to the beginning of the concert; the work really needs all the trumpets. As a wind conductor, I knew the piece very well. I offered to the conductor that I could play the trumpet part on my tenor (both in Bb) with a simple octave transposition. To my astonishment, he agreed. I assembled my instrument in the hallway, we walked out on stage together while he was explaining the conducting pattern of the asymmetric measures. All went well, and the Vaughan-Williams seemed quite easy afterwards.

It’s the job I have now. I love being a performer as soloist, orchestra member, and recitalist, as well as my role as college professor and private teacher. The best of both worlds for uncommon fulfillment.

I’m still learning to play the saxophone, and am enjoying playing, performing, and recording with the entire family of saxes from sopranino to contrabass (and including the Connosax). But if I were to choose another instrument, it would be the cello.

I have many favorite moments. There is a section of the Dahl where the saxophone has a quiet solo moment with just the tuba before the vigorous Rondo starts up again. That is very special, and does not appear in the revised version. I also am taken with the very end of the Loeffler Lone Prairie, in the very quiet ending with the viola. And, of course, playing with harpsichord and bassoon in the Roesgen-Champion is a series of endless delights and an entirely new sonority to explore.

On HEARD AGAIN FOR THE FIRST TIME, recording the original version of the Dahl Concerto for Alto Saxophone is the culmination of a 40 year project that began when I discovered the last remaining set of score and parts. From that fortuitous discovery I then began researching, performing, writing, and lecturing on the concerto, introducing it to the wind and saxophone community and hoping to find a way to make the concerto available to all. This first performance on HEARD AGAIN FOR THE FIRST TIME now makes this amazing work available to all to explore and enjoy.

I wanted to communicate to the saxophone community the experience of extraordinary music that’s different from the conventional music they are used to hearing and playing. Our repertoire is unexpectedly vast and differentiated, and the more we embrace the totality of our music, the more accepted the concert saxophone will become.

Just as important is the attempt at presenting the saxophone to the general listening audience in a manner that will be accepted as mainstream concert playing. I’m hoping the nature of the playing and diversity of music will remove the stereotype of classical saxophone playing and reveal its exquisite concert potential. 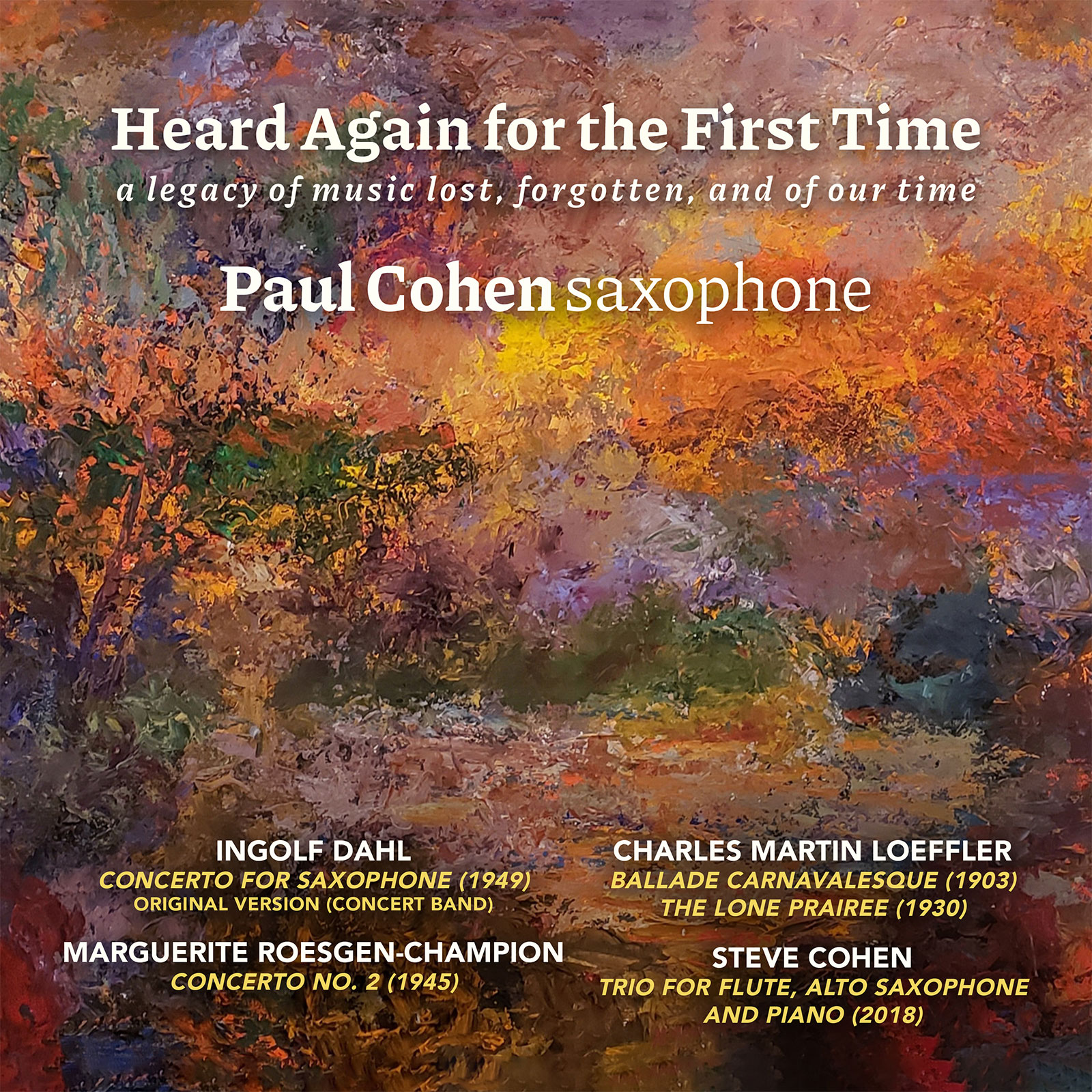 HEARD AGAIN FOR THE FIRST TIME

HEARD AGAIN FOR THE FIRST TIME is available now from Ravello Records. Click here to visit the catalog page and explore this album.