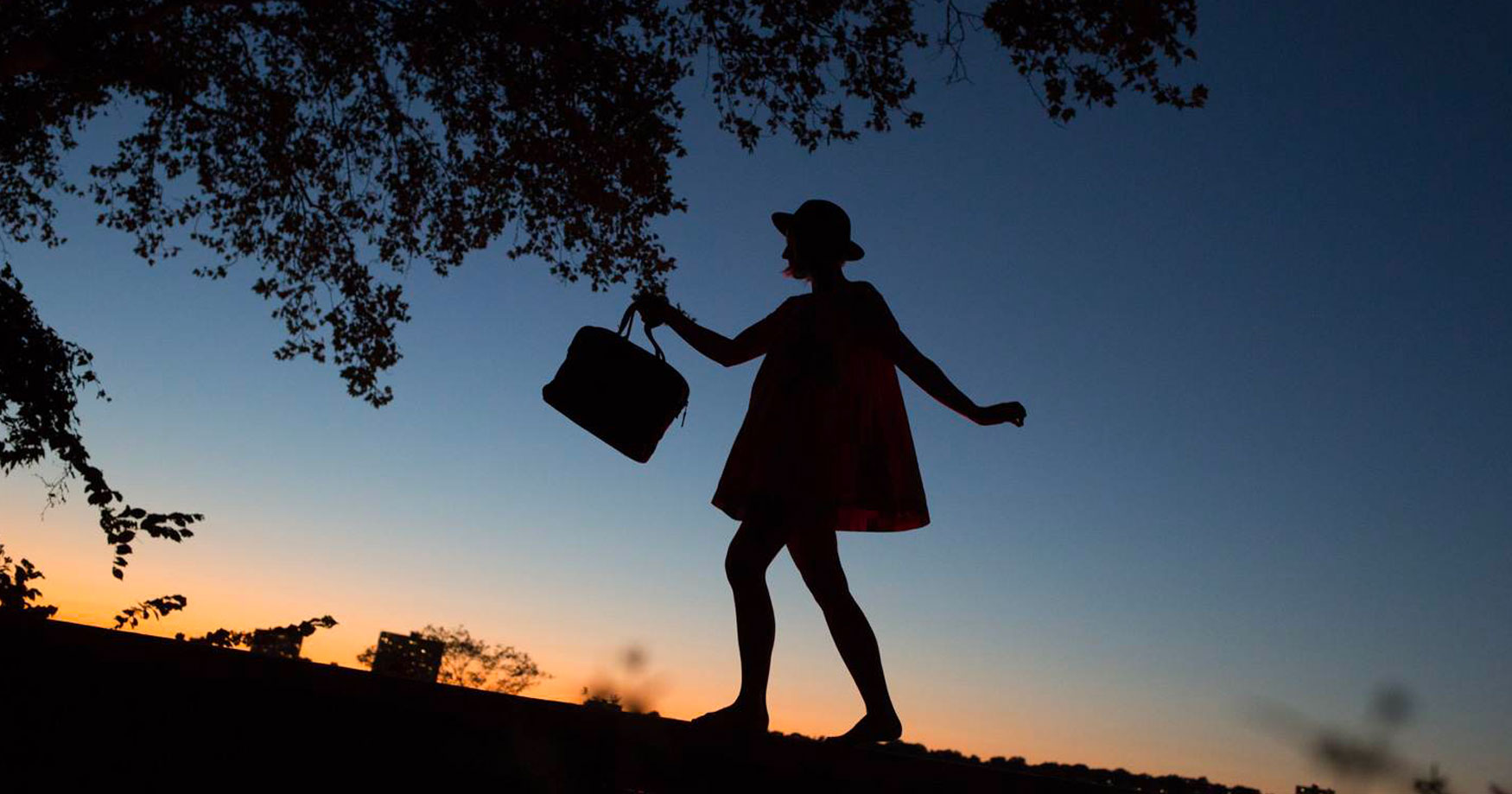 Each of Rebecka Sofia Ahvenniemi’s works focuses on the gestural and timbral qualities of sound in unique and critical ways. Drawing on concepts such as breath and articulation, Rebecka explores intimate, hidden, and embodied qualities of sound that are often ignored or overlooked. These qualities are brought into distinct focus by her compositional approach and practice. Working with scores, electronics, voices, and instruments, she creates works that range from operatic scenes, to spatialize surround-sound compositions employing Ambisonics, to solo compositions. Taking inspiration from diverse sources, Rebecka nevertheless chooses compositional methods individually for each work: each piece tells its own story and is made for a specific context and purpose.

Today, Rebecka is our featured artist in “The Inside Story,” a blog series exploring the inner workings and personalities of our artists. Read on to discover Rebecka’s thoughts on whether she likes music or not…

Percussion. I like percussion instruments. They can be used in so many other ways than merely rhythmically; for example, they can be used to create sound processes that blend with other instruments. I also like percussionists. They are used to extreme precision, to listening, and to adapting themselves to the music as a whole. They most often remain in the “background.” So, by their ordinary role in the ensemble, they have no need to be soloists and stand in the center of attention. I think percussionists would be great political leaders.

When I was growing up I listened to pop singers with partly African-American backgrounds who sang virtuosically with deep voices using large scales, such as Whitney Houston and Mariah Carey. I liked their ways of including several aspects of their voices as a part of their expression, such as blending chest voice and head voice, and their melismatic styles of singing. Later, I liked Beyoncé, and reflected plenty on her image as an artist. The appearances of women artists are more often sexualized – whether intended on their own behalf or not – by the audiences. There may not be any “neutral space” image-wise from where to perform. Instead of avoidance, Beyoncé engages in different visual images actively and artistically, though, perhaps not as consciously and ironically as some other female artists, such as Madonna.

I would be a sexologist. I would explore our physical and relational engagement in the world as gendered beings, how we interact, how we are socialized in different roles, and how this affects our understanding of ourselves in relation to not only other people, but our possibilities in the world. There’s a “groundedness” in engaging physically, through the senses and touch. The wonderful thing is that this kind of groundedness is accessible to anyone: we’re all embodied. However, I think the embodied self is easily forgotten in today’s world with “dualist” tendencies, the “mind” being treated as separate from the “senses.” Perhaps modern dancers are most aware of this? Anyway, I would not merely be an academic, but I would engage actively: I would visit schools and speak to teenage girls and boys about sex-related issues in ways that concern them as human beings.

My favorite moment is the “opera cry” in Banalala, at about 3:50. It is delicately uncomfortable. I still can’t quite put my finger on the reason for this aesthetic choice. I suppose it’s the “cry” from the middle of a world where everything is organized by human beings who, consequently, need to adapt themselves to the aesthetisized norms. It’s a cry from a suffocated world, but you can also hear the release of tension in the voice. It’s vulgar, uncomfortable, and comforting at the same time.

It’s my very first album. I like that it’s dark, airy, and has lingering silence in its expression. It presents some of my compositional research from the past years, and every work tells its own story. But also, I just like to DO things. I call it “the art of DOING.” It means to learn, and to understand, by doing, and to keep doing things without waiting for a clear reason that would legitimate it once and for all. For me, just having been through the process of making the recordings and preparing a release has been interesting and educating. What it really means to a composer to release an album today will become clearer in the process.

I hope they experience a focused and contemplating atmosphere. I hope that the music on this album can perform as a contrast to what is noisy, efficient, and entertaining in the world. Honestly, sometimes I’m not sure whether I like music at all, and I wonder whether it would be possible to create “anti-music,” or “anti-sound,” something that would swallow noisiness rather than produce more of it.

TACIT-CITAT-ION is now available for streaming or purchase through Ravello Records. Click here to explore this new album.