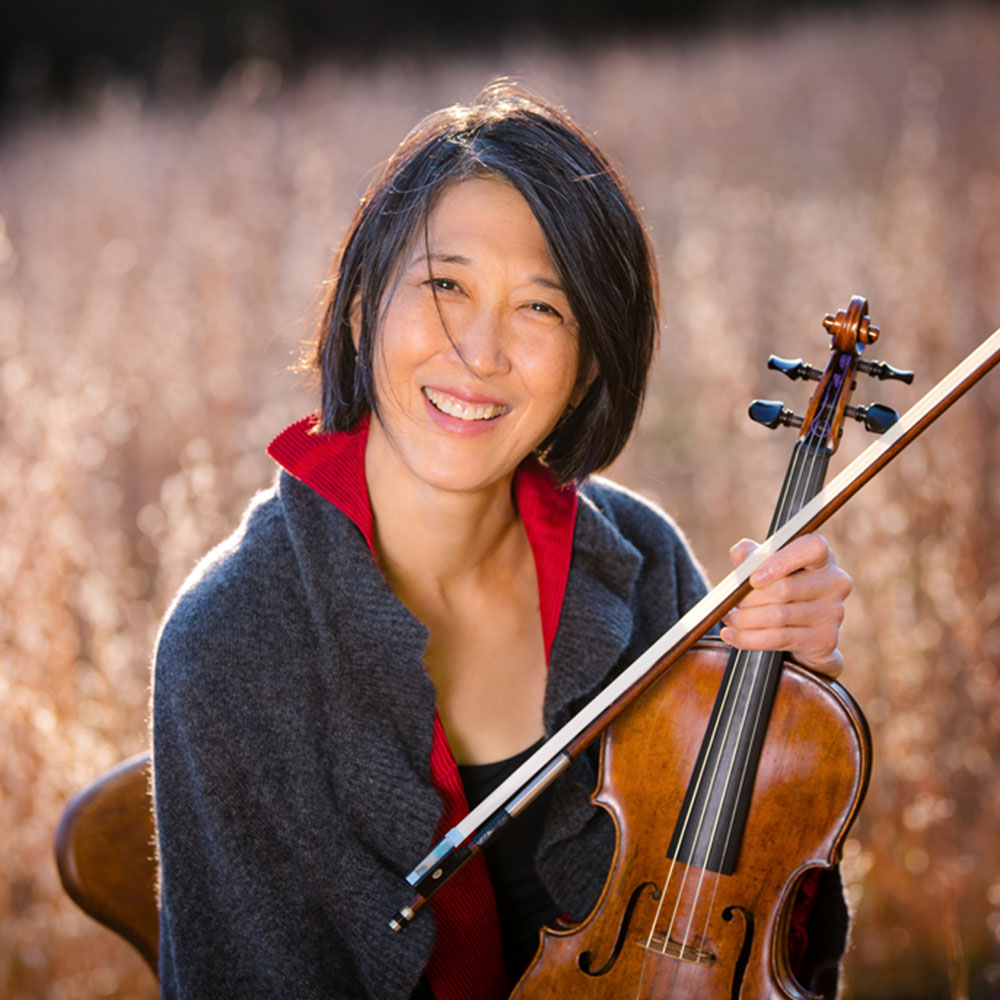 Lucia Lin has performed as soloist, as chamber musician, and in orchestras throughout the United States and internationally in a diverse multi-faceted career that also includes teaching and collaborative efforts with both visual and performing arts.

Lin made her debut at age 11, performing the Mendelssohn Concerto with the Chicago Symphony and went on to be a prize winner in numerous competitions, including Moscow’s prestigious International Tchaikovsky Competition. Described as a soloist with “virtuosity and insight” who is “passionate and graceful” (Indianapolis Star), and whose playing has “a genuine fresh quality not often heard” (Cincinnati Enquirer), Lin’s performances include solo appearances with orchestras in Europe as well as a solo recital at Weill Recital Hall at Carnegie Hall.

In 1995, she returned to the Boston Symphony and focused on chamber music, when she founded the Boston Trio. She joined the Muir String Quartet in 1998 and delved into the rich string quartet literature—performing the Beethoven cycle twice as well as the six Bartók string quartets.

The Muir Quartet’s dedication to teaching also fostered Lin’s passion for helping young artists discover their own musical voice. With influences from her own mentors—Paul Rolland and Sergiu Luca—reflected in her pedagogy, Lin teaches applied violin, chamber music, and orchestral studies as Professor at Boston University’s College of Fine Arts. In the summers she is involved in a mentorship program at the Tanglewood Music Center as well as the intensive quartet program at the Boston University Tanglewood Institute. Many of her students have gone on to hold positions in major orchestras, including the Philadelphia Orchestra, National Symphony Orchestra, Paris Opera Orchestra, Pittsburgh Symphony Orchestra and Melbourne Symphony Orchestra.

Lin’s penchant for unique projects has led her to make connections across the arts—including with dance, visual art, and literature. In 2007, Lin collaborated with the dance company Snappy Dance Theater in the world premiere of String Beings, an innovative piece integrating music with dance and technology. The work was performed for two weeks at the Wimberley Theater in Boston where Lin “proved to be as fearless and fine a dancer as musician.” (Dance Magazine)

Her newest project—In Tandem—builds on Lin’s vision of taking performance, mentoring, and collaboration to new levels. In Tandem is a non-profit initiative dedicated to bringing new voices to classical music by commissioning ten emerging composers from the Gabriela Lena Frank Creative Academy of Music.

Lin has recorded for Nonesuch Records as a guest of the Boston Symphony Chamber Players, for New World Records on a disc featuring the works of Bright Sheng, and for Parjomusic as a founding member of the Boston Trio. Her latest recording with the Muir String Quartet includes works of Kreisler, Berg, and Schulhof. Most recently, for Harmonia Mundi, Lin collaborated with harpist Ann Hobson Pilot and bandoneon player J.P. Jofre, to perform the works of Astor Piazzolla. 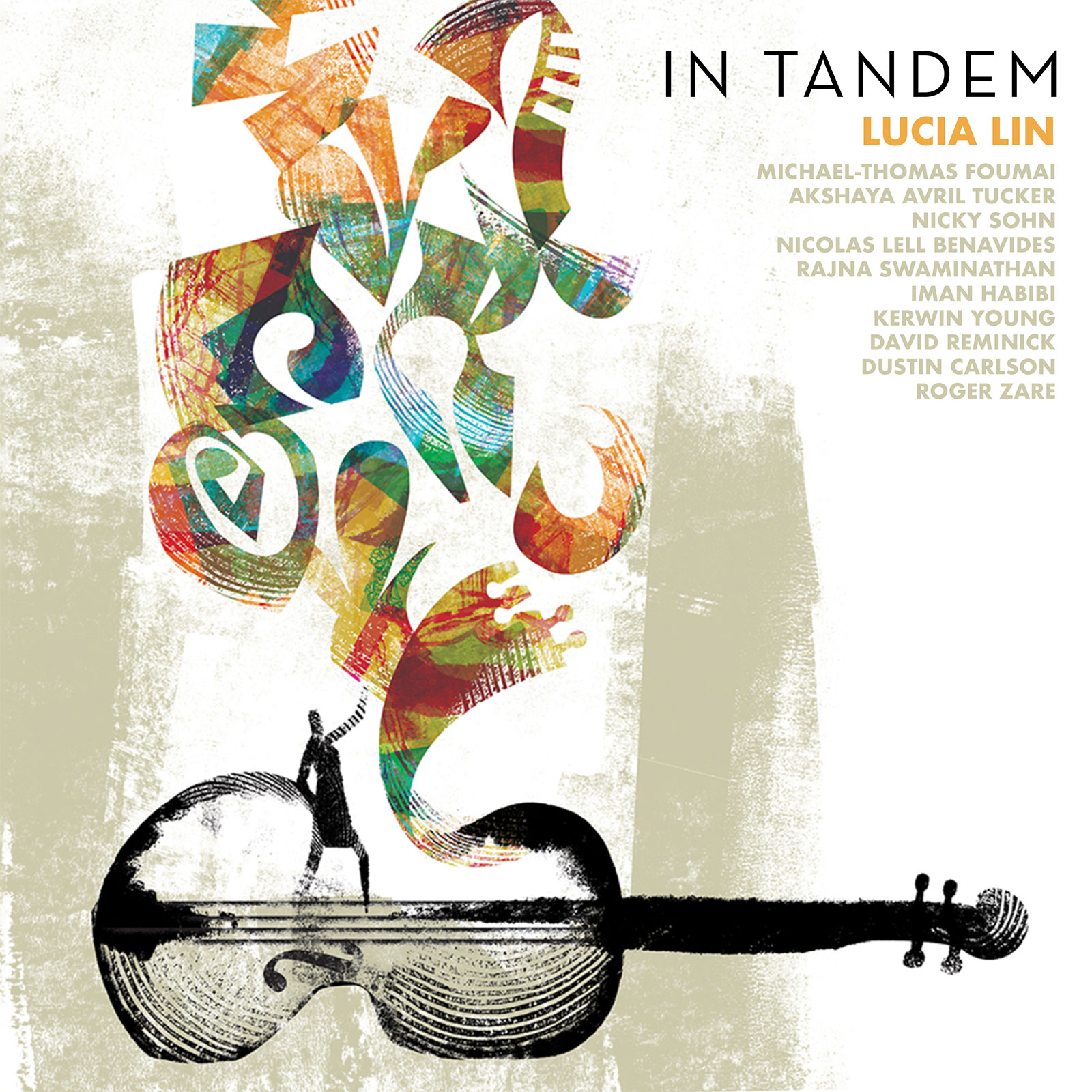 Release Date: June 10, 2022
Catalog Number: RR8059
21st Century
Chamber
Percussion
Piano
Violin
10 emerging composers assemble and offer insight into our societal world through music on IN TANDEM from violinist Lucia Lin. Each work featured on this album represents a social cause close to its composer’s heart, commenting on inequality and breaking down barriers by building social awareness. Orchestrated in intimate duo settings, Lin’s virtuosic violin playing is complemented by a variety of selected string, percussion, piano, and vocal performers, each offering a fresh ingredient to a diverse and conversation-igniting program.
Discover