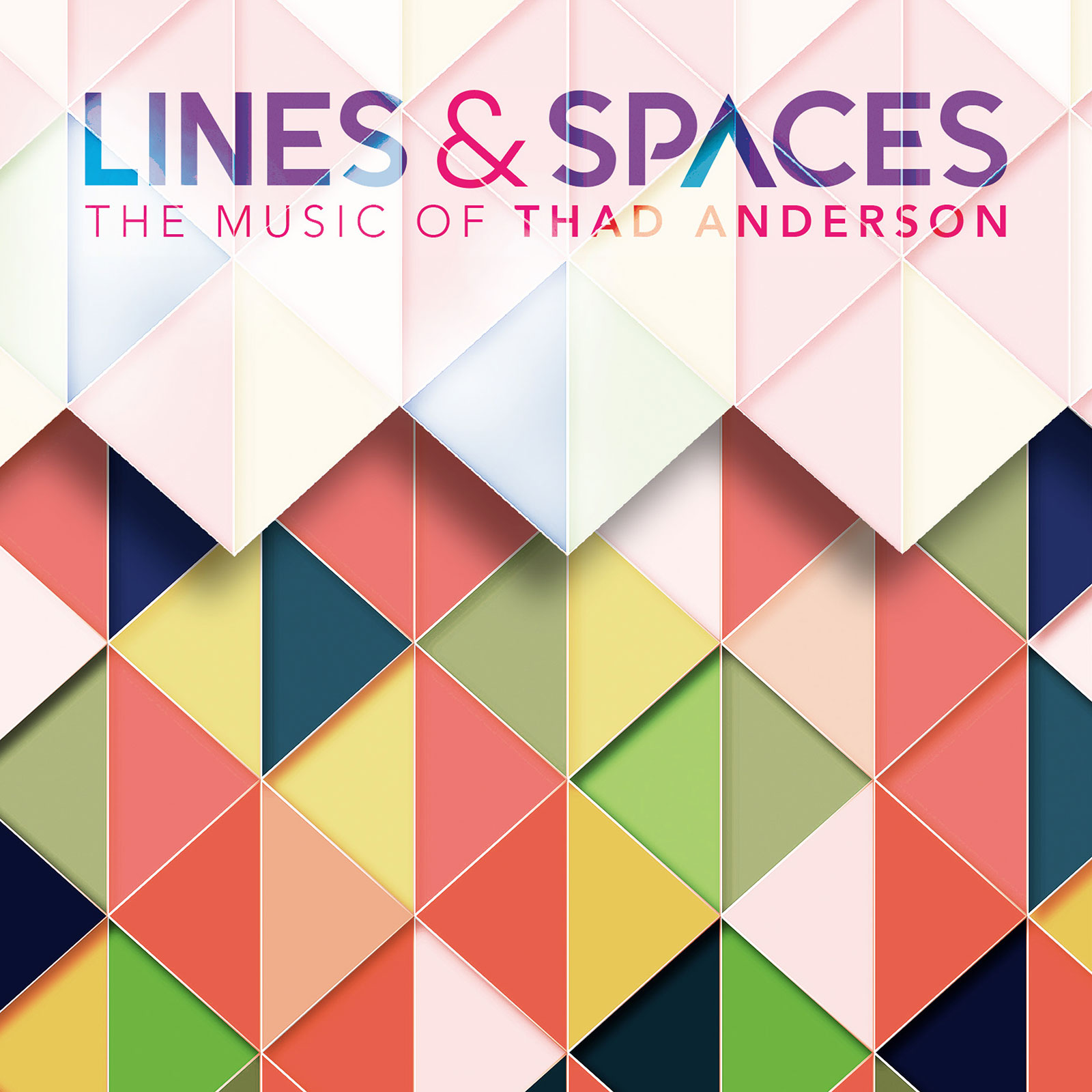 THE MUSIC OF THAD ANDERSON

The 15 tracks on Thad Anderson’s LINES & SPACES are from his Lines series, based on his compositional technique called “duration lines” that create both structure and polyrhythmic interest. Anderson integrates traditional instruments with fixed media, live processing, and tuned metals to create pieces that are infinitely malleable.

For these compositions, Anderson draws inspiration from poetry, paintings, and some early writings that predict many of the technologies now integrated into daily life. His Route is loosely based on the Emily Dickinson poem, “A Route of Evanescence,” which explores the mesmerizing hummingbird during flight. On Route, one might imagine the interaction between saxophone and electronic playback as representing the hummingbird and its surroundings. Re-Cite was inspired by painter Ellsworth Kelly’s 1951 piece Cite, which used chance practices to create a random arrangement of black and white squares.

The quintet for flutes and fixed media, Through-line, refers to a central theme or idea — an invisible thread that runs from the beginning to the end of work. In this instance, the through-line is both the duration lines that are used throughout the piece and a seven-chord progression that is used in the odd numbered sections.

Using a duration line set, Outside, Looking In features layers of single line fragments that segue and weave between one another. On this solo piano piece, the composer effectively positions the piano as a percussion rather than string instrument. Both As We May Think and Mechanization were inspired by an article by engineer and inventor Vannevar Bush (1890 – 1974) that appeared in The Atlantic in 1945. In the former, the spoken component of the electronic playback audio derives from an archived interview with the author. 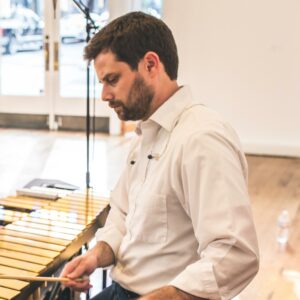 Thad Anderson (b. 1980) is a faculty member at the University of Central Florida where he has roles in the percussion, composition, and music technology fields. In addition to his teaching duties, he also oversees the Collide Contemporary Music Series and directs the UCF New Music Ensemble. Actively composing in instrumental, electronic, and multimedia genres, Anderson has composed pieces for the Omojo Percussion Duo, George Weremchuk, Grand Valley State University, Nora Lee Garcia, the Heisler/Yeh Duo, the Patterns Quartet, and Korry Friend. He frequently collaborates with immersive visual artist Diana Reichenbach and composed music for the award-winning documentary film Standard Deviation.

Sound exists as pulsing rhythm and silent spaces. Layers create reverberating consonance and dissonance. Duration marks movement from one point to another. The music on this album investigates these fundamental values of music and offers the listener a method to discover sonic lines and spaces.

The selection of works on this album, composed between 2011 and 2018, are from my Lines series. With each of these pieces, a compositional technique I have termed “duration lines” is used to create polyrhythmic consonance and dissonance, build structure, and as a compositional device to develop musical content. It is an organized method to explore the simplest components of music duration and layers.

The list of performers on this album is lengthy and represents nearly a decade of my work as a composer and performer. Without thanking them each individually, I would like to express gratitude for taking on these projects and for engaging in collaboration. This project was funded through a VPR Advancement of Early Career Researchers grant at the University of Central Florida. I would like to thank Kristin Wetherbee from the College of Arts and Humanities for all of her assistance and guidance through the process of putting this project together. My colleagues in the UCF School of Performing Arts have been incredibly supportive and encouraging over the past ten years (and beyond, in many cases). I am forever indebted to you for your mentorship and regular inspiration. Thank you for helping me think BIG.

This album of music is dedicated to Debbie, Delaney, and Emmy. — Thad Anderson