The Inside Story: Zara Lawler, Paul Fadoul, and CLICKABLE: THE ART OF PERSUASION 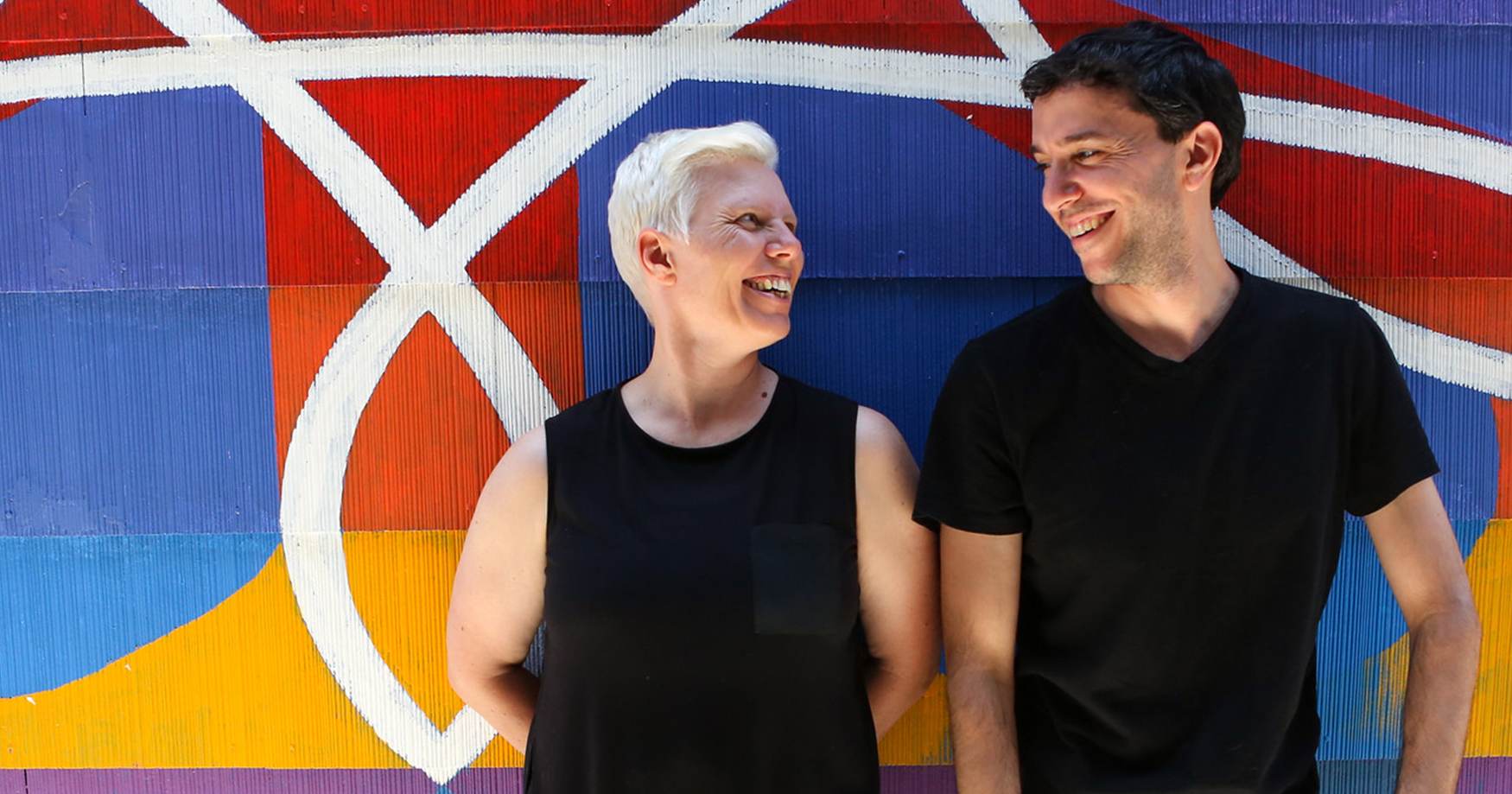 CLICKABLE: THE ART OF PERSUASION, from the celebrated duo of flutist Zara Lawler and marimbist Paul J. Fadoul, is a concept album, an audio version of a live show that uses theatrical performance and audience participation to convey the many facets of persuasion – from powerful storytelling to coercion, pressure, and manipulation. The album includes commercial jingles, a lullaby, dust jacket texts set to music, a protest song, a serenade, and a spoken-word commentary on social media.

Today, the duo is our featured ensemble in “The Inside Story,” a blog series exploring the inner workings and personalities of our artists. Read on to discover Zara’s dream job and Paul’s guilty pleasure (it involves rap and Nintendo)…

[Paul] My original Nintendo. If I have downtime, I’ll play through the original 8-bit video games like The Legend of Zelda, Super Mario Bros., or Mike Tyson’s Punch-Out. I love them so much that I’ve made rap music videos about them on YouTube!

[Paul] I have 2 similar moments that stick out for me. In our live show, these are both audience participation moments. In Common Thread, which we recorded live, the beginning of the first chorus filled me with such joy the first time I heard the track. That’s when I realized the album was going to be something special. The other moment is during Liars, which we recorded in the studio. I was hesitant to record the track since it wasn’t going to be live, but the way Jeanne Velonis overdubbed our voices singing “True Love” made me giddy with excitement!

[Paul] Guitar for sure. I play it on the album, but I’m strumming basic chords. I wish I could shred a lead solo or hang out with friends singing folk and rock songs and be able to play along on guitar like a boss.  [Zara] I feel that way about percussion! I play some percussion in the live show of CLICKABLE, while playing flute one handed on Jingle without Words; I try and channel Sheila E and Lizzo at the same time! Impressive though that sounds and looks in the live show, we decided that all percussion on the album should be played by a real percussionist, so Paul recorded all of it and our amazing producer Jeanne Velonis overdubbed it all.

[Zara] I always say that I knew I wanted to be a flutist from the first moment I got a sound on the instrument. I remember that moment so clearly, it was like a flash and I knew I would spend the rest of my life playing the flute. However, my elementary school music teacher recently sent me a copy of a letter I wrote to her before I started playing the flute, which said, “When I’m a grown-up, I will play recorder and sing and dance and put on shows with my friends.” So I guess the artist seed had already been planted before the flute was even in the picture.

[Zara] It’s funny you ask because “Fantasy Alternate Career” is a game I love to play! Two of mine are CLICKABLE-related. I think I would have a great time working in an ad agency, writing jingles and commercials… little tiny nuggets of persuasive creativity. But if I really could choose any job in the world it would be to be a folk singer, playing banjo and leading people in rousing choruses of meaningful songs. So Common Thread is sort of a wish-fulfillment track for me. 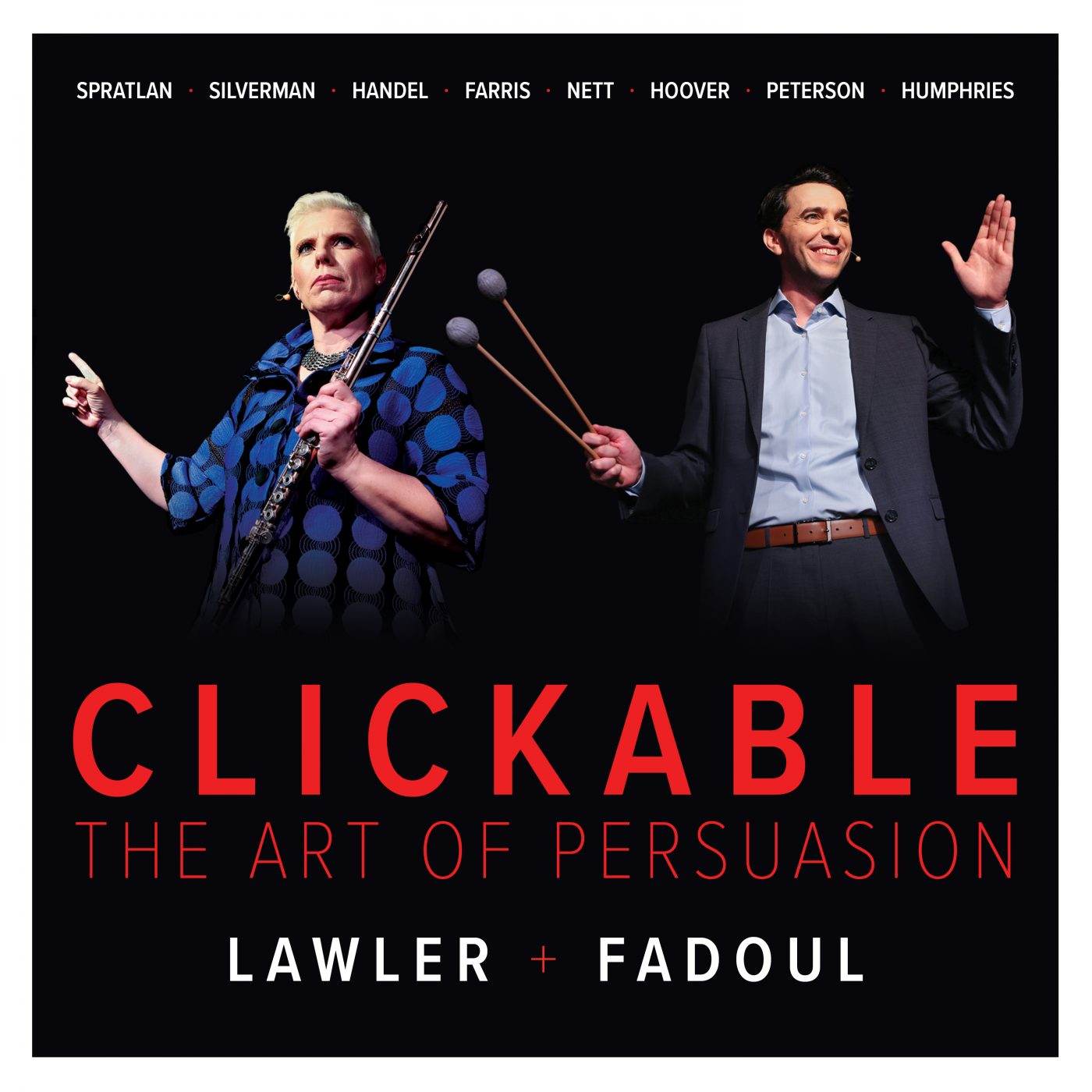 CLICKABLE: THE ART OF PERSUASION is now available for streaming or purchase through Ravello Records. Click here to explore this new album.